Anime (Walker’s Retreat): Folks know about Ghost in the Shell, and plenty know of AD Police and Bubblegum Crisis/Crash/2040. Akira is a classic, but one other title once well-known in popular Japanese cyberpunk of the 80s has since faded: Appleseed. There have been post-2000 adaptations, but none are as good as the 1988 OVA and the original manga–if you can find it–is still better than all the adaptations to date.

Publishing (Kairos): Last night I had a lively and wide-ranging conversation with author David V. Stewart on his Newpub Talk show. The billed subject was the mecha genre, but we ended up chatting about the pulps, writing, tips, and Dino Riders, among other topics.David is always fun and interesting to talk with because he’s a modern day Renaissance man with expertise in a variety of fields.

Anime (Wasteland & Sky): The ’10s were an odd decade for anime. The back haf of the ’00s suffered for many reasons, chief among them being that the industry began catering to hyper-otaku at the expense of normal customers. Despite putting out some great series, it was the weakest decade for the medium I had been around for. Many of the bad trends made their way over to the beginning of the ’10s, and it began to see that they had giving up telling stories outside of certain tropes that their old audience simply had no interest in. 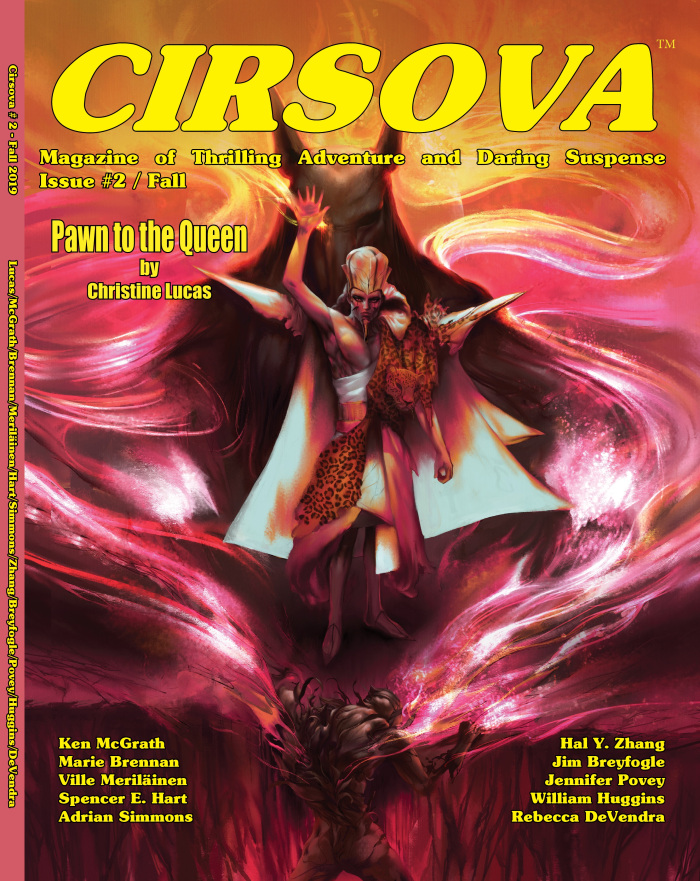 Suspense is a semi-pro publication that, in 2019, paid .0125 per word for original fiction. In addition to its flagship magazine, Cirsova Publishing has released original fiction in Misha Burnett and Louise Sorensen’s Duel Visions and the 35th Anniversary Editions of Michael Tierney’s Wild Stars. Cirsova has published 38 eligible works of fiction in 2019.

Games (Table Top Gaming News): The regular Earth is experiencing a New Year. I don’t know when New Year’s is for the citizens of Middle-earth, but 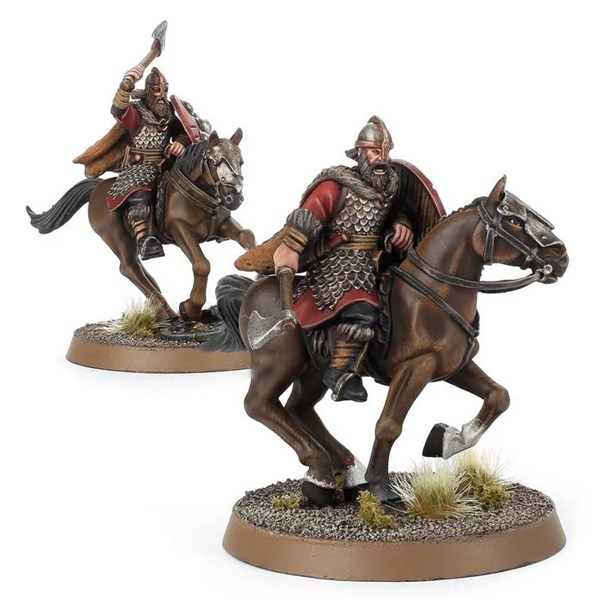 either way, you can go order some new kits from Forge World to add to your forces. Let’s take a look. Though they may not possess the riding skill of the hated Rohirrim, the horsemen of Dunland can still form a mighty charge against their enemies.

Fantasy (Mythic Scribes): This section, being technical, depends a lot on the nature of the fantasy in question. Is it low or high fantasy? How widespread is magic? Are there any fantastical/magical materials present? Can magic be used to reinforce buildings. Good examples of magical-yet-not-obviously-so fortifications are Helm’s Deep (Aglarond) and Minas Tirith from Lord of the Rings. Both Aglarond fortress and main wall of Minas Tirith had been built using magic – yet that magic takes the form of really advanced technology, and provides obviously fantastical fortifications without obviously breaking any laws of physics (Angrenost/Orthanc and Barad-dur are more obviously fantastical).

Mythology (DMR Books): Nordic mythology, as a scholastic study, has been 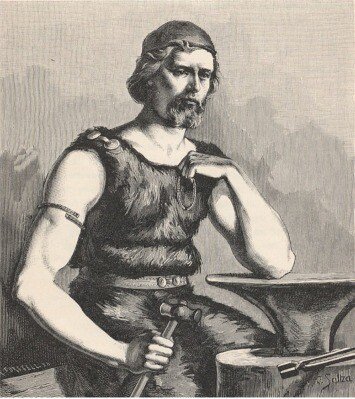 read for enjoyment for a long while. Yet, if truth is told, its current state represents only a ruin of the mighty edifice that it used to be, back in the days when the ancients recited its songs and drew wisdom from them. All that we are told of the myths comes from a few Christian-era stories and a smattering of poetry from a somewhat older era. But even these diminished remnants fill two decent-sized books. But it is obvious that saga of the Northmen once upon a time had been an epic along the order of the Homeric epics or India’s Mahabharata. 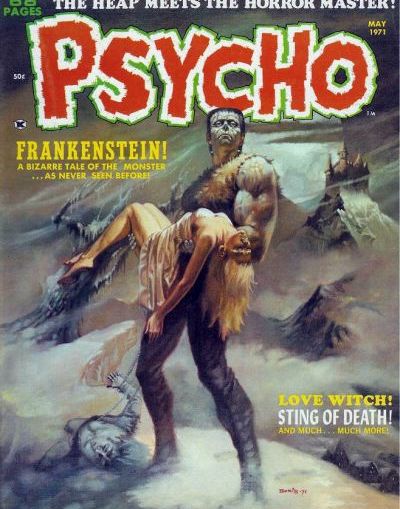 Creepy, Eerie and Vampirella that flourished for about four years in the early 1970s. It offered non-Comics Code violence and nudity as well as some gorgeous artwork. Like the Warren magazines as well as the Marvel black & white magazines that forced them out, the Skywald stories were usually set in creepy castles. Sometimes they were set in the North.

Pulp (Glorious Trash): This volume of The Spider repeats the Yellow Peril 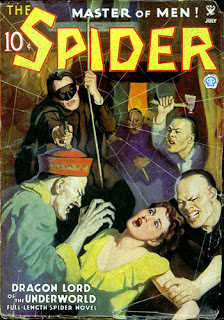 vibe of the earlier (and superior) #15: The Red Death Rain; as expected, Richard “The Spider” Wentworth never once reflects on that previous caper, but then the entire series operates on a sort of reset mentality. I mean at one point Wentworth worries over the “teeming millions” who live in New York, but you’d figure after the previous twenty-one volumes of slaughter, massacre, and devastation the population would be down to just a few thousand survivors.

Paperbacks (Paul Bishop): Of all the paperback original men’s adventure series to hit the spinner racks in the 1970s, The Aquanauts is possibly the

best example of a brilliant series concept sabotaged by moribund writing. In my opinion, the depths of the writing mediocrity of the series is as deep as the Marianna Trench, and it’s incredibly frustrating. I really want to like this series. I’ve tried several times to like this series. I’ve tried starting with different books in the series, but each time I simply can’t get past the first few chapters. 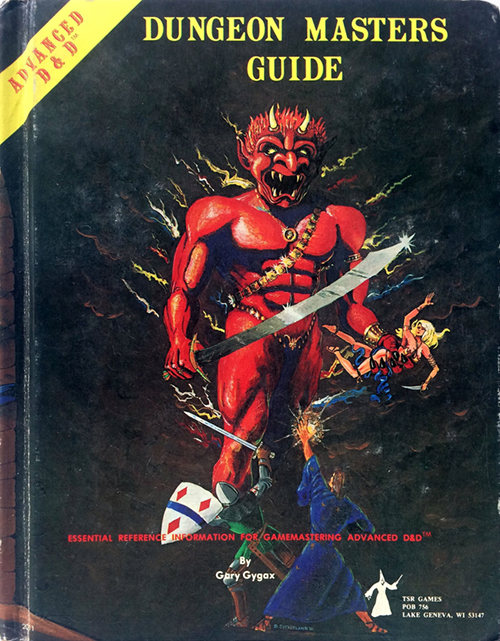 Crawl Classics like fish and water. Peanut butter and jelly. Robert E. Howard and Conan. But what exactly IS Appendix N?  Appendix N is the list of books that inspired Gary Gygax to create D&D. This bibliography first appeared as an appendix in the AD&D Dungeon Master’s Guide—specifically, Appendix N—which is why the list is known by that name. To write DCC RPG, author Joseph Goodman read every book in Appendix N (over the course of several years) to try to channel the same inspirations as Gary Gygax.