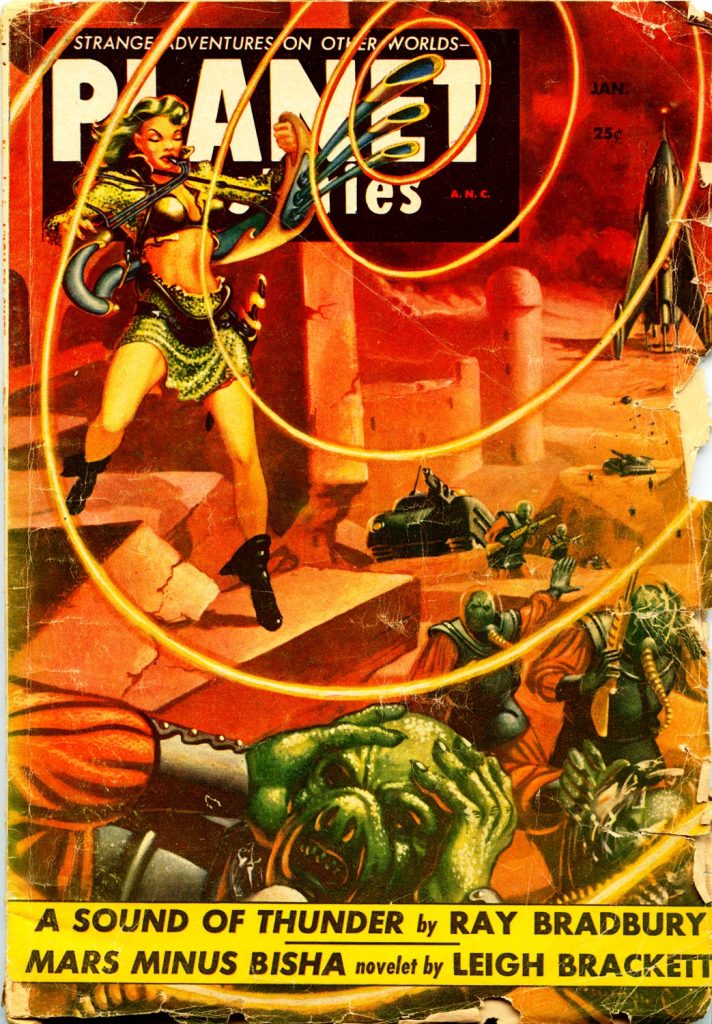 Science Fiction (Not a Blog) A Sadness — “The Hugo voters knew what they were doing when they gave Pournelle that first Campbell; he went on to have an amazing career, both on his own and in collaboration with other writers, particularly Larry Niven. With INFERNO, LUCIFER’S HAMMER, FOOTFALL, and (especially) MOTE IN GOD’S EYE, the two of them helped transform the field in the 70s. They were among the very first SF writers ever to hit the big bestseller lists, and among the first to get six-figure advances at the time when most writers were still getting four figure advances… something that Jerry was never shy about mentioning. Though he was nominated for a number of Hugo Awards in the years that followed, he never won one… but if that bothered him, he did not show it. ‘Money will get you through times of no Hugos better than Hugos will get you through times of no money,’ he said famously.”

Books (Alexandru Constantin) Barbarian Book Club: August 2017 — “It’s amazing how a fantastic writer like Clavell can pack so much action, excitement, and romance into a single novel compared to 21st-century fantasy writers who write epic multi volume works where nothing worth reading happens for entire books.”

Pulp Revolution (Jon Mollison) Modern Sci-Fi, A House Build on Sand — “Worth noting is how the modern refusal to ground Star Trek in the fertile soil of actual, no-fooling morality characterized by stark contrasts between good and evil has drained the weight and import from the genre. If you refuse to accept the existence of objective good and evil, if the only thing that ever motivates your villains are ‘daddy issues’, if you bridle at the thought of judging people for their vices, then you cannot create compelling storylines that draw people in and inspire them to read more and be better people.”

Pulp Revolution (Mighty Thor Jrs) Book Review: Thune’s Vision by Schuyler Hernstrom — “I cannot recommend this book enough. If you are a fan of REH, ERB, Vance, or any of the other great authors of an era gone by this book should be on your radar. I want to make one thing very clear, these stories are NOT pastiche! This is new and original with everything that made the stories of REH and others so great. I can’t wait for more from this promising new author. I will be first in line, money in hand for more stories!”

Science Fiction (Glenn Reynolds) Science fiction writer Jerry Pournelle offered fact-based hope for our future — “And while that was going on, the voices in the media were all preaching gloom and doom. Stanford professor Paul R. Ehrlich, in his book The Population Bomb, was predicting food riots in America due to overpopulation. A group called The Club of Rome published a report titled The Limits to Growth that suggested it was all over for Western technological civilization. Bookstore displays were filled with books like The Late Great Planet Earth that announced the end times. And if that weren’t enough, most people figured we were heading for a global thermonuclear war with the Soviet Union. It looked like we were headed for some sort of apocalyptic future in which Charlton Heston would be the only survivor besides a few apes or mutants.” 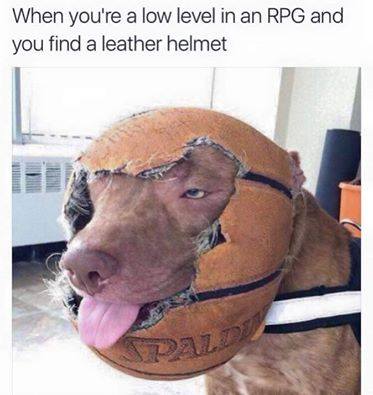 Trends (The Frisky Pagan) “Lit Bait” and preferences/discrimination in genre literature. — “The artistic preferences of SF&F editors go way beyond a possible gender bias (which I’m sure exists in some places.) You could be a woman of color with an African-Asian name and a card-carrying member of the Communist Party that if you write a certain type of story, it will be ignored. If it gives off just a whiff of testosterone or sounds like an action-packed adventure yarn with a preference for honest and unironic drama and fun, without any pretense of being ‘mature,’ it won’t be accepted. After all, they have an artistic image to maintain. They can’t just publish any pulpy trash!”

The New Commentariat (Injustice Gamer) Alt Culture, or not. — “Books? Well, just another place where the movers and shakers mostly prefer to stay ignorant. This case, unlike music, I’m glad about. Why? Because their willful ignorance leaves a place for people like me. If those media were actually paying attention to small press and independent authors, I’d have a much harder time with audience growth. They want to ignore anything but big NY publishing, I’ll gladly fill part of that huge gap.”

Culture (Kairos) Losing the Plot — “The issue is that conservative movers and shakers have been programmed to see ‘mere entertainment’ as trivial compared to ostensibly more important economic matters. They’ve swallowed the reductionist lie that art and other non-quantifiable marks of culture aren’t real and therefore can be safely ignored. As the near-total triumph delivered to the Left through their converged academic and media organs proves, the economic reductionists are dead wrong.”

Appendix N (Who’s Dreaming Who) Black Amazon of Mars (1951) by Leigh Brackett — “This story surprised me. I was expecting a dated pulp adventure similar in quality and style to Burroughs’ ‘John Carter of Mars’ tales. Instead, Brackett’s prose is crisp and fluent. The writing feels fresh and the story is exciting. The author refrains from over-explaining the world she has created. She drops us into the middle of it and shows more than tells the adventure.” 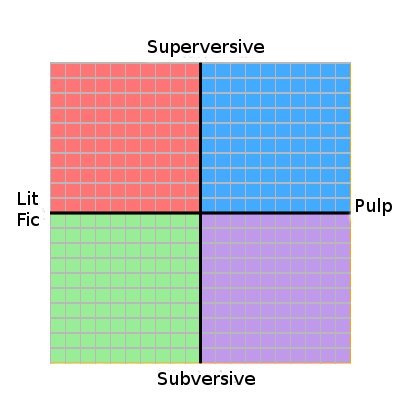 Role-playing Games (Waker’s Retreat) Why I Stopped Caring About GenCon: It Does Not Matter Anymore (For RPGs) — “The tabletop RPG business is notoriously bad because it’s a hobby category that is extraordinarily friendly to homebrewing and no less hostile to officialdom-as-business-model. For all that gets talked about Organized Play and convention focused products, most folks still play at home or in (psuedo-)club environments where the traditional way of play remains dominant. We don’t need More Stuff, believe it or not, and more gamers are finally admitting it- as shown by the shifts in the bigger tabletop retail world.”

Appendix N (MPorcious Fiction Log) The Sword of Rhiannon by Leigh Brackett — “Sure, we’ve seen all this stuff before from a host of people ranging from van Vogt (whose Ptath also features a god in a time traveler’s brain) to Michael Moorcock (perhaps Brackett’s most famous and outspoken fan, whose heroes are always bouncing between dimensions and getting involved in sword-swinging wars in which ancient super weapons and people switching sides play a part) but Brackett’s writing is sharp, clear and vivid (whereas van Vogt is deliberately obtuse), her characters seem to bubble, on the brink of exploding, with raw animal emotion (whereas in my memory Moorcock’s characters seem cold and detached, stark and inert mythic archetypes instead of passionate, flesh and blood people like Brackett’s), and the plot here is compact and smooth, with diverse settings, a variety of types of scenes and a real velocity, and no unnecessary digressions or cumbersome subplots.”

D&D (The Frisky Pagan) You are not doing it wrong, but change it anyway: injuries and healing spells in D&D — “If for the HP system to make sense (narratively speaking, that is) we have to believe they do not represent constant or objective wounds, what about healing spells? Why would a pathetic Cure Light Wounds heal a wretched peasant who suffered a lethal injury (e.g., 6 points of damage) and bring him back to perfect health condition but then, when trying to heal Ragnar Ragnarson, level 8 Fighter (52hp) from certain death, the same spell only brings her back to ‘barely alive”’ For Ragnar, those six o eight healed points of damage were indeed ‘light,’ but poor Cletus almost died from the same damage! Do we have to assume clerics can save an average man from certain death with a single spell but if they have to heal Batman the whole thing breaks down? Well, yes. The problem, however, is not the game, which works fairly well, but how do you explain what is happening.” 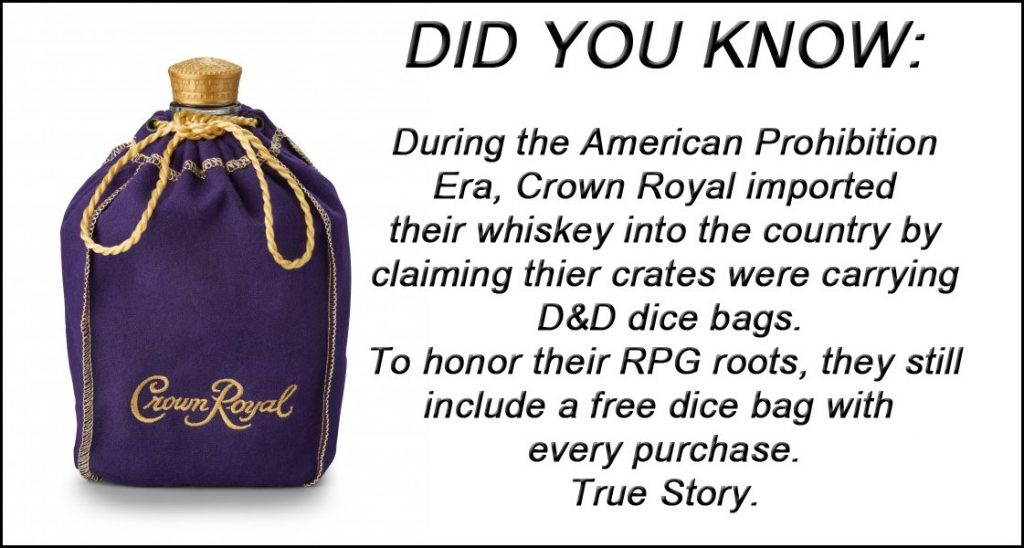 Pulp Revolution (Mighty Thor Jrs) Guest Blog: The Future is a Democracy by Jon Mollison — “While the door to publishing has been barred to wrongthinkers for decades, the window opened by the recent technological revolution stands wide open. Climb out now, while you can, because those who barred the door are doing everything they can to slam the window shut. Their vision is weak, and they cannot survive in an open market, and they know it. They fear freedom for writers, and they fear freedom for readers. They are voting every day against that freedom, and they have considerable powers at their disposal. But you, dear reader, have a power all your own. You have the power to bring about a better future than the one they have planned for you. All you have to do it choose it.”

D&D (Autarch) Critical Hits — “If the result of a successful attack throw is a natural (unmodified) 20, the attacker has dealt a critical hit to its target. When a critical hit is dealt, the target suffers double damage and must make an immediate saving throw v. Paralysis. If the save fails, the target suffers a critical effect in addition to double damage. The target’s saving throw should be modified by 4 points per category of size difference between the attacker and the target….”

Comment (Greg Gorgonmilk) Things Have Been Lost — “I graduated high school in the late 90s, a pivotal time for nerd culture. Comic books were (in general) still riding the dark train of the 1980s, but the ground was thoroughly broken at that point — dark characters were transitioning into self-parodic/ironic characters. Feeding this trend was the work of Kevin Smith and Joss Whedon. These guys were much-beloved, but their pipes only really played one note. Verbose, self-referential, flat dialogue was the soup of the day, and it spilled into EVERY entertainment medium. It became the default humor.” 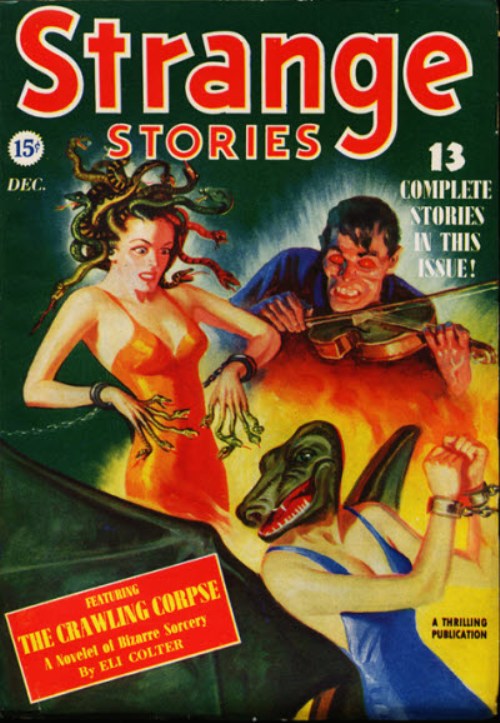 Pulp Revolution (David J. West) Walking Through Walls — “I looked at the project as a writing exercise since I had to come up with a quick tale of around 2,000 to 2,500 words an issue and hook the reader each time, have a wrap-up but also a cliffhanger for the next chapter. It was fun but perhaps lacks the flow of a novel. Most of it is first person featuring a character named Kenaz, who is no secret prince, no chosen one waiting to be called forth, no great fighter, no man of means or anything special, but he can travel outside his body and gather information. So that’s his semi-criminal profession, but then he gets wrapped up in a job for multiple employers that all conflict with one another and that’s where he gets smacked with a fistful of trouble.”

Appendix N (Black Gate) Future Treasures: The Complete Psychotechnic League, Volume 1 by Poul Anderson — “The Psychotechnic League began as a Future History, a popular beast among short SF writers of the 40s and 50s. Anderson published the first story, “Entity,” in the June 1949 issue of Astounding Science Fiction, and set the opening of his series a decade in the future. The series continued for the next two decades, (appearing in Astounding, Planet Stories, Worlds Beyond, Science Fiction Quarterly, Cosmos, Fantastic Universe, and other fine magazines), eventually extending into the 60s. In the process, his “Future History” gradually became an “Alternate History,” as history trampled all over his carefully constructed fictional timeline.