version of the 9mm Beretta 92FS, has been in continuous service with the military since 1985.

For several years there has been plenty of programmed concern in picking its replacement. Over a decade ago was the Future Handgun System (FHS), which merged with the U.S. Special Operations Command (USSOCOM) Joint Combat Pistol (JCP) program. The idea was to quickly and inexpensively pick a suitable, off-the-shelf M9 replacement. Several years and millions of dollars later yielded no change.

Star Wars (Arkhaven Comics): Obi-Wan Kenobi is fundamentally uninteresting because the protagonists Obi-Wan and Leia have impregnable plot armor.  So does Darth Vader.  So does Uncle Owen and Aunt Beru. So does Prince Organa.  So does the Emperor and Grand Moff Tarkin come to that and we aren’t even going to see them.  We know when everyone important dies and it won’t be in this mini-series.  Although, Leia’s mother could be in trouble, and if you cared about her in the least that would matter.

Horror (Pulprev): When I think back to horror stories from earlier decades, 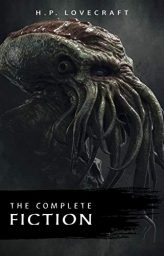 I find that they compare most favourably to the ones I’ve so recently read. In the days of the pulps, horror wasn’t the standalone genre as it is marketed today. Instead it tended to be mixed with other elements such as fantasy, science fiction, adventure, detective or supernatural, and branded a weird tale. And the foundation of the weird tale was the moral foundations of early 20th century America. 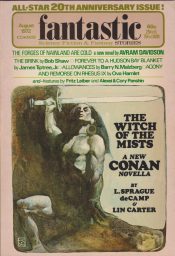 Conan (Sprague de Camp Fan): “The Witch of the Mists” by L. Sprague de Camp and Lin Carter was first published in Fantastic, August 1972. (It was incorrectly listed in the Table of Contents as “The Witches of the Mist.”) It is the first story in Conan of Aquilonia, Prestige Books, 1977 (which was distributed by Ace Books). Conan of Aquilonia was meant to be the final Lancer Conan book (the last published but the 11th chronologically) but the Lancer bankruptcy changed that and resulted in a complicated aftermath that is beyond the scope of this article.

Artists (DMR Books): I learned yesterday of the passing of great American 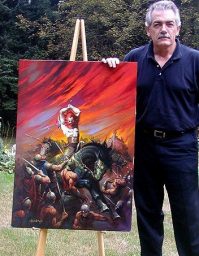 fantasy artist Ken Kelly (1946-2022). And like many others was saddened. We lost a great one. Frank Frazetta will always be the untouchable standard by which we judge sword-and-sorcery artists and fantasy visuals in general, but Kelly was in the next circle, a select group that for me includes the likes of Jeffrey Catherine Jones, Neal Adams, John Buscema, maybe Michael Whelan, Bill Willingham, and Roy Krenkel.

Appendix N (Ken Lizzi): So we come to HPL himself, Howard Phillips Lovecraft. Much anguished ink has been spilled over HPL in recent years. You want to delve into that, you’re on your own. I’m just writing about stories here.

HPL is best known for his Cthulhu Mythos tales, his stories of men driven to madness upon coming face-to-face with cosmic horrors. The kicker, and the thrust of HPL’s philosophy, is that these cosmic horrors — and by extension, the universe itself — are completely indifferent to the fate, and even the existence, of humanity.

Revealed at the Warhammer Skulls showcase, Warhammer 40k: Rogue Trader is an isometric, party-based RPG with turn-based combat. Developed for PC and console, no release date has yet been announced, the debut trailer features a reasonable amount of gameplay.

Games (Working the Night Shift): It is 1987.  The year I graduated from 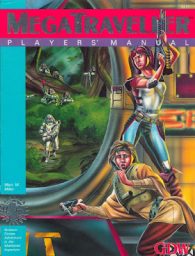 High School and my first year in University.  I knew about MegaTraveller, anyone that read Dragon Magazine even as infrequently as I was then knew about it.  But again it is not a game I played.  I do recall seeing it* played at a local con (SIU had a bunch of them) but (and this is the asterix) I could not really tell if it was Classic Traveller or MegaTraveller at the time.  They had a lot of cool spaceships on a black hex map.

RPG (R’lyeh Reviews): t was with no little disappointment that Cubicle 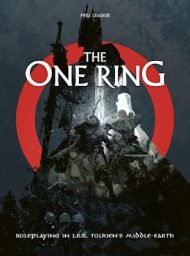 Seven Entertainment announced in November, 2019 that it would no longer be publishing The One Ring: Adventures Over The Edge Of The Wild, the hobby’s fourth and most critically acclaimed attempt to create a roleplaying game based on J.R.R. Tolkien’s Middle-earth.

Pulp (Marzaat): “The Oath of Hul Jok”, Dyalhis Nictzin, 1925. This is a sequel to Nictzin’s “When the Green Star Waned” and is more interesting, mostly because it’s so bloodthirsty. It’s is narrated by Hak Iri, poet and historian. 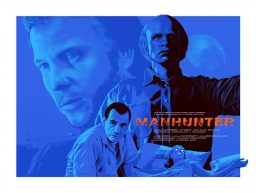 schlock-horror to a thoughtful, stylised, forensically psychological level, introducing the concept of a serial killer to a wider base, through two fascinating characters—the incarcerated, urbane and clinically insane psychiatrist Hannibal Lecter (spelt Lektor in Manhunter and played by Brian Cox) and his ardent fan, Francis Dollarhyde (Tom Noonan), who fancies himself as the “Red Dragon,” reflected and adored in the mirrored eyes of his dead victims, but disparagingly referred to as “The Tooth Fairy” by the cops and Feds after the bite marks he leaves on victims. 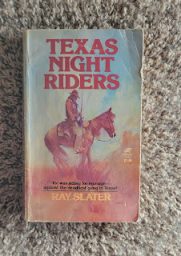 Review (Bloody Spicy Books): I’ve touched on, more than once, that Joe R. Lansdale is a corner stone in want has made me the reader (and writer) that I am today. Probably, much to his chagrin if he ever caught word. It’s an odd relationship reader/writer, it’s all a once more personal and less personal of a connection than say being struck by a movie star. You spend a lot of time inside someone else’s head when you read a book.

Review (Rough Edges): The Weird Western is an odd subgenre, and I don’t 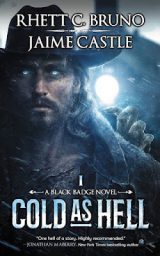 just mean the subject matter. Robert E. Howard invented what we think of as the Weird Western in stories such as “The Horror From the Mound”, “Old Garfield’s Heart”, “For the Love of Barbara Allan”, and “The Man on the Ground”. Adding horror elements to traditional Western tales can be very appealing to writers. You’re getting to play in two different sandboxes at the same time. 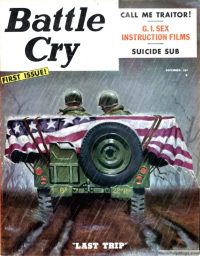 Men’s Magazines (Mens Pulp Mags): Most of the 160 or so magazines in the men’s adventure genre were designed to appeal to the interests those veterans and, later, to the 8.7 million American men who served in the Vietnam War from 1964 to 1975. 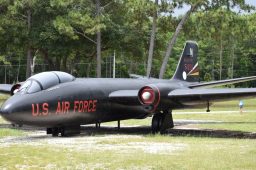 was an amazing aircraft for its day. Using rotating bomb bay doors, it could carry up to 8,000 pounds of ordnance including early atomic weapons such as the British Red Beard and the Mark 7 Thor fission bomb. It had a speed of 580 mph– Mach 0.88– on its twin Rolls-Royce Avon R.A. 3 engines and an 800-mile combat radius. The type set a slew of aviation records in the early 1950s, including the first nonstop unrefuelled transatlantic crossing by a jet, and setting a 70,310 ft altitude record. It could cover the Aldergrove – Gander Atlantic crossing in just over 4 hours.