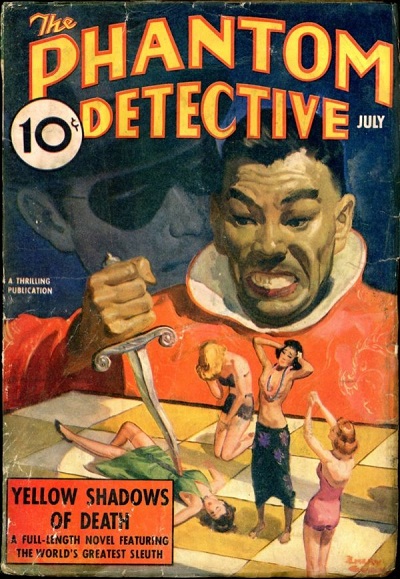 Pulp Revolution (Jon Mollison) Energizing Inspiration — “The constant string of successful ventures and growing army of content producers on the side of truth, justice, and the American way provides real sustenance and inspiration to those of us who enjoy laboring in the trenches. Watching guys like Jon del Arroz and Brian Niemeier and Nick Cole and so many others hit great selling home run after home run serves as a constant reminder that a vastly underserved market exists and that the self-proclaimed arbiters of quality and decency are paper tigers.”

Pulp Revolution (Grandmother’s Floor) Thank You, A Hundred Times Over — “I will tell stories of regular folks, men or women, in extraordinary situations. I will tell them in the style of either books, comics, and movies, from the eighties and nineties, because for me, that is when story telling was at it’s best. I will not be one of these authors who does not appreciate his own audience, because I would not be in such a position without you. I will not be one of these authors who bitches that he cannot write because of a current political climate etc, because quite frankly, that is just stupid. I want to be an author who entertains people, to hopefully one day to earn a reputation that has readers looking forward to my next release. The coming days, weeks, months, and years, will see how that goes.”

Pulp Revolution (Kairos) Resistance Is Nonexistent — “It’s up to us to help each other sharpen our skills, strengthen our brands, and build audiences. The #PulpRev and the Superversive literary movements are good examples of fledgling mutual support networks of allied artists. With or without support, continuing to create original, entertaining content is indispensable to salvaging something of Western culture”

SuperversiveSF (Scribbles and Tunes) Author Interview with L. Jagi Lamplighter and LUMINOUS Giveaway — “For protagonists, I like intelligent and courageous characters who use their wits to solve knotty problems. I love spirited female protagonists, but I am not a fan of fighting women who basically act like pretty men. I want the girl to solve problems the way a real girl could. My heroines tend to have magic and to be able to do things normal people cannot, but it is usually their intelligence, their cleverness, and their willingness to speak to and occasionally trust people others avoid—rather than their power—that saves the day.”

Appendix N (Tor.com) Revisiting the Recently Rediscovered 1956 Hugo Awards Ballot — “Of the real nominees, the most exciting one is the Brackett. This is the first time a woman was nominated for a best novel Hugo—or indeed, any Hugo. Zenna Henderson, Katherine MacLean, and Pauline Ashwell were all nominated in novelette in 1959, and Marion Zimmer Bradley was, until now, believed to be the first woman nominated for best novel, in 1963. But in fact Brackett beat them all to it. So that’s great to know.”

Appendix N (PC Bushi) Conan, Cugel, karma and Leiber — “I think what bothers me about them is the fact that Leiber almost suggests that they’re heroes. And to be fair, their battles with the Thieve’s Guild can be fun. But despite being the Best Swordsmen in the Universe (TM) and master thieves, and later also bards and magicians, they aren’t good guys. One story offhandedly mentions that they like to rob merchants on the road (so they’re highwaymen). Fafhrd’s origin story renders him almost completely unlikable in my eyes – the fact that he abandons his pregnant girlfriend because he’s got the hots for a traveling dancer.”

Appendix N (Black Gate) Fantastic Stories of Imagination, January and February 1964: A Retro-Review — “And then the serial. ‘The Lords of Quarmall’ is a particularly interesting entry in the Fafhrd/Gray Mouser saga because, as I noted above, it was among the first stories conceived in the series, by Leiber’s friend Harry Fischer. The two had jointly imagined the heroes (Fafhrd being to some extent based on Leiber, and the Mouser on Fischer). Both began stories in 1937. Leiber’s ‘The Adventure of the Grain Ships’ was eventually finished as ‘Scylla’s Daughter’ and published in Fantastic in 1961. Leiber’s original version, unfinished, was published in 1997 in the New York Review of Science Fiction, as ‘The Tale of the Grain Ship — a Fragment.’ And Leiber took Fischer’s 10,000 words of work on ‘The Lords of Quarmall’ and finished it for this serial. (The first published Fafhrd/Grey Mouser story was ‘Two Sought Adventure,’ in Unknown in 1939. Fischer never became a writer, really, though he did publish one more story, ‘The Childhood and Youth of the Gray Mouser,” in Dragon in 1978.) “The Lords of Quarmall’ was reprinted in the fourth Fafhrd and the Gray Mouser collection, Swords Against Wizardry (Ace, 1968).” 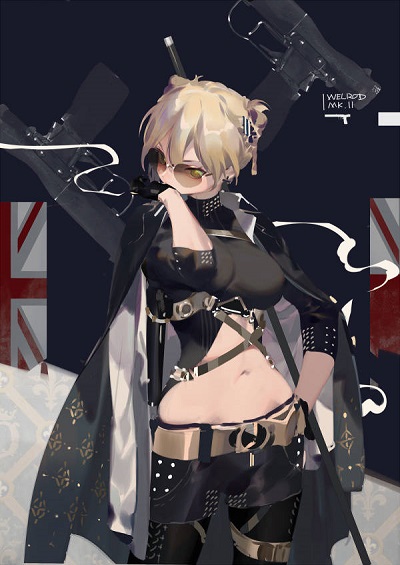 Comics (JimFear138) Alan Moore’s WildC.A.T.s: Politics In Comics Done Right — “The last She-Hulk (now just called ‘Hulk’, because why wouldn’t it be?) was about her going on dates set up through online dating apps, then finding out that she was ACTUALLY ATTRACTED TO HELLCAT ALL ALONG WOOOOOOOOO LOLSORANDOM. Unbeatable Squirrel Girl continues to be a raging dumpster fire of mental illness, childlike mentalities, memes from 8 years ago, and art fit to make you physically ill. Riri Williams (the new ‘Iron Man’) works better as a villain than a hero, and is constantly emotionally validated by everyone around her for her horrible decisions and complete lack of moral compass. Peter Parker has been turned into a lazy good for nothing, giving up his responsibility to thousands of employees at Parker Industries to become a shiftless layabout, sleeping on Mockingbird’s couch after one date and doing nothing to help her around the apartment. And don’t even get me started on the Burger King Kid’s Club that is The Champions.”

Comics (RpgPundit) CSA-Lass Isn’t Going To Convince Anyone, [Y’all] — “And that’s what bothers me about Alt-Hero. We certainly could use someone coming along and making a new comics universe that was ABOUT THE COMICS in the same way the OSR is about the games. One that didn’t ignore politics completely, or shy from moral lessons, or push a leftist agenda, but that wasn’t just a facade for right-wing propagandism either.”

Comics (Pulp Catholic) Comic Books and AltRight Mythmakers — “Part of Alt★Hero’s message is that it’s about a return to ‘old school comics’, when things were about storylines and not social justice. This isn’t honest. The content of the ideology has been different, but superheroes have never been without ideology, and most of their strongest storylines are ways of exploring ideology. This is a feature, incidentally, it shares with the great science-fiction of the mid-20th century, and even the pulp era (Conon was as much fun-adventure story as it was Howard’s exploration of the Noble-Barbarian, Anti-Civilization myth). Go through the superhero history to see it. In their first incarnations, superheroes were propaganda. Developed in the interwar period, they were originally symbols of the dominant American-Democratic way of life (Truth, Justice, and the American Way).”

Comics (Nixon Now) The Wrong Kind of Message — “But if all fiction is message fiction, then Alt Hero was going to be message fiction regardless of what Vox professes to be doing.  The project doesn’t have to admit anything about ideology.  The ideology is going to be there.  Therefore the objection that the project claims to be non-ideological is pointless. Diaz just doesn’t like the ideology which Alt Hero is using.”

The Canon (Vintage Novels) Richard III by William Shakespeare — “This play is incredible, and I’m honestly a little amazed, because even though I’ve seen a number of productions of this play, none of them contained anything near the full text. And obviously none of them managed to communicate the sheer weight of backstory that hurls the play toward its ending. To experience Richard III the way it was always meant to be, you simply have to begin with Henry VI, Part 1 and work your way forward from there. Why? Because the whole point of Richard III is that you can do evil today and maybe tomorrow, but sooner or later justice happens. Over and over again in this play, characters suffering trauma, humiliation, and death at Richard’s competent hands are driven to acknowledge their guilt.”

RPGs (Just the Caffeine Talking) We Have A Situation Here — “Most roleplaying games display a curious paradox. The player-characters, the ones controlled by the players, are literally the only people in the game setting with free will, yet they tend to show a crippling lack of agency. Player-characters are forever getting hired by bossy patrons, handed orders by their commanders, or being assigned quests by passive-aggressive wizards. There’s the so-called ‘sandbox’ style of play, in which the player-characters wander around a setting having encounters, but in practice that often devolves into either a series of muggings, or desperate flailing as the players look for some obvious adventure hook. Many game systems have ‘random adventure generators’ but most of those could more accurately be called ‘mission generators’ — ways to randomly determine what the bossy NPCs are telling the heroes to do.”

RPGs (Walker’s Retreat) How To RPG: Your Setting Needs Interesting Interests to Interest Players — “That’s the magic at work: just trusting the dice and letting things happen. Screw plot, narrative, drama, and all that stuff. Just let the game be the game, and the people in your setting be people–be they men or not–as they would be in real life, and things will take on a life of their own quickly. You don’t need that Evil Empire, that Overarching Omnipresent Threat, by default; you can, and many have, done just fine with more small-scale. Again: Less Tolkien, More Howard. Less Save The World. More Make Your World.” 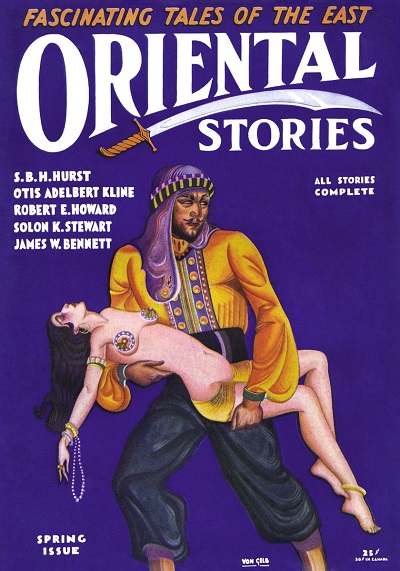 #NotAtMyTable (Old Skulling) How to never describe a dungeon! — “Never describe a dungeon in a cold and simplistic way as ‘a room with a north, west and east passages’. Think about what’s through those passages. What went through those rooms. Think about what signs would be left behind. What clues are left behind so PCs can try to make a better choice for themselves. Give at least one element to inform their choice. If you can, give them 3 clues for each option. Think about their senses. What can they smell? What can they feel? Do they see anything? Do they hear any noise? Does a bad taste suddenly appear in their mouth because of the smell they just felt?”

Not Tired of Winning (Empire Must Fall) Win The Moral Level & You Win The Culture — “It doesn’t seem like the culture of the West is in play, but the reactions to YouTube channels such as Diversity & Comics, Capt Cummings, Stefan Molyneux, Mike Cernovich, Dave Cullen, The Honey Badgers, and Sargon of Akkad show by deed the acknowledgement of this being the case. But, from my perspective, the most effective for ordinary people is the man known as Vox Day. The reason is due to his creation of the publishing company known as Castalia House.”