Art (Lithub): But it isn’t only great detective novels that have gotten the 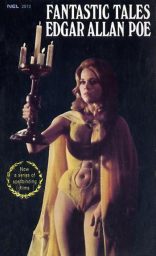 pulp treatment. Classic works of literary fiction have existed as pulps from the very beginning of pulp—the new paperback publishers of the 1940s and 50s printed them right along with classic crime and some genuinely lowbrow (and sometimes quite lurid) new novels, often commissioning the very same artists to design their covers. 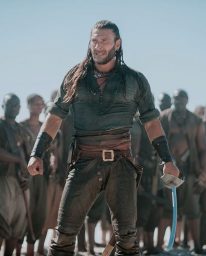 T.V. (DMR Books): Black Sails, which aired across four seasons 2014-17, is a bastard child of two lineages: It is a prequel to Robert Louis Stevenson’s classic Treasure Island, and it is also a tale of the historical Republic of Pirates founded at Nassau in the Bahamas in the early 18th Century.

Social Media (Emperor Ponders): One of the most notable changes in subcultures and entertainment during the past fifteen years has been the enrolling of its fans as important marketing agents, something most do for free, but others actually get paid.

Publishing (Messages From Crom): Titan Books and Conan Properties through their Perilous Worlds imprint are excited to announce a program of original new publishing featuring Robert E. Howard’s most famous character, Conan. Expanding from the core of Howard’s original work, the new fiction will stand firmly within the Conan canon, beginning with a novel and two short stories to celebrate the 90th anniversary of the character in 2022. 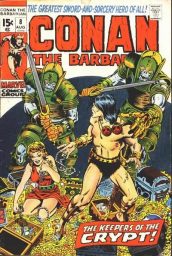 the Bronze Age gathered the undead and unliving monsters of Robert E. Howard (and pastichers like L. Sprague de Camp and Lin Carter) into their comic sagas. Ghosts, wraiths, skeletons and lichs galore along with vampires and zombies. All of these stories were adapted by Roy Thomas except one. (You find it when you find it…) Roy was always on the hunt for more material, both published and in manuscript, to turn into more Conan comics.

Science Fiction (Wasteland & Sky): And as for the dig at age, that is merely a Baby Boomer calling card. Everything before you was stupid, your parents are unhip and just don’t get it, but those guys on the TV box and corporate magazine space that tell you how special you are? They’re the real ones you can trust. Mom and Dad are wrong about their traditions and history leading to you living in the most prosperous place on Earth at the most bountiful time.

Comic Books (DMR Books): Roy Thomas is the Guest of Honor at Howard 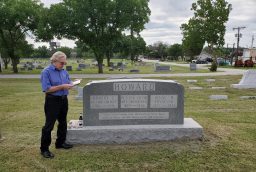 Days this year. That makes his second round as GoH, with his first being during the REH Centennial in 2006…an honor that few others can claim. Roy deserves it. He fought to bring Robert E. Howard’s Conan to Marvel Comics. The resulting Conan the Barbarian became one of the best-selling comics in Marvel’s stable throughout the 1970s. It and The Savage Sword of Conan—also spearheaded by Roy—brought REH and Conan to new levels of pop culture recognition which exceeded that seen even by the Lancer Conans. My plan was to discuss all of those things with Roy this weekend, but vehicular travails prevented that. 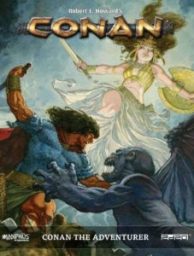 with an index at the end just like Conan the Scout & Conan the Exiles. The book is broken down into seven chapters. The introduction is pretty standard fare with a paragraph or two about each chapter. After the quick introduction, we start with Chapter One containing new character creation information like the other two sourcebooks. Anyone who has read my earlier reviews knows this is my least favorite part. Usually I find there is little adding to the game for the player, however this book is different. Two of the Archetypes, Witch Finder and Griot, are interesting and fit the book’s setting well. Griot even has new rules unlike the previous books.

Comic Books (Down the Tubes): Brand new Commando – Issues 5443 – 5446 – are out this week in both digital and physical editions from DC Thomson Media, with a very special celebratory tip of the hat to the title’s very first issue, published back in 1961 in this terrific set. Starting the summer celebrations for Commando’s 60th anniversary on the 27th June, this set features a special reprint of Issue One, as well as skirmishes on the Eastern Front and North African desert, and a Commando debut from a writer new to the comic… but one who will be familiar to longtime downthetubes readers.

Writing (Rawle Nyanze): I have said many things regarding the Raygun Romance I have in the works. One thing I mentioned was the reason I filled the setting with deflector technology. In summary, the purpose of it is to make scantily dressed heroines in my story workable, reducing the need for power loaders, Varia suits, and tactical gear. But scant dress is only part of the equation.

Review (Benespen): The pacing of Nethereal is relentless. New characters, 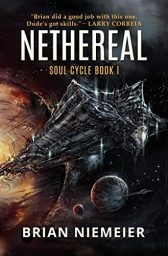 new places, new intrigues are introduced without any explanation whatsoever. This is the kind of book I feel like I need to read over again just to get it all straight in my head. Everything had a place, but you didn’t necessarily know what it was when you first encountered it. The sheer scope of it all is a little daunting. But it is all intriguing enough to pull you in. 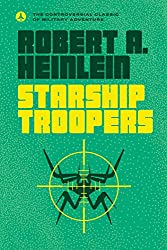 Heinlein (Isegoria): Commenter Kirk recently suggested that I address Heinlein’s Starship Troopers — or certain parts of it, which address an article he shared:  “If Isegoria wanted to treat the bits and pieces of the referenced work (Starship Troopers, R.A. Heinlein) that don’t address his hypothetical “future government by veterans” in a manner similar to how he has done Fehrenbach’s seminal work, I think it would be a good idea.”

Cinema (Art of Manliness): The ancient Greek philosopher Heraclitus once opined, “War is the father of us all.” It’s certainly the father of so many of 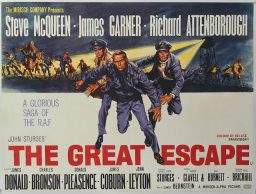 humanity’s most indelible legends, tales, and stories. In ancient times, Greeks memorized and recited the Iliad, while Hindus did likewise with the Bhagavad Gita. With the rise of books, young men read legends of gallant knights and warriors, and recountings of the great battles of history. In the early 20th century, war stories shifted to film and have become a go-to cinematic theme ever since.

D&D (With Both Hands): After this morning’s post on Clerics in Fantastic Literature, I said that I wanted to follow up on the implied Church in Dungeons and Dragons. This will of course be interpretive and subjective, but I think there is something really interesting here. In particular, I think once you examine the unexplained but crucial context within which the game was invented, lots of things fall into place.  First of those pieces of context is the pre-D&D adventure stories that are listed in Appendix N. I’ve found those stories startlingly Christian in comparison to what I was used to reading.

Science Fiction (Fantasy Literature): A novel that had come out a full 35 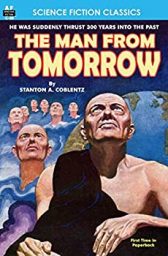 years earlier, San Francisco-born writer/poet Stanton A. Coblentz’s The Man From Tomorrow. Although nowhere near as serious-minded as the Silverberg book, this novel, Coblentz’s 8th, released when he was 39, yet uses a man from Earth’s future to make trenchant commentary on what is going on here today. This reader had previously enjoyed the author’s first novel, The Sunken World. 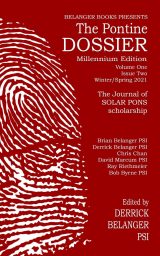 Fiction (Pulp Net): Just before the release of a new two-volume Solar Pons collection, The Meeting of Minds: The Cases of Sherlock Holmes and Solar Pons, we get the next issue of scholarly journal of Solar Pons: The Pontine Dossier, Millennium Edition. For those who missed my previous posts on him, Solar Pons is popular character inspired by Sherlock Holmes created by August Derleth, continued by Basil Copper and more recently by David Marcum and others.

Cinema (Sprigg’s Scribblings): Movie Review: Willow (1988). Time to go back to my fantasy roots with another movie review. This movie is etched into my memory like few others ever have been. I remember when this movie came out in theaters, and I was absolutely determined to watch it. The trailers had me stoked, with stirring music (still one of my favorite movie themes of all time), Val Kilmer swashbuckling, cool monsters, and the trailer’s opening narration: “From the creator of Star Wars…” I was hooked. So, was this movie going to live up to my expectations? 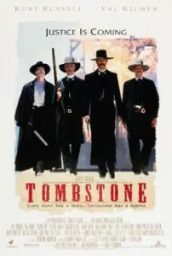 top, high octane western flick is that it is pretty accurate. Granted, some things were adapted from stories and legends that made the rounds after the events of the film but that’s due to there not being a whole lot of recorded history on the lives and extra context of some of these historical figures and frankly, that’s not too dissimilar from most historical pictures trying to be as factual as possible. Sometimes, there are only so many facts and you have to turn to the folklore to fill in the blanks.

Myth (Arkhaven Comics): This is the third part of my series on the heroic 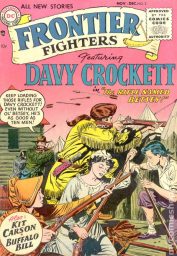 archetypes. Today, we’ll be examining a heroic type that has been quietly banned in America.  The Explorer hero. There was a huge boom in Frontiersman fiction in the America of the 1950s.  Davy Crockett, Daniel Boone, and Jim Bowie were suddenly back in the limelight as well as a host of fictional heroes from the Old West. When Walt Disney opened Disneyland it would have been unthinkable if one of the gates hadn’t been Frontierland (Tall tales and true from America’s legendary past). They were incredibly popular in comic books from that period as well.

Review (Pulp Net): A new fanzine is out focused on “men’s adventure magazines,” also known as the “sweats,” Men’s Adventure Quarterly. The first issue came out in January, published by Subtropic Productions. Publisher is Bob Dies and graphic designer is Bill Cunningham, who is behind the publisher Pulp 2.0 Press. Both are editors, along with guest editor Paul Bishop, who runs a blog focused on westerns.

Conflict (Isegoria): Did PTSD and combat stress evolve as a universal human response to danger? Or are they culturally specific? We addressed this question by interviewing 218 warriors from the Turkana, a non-Western small-scale society, who engage in high-risk lethal cattle raids. We found that symptoms that may have evolved to protect against danger, like flashbacks and startle response, were high in the Turkana and best predicted by combat exposure.

RPG (Tech Raptor): Blood and Plunder from Firelock Games started life as a successful Kickstarter and has since had 2 expansions, including the most recent successful Kickstarter, a tie-in fleet battle game, and also a WWII game using the same system. In this article, we’ll take a look at this 17th-Century skirmish wargame, mainly at the core rules and what you need to play. In our next article, we’ll look in detail at some of the product options there are for Blood and Plunder, as well as detail what’s in the expansions.

Culture (Men of the West): The Western world is plagued by feminized men who have completely bought into the feminine narrative which states that men are supposed to be limp-wristed, weak, spiteful, ring kissing, pronoun displaying, lobotomized caricatures of women. This post is not for those who have bought into this propaganda. It is for males who are on the fence about what it takes to be an actual man and for parents who do not know how to go about giving their boys positive outlets for them to grow into men. Traditional Western groups that used to teach manly skills are almost all converged, such as the Boy Scouts, but a few remain that can still be utilized.