Writing (Kairos): Last night I stopped by the Superversive SF live stream to discuss my new book Combat Frame XSeed: Coalition Year 40. My gracious host and the enthusiastic chat brought up lots of tantalizing questions about the mysteries I’ve planted in the series thus far. I addressed those questions and gave additional clues to those mysteries, which will be revealed in Combat Frame XSeed: CY 40 Second Coming.

We also embarked on an in-depth discussion of plot and pacing. I contend that the latter is derived more from character than from sentence and paragraph level mechanics. See the video for a full explanation and a mini writing clinic.

Awards (REH Foundation): Congratulations to the REH Foundation Award winners! The winners were announced at a ceremony at Robert E. Howard Days in Cross Plains, Texas on June 7th.

Fiction (Patheos): Machen (The Great God Pan) has had an enormous influence on horror literature. He is a HP Lovecraft without the overt white supremacy and Stephen King with interesting ideas: both tip the hat to the Machen (as they should). Not surprisingly for someone who has poked around in the scary attics and basements of the Christian past, Machen ends up with a more elevated view of sin then one finds in someone like CS Lewis, who experimented with the occult briefly, but had too much philosophy to stay there for long.

Cinema (Jon Mollison): Terry Pratchett has an impressive gift for stringing words together.  The man could make the back of a cereal box interesting to read.  His brain works in strange ways that follow clever paths, a trait that helps him paper over the thinness of his works’ overall plots and characters and underlying worldview.  That wizardry doesn’t lend itself to translation to the screen, particularly when the producers of said translation choose to translate Pratchett’s words literally.

Fiction (DMR Books): Mundy’s comments in the Camp-Fire, along with his portrayal of Caesar in the first two installments of Tros of Samothrace, ignited one of the most remarkable controversies in the history of American fiction magazines.  The readership of Adventure split into groups that were for and against Talbot Mundy’s views on Caesar and the Camp-Fire was where their opinions were aired.  A number of writers and historians came down on one side or another of the issue and the Caesar controversy grew to fill the entire space of the Camp-Fire.

D&D (Sacnoth’s Scriptorium): So, the new D&D Adventure/Campaign from WotC is now out, and it’s an interesting return to days of old. How old? So 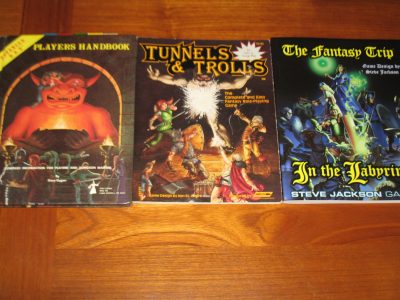 old that when the last time these adventures saw the light of day, TSR was still run by Gygax and the Blumes.

What they’ve done here is take one of their lesser-known classic adventure series and expanded it into a book-length campaign by the addition of several related adventures that had appeared in DUNGEON magazine over the years.

Fiction (Shiver in the Archives): In September 1966, a previously unpublished short story “Forms of Things Unknown” by C.S. Lewis appeared posthumously in his collection Of Other Worlds: Essays and Stories, edited by Walter Hooper.  It was later collected in The Dark Tower and Other Stories (1977), also edited by Hooper.

Cinema (Wasteland and Sky):  Welcome back to this series of posts where I try to nail down what exactly inspired me to write what I do. This is my personal Appendix N of art that has stuck with me. More than a favorites list, I’m focused first on what really attached itself to what I do. This hasn’t been as easy to compile as I would have thought.

As the years have gone by I’ve been watching less and less of the old boob tube or spending money to stare at a bigger screen.

Adventure (M D Paust): “Wow! What a book!” So shouted W. M. Krogman in the Chicago Sunday Tribune of Kon-Tiki, saying the aforementioned

exclamation could easily comprise his entire review. But he went on anyway gushing, “It has spine chilling, nerve tingling, spirit-lifting adventure on every page and in every one of its 80 action photographs. It is the fiction of a Conrad or a Melville brought to reality. It might be added that the writing is of itself worthy of either pen.”

with a Deadwood movie, the return of Yellowstone and a mountain of research books to read. But this piece of news blows the whole thing up: Craig McDonald’s tale of Hector Lassiter and the Punitive Expedition is hitting the streets in July.

RPG (Jeffro Johnson): One of the big changes in the new edition of The Fantasy Trip is that Steve Jackson has recanted on the old rule that IQ provided a harsh upper limit on the total number of spells and/or talents a character could have. The reason is… under the old advancement system there comes a point where attributes get ridiculously and pointlessly high.

Robert E. Howard (M Porcius): Tarbandu’s recent blog post about Spanish artist Sanjulian reminded me about my acquisition back in February of

1979’s The Howard Collector, edited by Glenn Lord, for which Sanjulian provided the cover painting of an axe-wielding muscleman freeing a scantily clad woman from captivity in some dimly lit temple or other place of unspeakable deviltry.

Fiction (Old Style Tales): There is something carnal and lascivious about these torch bearing sirens with their come hither faces and their glistening jewelry. Le Fanu employed such subjects in “Ultor de Lacy,” “Carmilla,” and “Laura Silver Bell” – femme fatales, victims of the supernatural, who leer out of the darkness with just enough attention (light) cast onto their beauty the lure us towards the darkness that engulfs them. But none of these stories contains quite the potency or indecent revulsion as the tale that bears Schalcken’s name.

Pulp Magazines (Pulpfest): In June 1929 there were over a dozen air-oriented magazines available on the newsstands. Gernsback was riding a popular

wave with AIR WONDER STORIES, a pulp that would tell “flying stories of the future, strictly along scientific-mechanical technical lines, full of adventure, exploration and achievement.”

Fantasy (DMR Books): Carter is perhaps best regarded for his pioneering early critical studies of the fantasy fiction genre. These include works like Tolkien: A Look Behind The Lord of the Rings, H.P. Lovecraft: A Look Behind the Cthulhu Mythos, and Imaginary Worlds. While some of the scholarship particularly in the former two lacks rigor, Carter was working largely without precedent in the very early days of fantasy, before the latter existed as a defined genre.

Pulp Magazines (SF Magazines): The reason I picked up this magazine was that the Herbert Best novel The Twenty-Fifth Hour had been recommended

to me as one of the works I should consider reading for the 1940 Retro Hugo awards in the novel length category.1 Ah, I hear you say, but this is a 1946 magazine, so what is going on? Well, as I am sure most of you already know, Famous Fantastic Mysteries was a magazine that specialised in reprints. 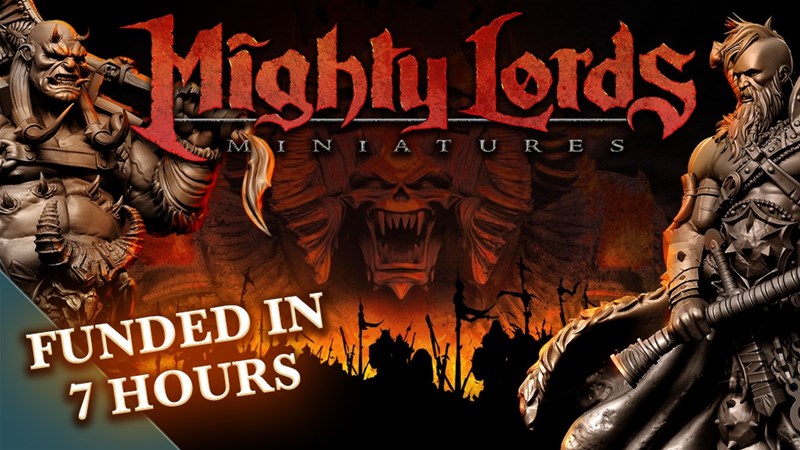