Fiction (Goodman Games): Jack Holbrook Vance was summoned into this 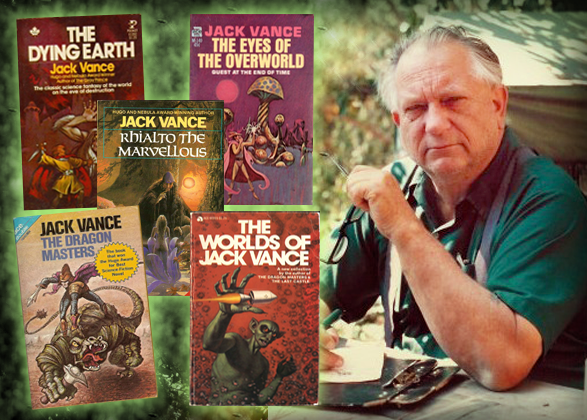 world just over a century ago in San Francisco on August 28, 1916. A writer of multiple genres, he is best known to fans of Dungeons and Dragons for his Dying Earth novels, one of the inspirations for the magic system, often called ‘Vancian’, in which magic-users memorize spells from their librams, and once cast, forget them for the day.

Gamergate (Walker’s Retreat): Among all the other events of the last week or so was the anniversary of Gamergate. To which I find this Tweet and its pic very much my mood.

Poetry (Kairos): Kipling’s famous–some might say infamous–poem “The Wrath of the Awakened Saxon” has gained a great deal of traction in dissident circles. I maintain that a major reason why this poem has resonated with the current generations of young men on the right is that it highlights the masculine virtues they were never taught.

entries devoted to what I call the “Forefathers of Sword and Sorcery”. Those would be the men—writers like Doyle and London—who influenced the First Dynasty of S&S authors such as Robert E. Howard, Clark Ashton Smith and C.L. Moore. Apparently, there are some very confused people out there on the Webz. I thought it best to define some terms and parameters so further misapprehensions don’t occur.

Art (Rafeeq McGiveron): s July draweth to a close, I suddenly realize that

the last month and a half has been pretty busy in terms of updates to my Heinlein cover art galleries.  In addition to new-to-me editions of books like Waldo and Magic, Inc., Orphans of the Sky, The Man Who Sold the Moon, Time for the Stars, and Podkayne of Mars, I also have come across quite a bit of things from magazines.

Terry Pratchett (The Wert Zone): Following the publication of yet another publicity image from BBC America’s The Watch, a TV series loosely “inspired by” Sir Terry Pratchett’s Discworld books, his family and associates have once again made it clear that they do not approve of the project and have distanced themselves from it. 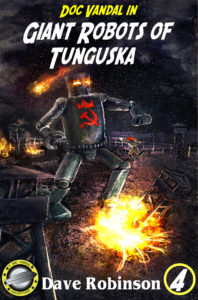 has the first three novels by Dave Robinson featuring Doc Vandal, a steampunk take on Doc Savage. Doc Vandal was influenced by Doc Savage, but also Captain Future and Perry Rhodan. He exists in a different world where aliens exist and other strange things. Born on the Moon and raised by alien AIs, Vandal is an improved human who uses his skills and knowledge to create inventions and stand up against evil.

Gaming (Grognardia): Naturally, we’re not playing these games face-to-face. Instead, we’re making use of VASSAL, a virtual tabletop created for wargamers (specifically Advanced Squad Leader). VASSAL has proven surprisingly easy to use, not to mention fun. Based on my friend’s recommendation, we began my education with GMT’s Falling Sky: The Gallic Revolt Against Caesar. Partly this was done because it’s a period of history I know a bit about and partly because Falling Sky is an entry in GMT’s COIN series, which my friend thought would appeal to me.

History (Legends of Men): A while ago, I picked up an old book on pirates 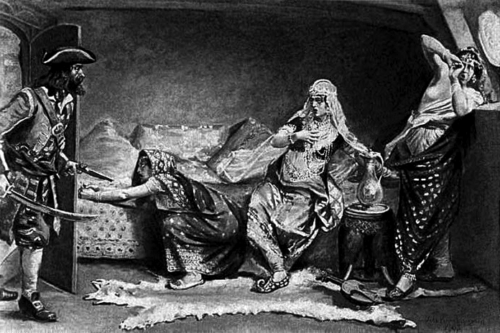 for cheap at a used bookstore. It’s General History of the Robberies & Murders of the Most Notorious Pirates. by Daniel Defoe. You may recognize the name Daniel Defoe as the author of Robinson Crusoe and other novels. He’s one of the first early English novelists, and his authorship of this book is disputed but highly probable. This book is loaded with more than 20 stories of actual pirates, their exploits, successes, failures, and deaths.

by Jerry Pournelle I remember reading. I picked it up from the local library in 2006, and I could not put it down. Colonel Nathan MacKinnie’s desperate quest to find a forgotten database of ancient technology on a barbaric planet, and then spirit that information home under the watchful eyes of the Imperial Navy is a classic adventure. Jerry Pournelle’s style is the place where intrigue, politics, and technology meet, often with a heavy dose of military tactics. King David’s Spaceship is all that and more.

Conan (Conan.com): We’re happy to announce the launch of the official 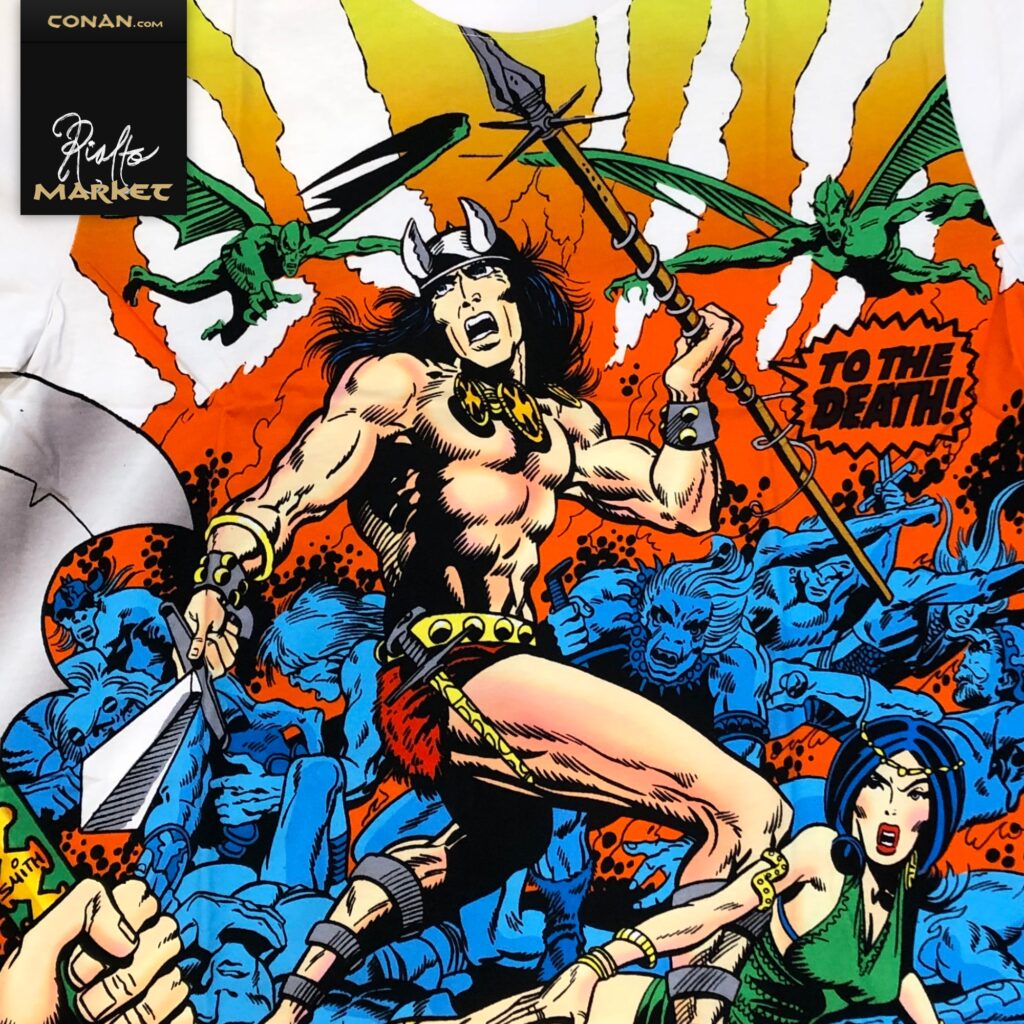 Conan store, called Rialto’s Market, here on Conan.com! It’s headed by the merchant Rialto, someone you’ll learn more about in the near future. We’ve got T-shirts, Thulsa Doom bottle openers, phone cases, mugs, and more for you in Rialto’s Market. You can also pre-order the Conan the Cimmerian: The Tower of the Elephant board game, if you missed out on the successful Kickstarter.

RPG (Pelgrane Press): The term: table sense. It’s what developers look for when you write scenarios or source material for roleplaying games. It’s what game masters need from you when they read your material. Table sense is what it sounds like: the ability to forecast what will happen at the gaming table when the scene, magic item, background detail, monster or whatever it is comes into use. How do you get it? By playing roleplaying games of the sort you’re writing for. And more importantly: by picturing the play experience as you write, away from your table.

Vampirella (Monster Librarian): From the Stars…a Vampiress provides a

great reference guide to one of the most recognizable female horror comics heroines, Vampirella. The first section, “The Vampire Who Fell to Earth”, tells her story from her initial creation by James Warren and Forrest J. Ackerman, and other writers and artists who helped her development such as Archie Goodwin, Jose Gonzalez, Trina Robbins, Frank Frazetta, Gonzalo Mayo, and many more, to her cancellation in 1982 after Warren Publishing closed its doors.

Science Fiction (Digital Bibliophilia): Rogue Ship is one the novels Vogt constructed from previously issued stories into a ‘fix-up’ and has a

Cinema (Flickering Myth): When The Expendables was first announced in late 2009, my excitement levels went through the roof. Initially it was

Sylvester Stallone, Jason Statham and Jet Li on board and that was exciting enough. Then Dolph Lundgren signed on, and the rest followed. By the time a mid-shoot addition of Bruce Willis and Arnold Schwarzenegger was announced (in a surprise cameo where the surprise was blown long before release sadly) I was bouncing around like a toddler high on Dib Dab. The first film came out 10 years ago today.

Cinema (Made in Atlantis): During the 1899 to 1901 Boxer Rebellion, Peking is an open city with the Chinese, and several European countries vie for 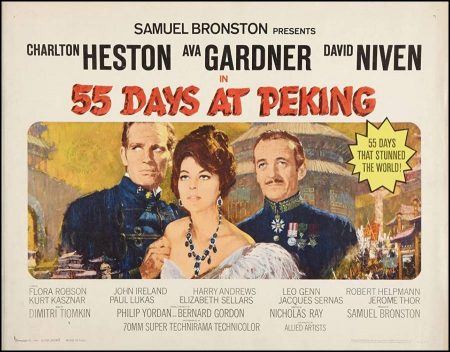 control. The Boxers, who oppose Christianity and the western powers, who still exercised complete sovereignty over their compounds and their citizens. The head of the U.S. garrison is Marine Major Matt Lewis (Charlton Heston), an experienced China hand who knows local conditions well. He meets exiled Russian Baroness Natalie Ivanoff (Ava Gardner), with whom he falls in love.

Science Fiction (Frank Ormond): I have previously written on my favorite science fiction series, Count to the Eschaton Sequence, before. The first book is Count to a Trillion and is an excellent adventure science fiction novel. This retrospective was a long time coming. I’ve found John C. Wright’s work fascinating, if not a bit verbose in areas, and creative. He’s held up in some circles as a master of the craft, and it’s easy to see why.

today. As I’ve noted elsewhere, Freas started out in Weird Tales and could have had a fine career illustrating fantasy and weird fiction. However, he tied his star to the burgeoning science fiction market and became one of the all-time greats. For me, without question, Freas’ art epitomizes the look of what’s known as the Golden Age of Science Fiction. Gorgeous color, beautiful women, sleek spaceships and a universe blazing with stars.

Comic Books (Comicsradio): Everyone falls in love with Cave Girl. It 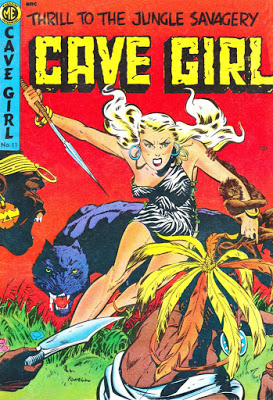 apparently can’t be helped. Over the course of the first three stories included in Cave Girl #11 (her debut issue despite the numbering), two men have fallen in love with the blonde Jungle Girl already. In fact, in this issue’s final story (still written by Gardner Fox and drawn by Bob Powell), Luke and Alan haven’t given up yet. They are attempting to cross the mountains that surround Cave Girl’s home jungle, still determined to talk her into coming back to civilization and claiming her inheritance.

Anime (Karavansara): As a kid I watched a lot of movies and TV series, cartoons both western and Japanese, I read comics, I read novels and short stories and non fiction… each of these shaped the way I think about stories, and I think it might be fun to try and take a look at all these influences. And I’m starting with anime because… ah, because we need to start somewhere, right? As I probably already mentioned in the past, Italy was at the forefront of the anime invasion that started at the very tail-end of the ’70s.

Although the incident occurred two weeks before we met, Drake was directly involved while riding one of his three motorcycles. As we discussed the crash, Drake casually stated that being rear-ended on his bike was one of the ways he thought he might die. Fortunately, he walked away with nothing more than a few bumps and bruises – not too bad, considering his motorcycle was sandwiched between two SUVs.