Comic Books (Looper): It’s not really hyperbole to say that Roy Thomas is a

living legend. A comics fan since childhood, the former teacher was hired in 1965 by DC Comics’ then-editor Mort Weisinger to become an assistant editor at DC on a trial basis. But Thomas soon found Weisinger too difficult to work for, and after writing a letter to Marvel Comics editor Stan Lee, he got a call from Lee inviting him to come take a writing test.

Fiction (Marzaat): This week’s piece of weird fiction is a vigorous story from Robert E. Howard and illustrate’s Howard’s belief that barbaric virtues are better than civilized ones. Review: “The Gods of Bal-Sagoth”, Robert E. Howard, 1931.

Popular Culture (Kairos): Talk to enough Millennials and Zoomers, and before long the conversation will turn to their favorite pop culture brands. Discussing these brands with them at any length will give you the strong impression that younger generations have a deep affinity for projecting themselves into these properties. Without a doubt, you’ll find members of every generation who indulge in self-insert fantasizing about their favorite franchises. 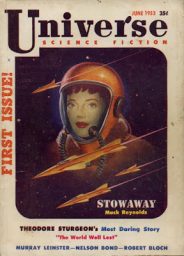 Universe Science Fiction, a magazine edited by Ray Palmer that endured for ten issues in the 1950s.  There was really no reason to buy them, because you can read every issue of Universe at the internet archive, and when I had finally succeeded in wrestling the two magazines out of that single bag.

Review (Beyond the Star Reefs): THE MOON STALLION is, superficially at least, a quaint children’s story about a wild white horse. But it delves into unexpected depths which wholly belie the innocuous nature of its premise and invest the book with power and substance. In so doing it cleverly mirrors the complexity of the beast itself which is demonstrated to be a manifestation of primordial forces which remain active in the Berkshire hills, even in the summer of 1906. 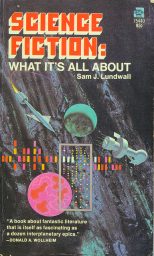 Science Fiction (Wasteland & Sky): With the roaring ’20s returning, albeit in a very different sense than the one from a century prior, so too is our genre fiction returning to the halcyon days when it was at its most popular. Of course, it is being spearheaded by creators outside the old system, but it is still a reality nonetheless. Right now is the most exciting time it has been to be a creator for decades.

History (DMR Books): Richard’s mien and personality aren’t all that might have influenced Stoker’s classic novel. There is also RFB’s Vikram and the 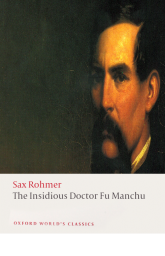 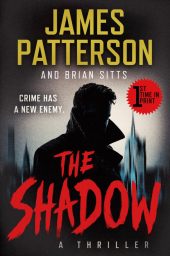 Fiction (Pulp.Net): I was withholding any judgement regarding The Shadow reboot coming in the new book by James Patterson and Brian Sitts, which is due for release July 13. But after reading Steven Thompson‘s review at Forces of Geek, well…Thompson writes:

Comic Books (AEIndex): Michael Golden is regarded as one of the masters 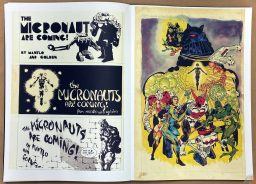 of comic art, and his long-out-of-print Micronauts is regarded as the “holy grail” among his many legions of fans. Now, through special arrangement with Marvel Comics and Hasbro, IDW is proud to present Golden’s Micronauts work in the multi-Eisner Award-winning Artist’s Edition format. This gorgeous edition, prepared with the full cooperation of Michael Golden, will feature six complete issues—Micronauts #3, #7, #8, #9, #11, and #12! Plus, an incredible gallery section crammed full of story pages (something from each issue drawn by Golden), covers, pin-ups and more – over 60 pages worth – making this the one book no Michael Golden fan can afford to miss!

Review (Ken Lizzi):  It almost feels as if a gap in my life has been filled. The saga of Rick Galloway and his mercenaries, whisked away by a flying saucer from a hilltop in Africa just before being overrun by Cubans, is complete at last. Maybe, anyways. I’ve been reading the Janissaries books since I was a teen. Unfortunately, after publication of the third book, Storms of Victory, in 1987 (the year I graduated highschool), the series appeared defunct, ending on, if not a cliffhanger, at least with uncertainty.

Fiction (Tellers of Weird Tales): This passage is as clear and succinct as any in illustrating Edgar Rice Burroughs’ conservatism. It seems to me, though, that his views were not reactionary so much as a uniquely Burkean/American version of conservatism. This version might not be easily portable except perhaps into the Lost Worlds of the imaginationn. Maybe fictional conservative utopias are possible after all.

Science Fiction (Fantasy Literature): Thus, it was this landmark discovery 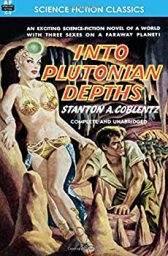 that led San Francisco-born author and poet Stanton A. Coblentz to pen his 5th novel (out of an eventual 23), Into Plutonian Depths, shortly thereafter. The book holds the distinction of being the first fictional work to be set on Earth’s most distant neighbor in the solar system, although it is little discussed and indeed well-nigh forgotten today. And that strikes this reader as something of a shame, as a recent perusal has revealed the book to be a heap of lighthearted, borderline comedic fun, even if it is fairly valueless as a lesson in astronomical science.

Future Warfare (Future War Stories): One of the most common elements of the genre of military science fiction is that of a space fleet or space navy.

Most of the fictional space naval organizations are also based around Terran navies. Whether it be on the Galactica, or the Enterprise, or the Pillar of Autumn, there are elements of the old wet navy still hanging around, even lightyears from Earth and its oceans. However, will the conventional nautical navies disappear once humanity colonizes the stars? In this installment of FWS, we will exploring that very topic if wet navies will still exist after the emergence of a space fleet.

Science Fiction (R Horton): The term space opera was coined by the late great writer/fan Wilson (Bob) Tucker in 1941, and at first was strictly pejorative. Tucker used the term, analogous to radio soap operas, for “hacky, grinding, stinking, outworn, spaceship yarn[s].” The term remained largely pejorative until at least the 1970s. Even so, much work that would now be called space opera was written and widely admired in that period . . . most obviously, perhaps, the work of writers like Edmond Hamilton and, of course, E. E. “Doc” Smith.

RPG (Sprigg’s Scribblings): Psionics! Well, I knew they were going to show up eventually, given that there have been several mentions of it in this book. Psionics, for those who are allergic to science fiction (what are you doing here, anyway?), is the ‘powers of the mind’ that are so common in the genre. Traveller’s stance on psionics starts out with the optimistic view that someday, everyone will have psionic powers as part of their everyday life. But that is not this day. Psionics are known to exist, but it’s still rare, and those who have these powers fall under the jurisdiction of the Psionics Institute.

Cinema (Wertzone): The Genesis Device: a machine of capable of 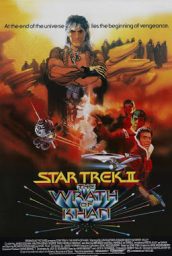 terraforming a lifeless body into a terrestrial planet within hours. But it also has the potential to be used as a terrible weapon. The USS Reliant is assigned to help the Genesis science team find a planet to test the device, but inadvertently stumbles across the exiled home of genetically-engineered tyrant Khan Noonian Singh and the crew of the sleeper ship SS Botany Bay. Khan seizes control of the Reliant and develops a plan with two objectives: the capture of the Genesis Device, and the death of the man who sent him into exile for fifteen years, Admiral James T. Kirk.

Philosophy (Nicholas Kotar): Every anti-Christian intellectual and pseudo-intellectual is at heart a Nietzschean. This may seem hyperbole, especially considering the same people’s frequent and pathological hatred of Nazism (real or perceived), and Nietzsche’s own clear racism, which endeared him so much to the Third Reich. Nevertheless, I insist that they are still Nietzscheans. I’ll make this clear a bit later.

H. P. Lovecraft (Tentaculii): My Patreon Patron John M. asks…Did HPL see the classic monster movies from Universal (Dracula, Frankenstein, The Mummy, etc.) and what did he think of them? Did he especially enjoy any horror movies? Before the First World War, H.P. Lovecraft attended the local cinemas with some regularity. He had previously enjoyed musical shows and light opera in the theatre, and possibly mingled the two during his evenings. I am a devotee of the motion picture” — letter of 1915.”

H. P. Lovecraft (DMR Books): It may seem a strange thing to talk about realism in the fiction of H. P. Lovecraft. Truth be told, it is a strange thing to talk about realism in fiction in general. Fiction by its very nature is made up. This is why I have always been skeptical of the virtue of strict realism in fiction. So-called realistic stories involve made up events and made up characters. Jay Gatsby or Elizabeth Bennett do not any more exist than Cthulhu or Yog-Sothoth.

RPG (Grognardia): If there’s an area where I think most roleplaying game 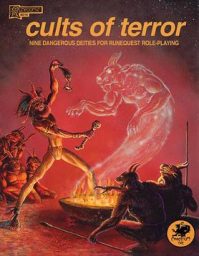 settings – and, let’s be honest, most other forms of popular media – consistently fail, it’s religion. By “fail,” I simply mean that most RPGs do a very poor job of presenting one of the foundations on which nearly every human culture has been built. If religion is treated at all, it’s either presented very cursorily or, worse yet, reduced to mere game mechanics with little or no consideration of society or culture.

D&D (Benespen): My own reading in Appendix N and the pulps has come to the opposite conclusion: I find the pulps startlingly Christian and very much concerned with religion. I did a quick check on Maliszewski’s choice of term “pulp fantasy”, and yes, he is using the term in about the same sense I mean it: pre-Campbelline adventure fiction. However, it is a little harder to understand the cleric as a class in D&D because there isn’t an obvious and well-known character of this type in the works in Appendix N. I think you can make a good argument that you can find one, but Brother Parvus doesn’t have the same name recognition as John Carter or Fafhrd and the Grey Mouser.

Art (Last Stand on Zombie Island): Although lots of people harp on the JFK 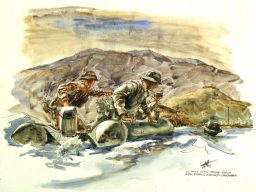 connection to today’s SEALs, the fact is, they were just an updated rebranding of units that date back to the old UDTs and NCDUs (Naval Combat Demolition Unit) of WWII. Speaking of which, the first NCDU unit was established some 78 years ago this month when a”Naval Demolition Project” at Amphibious Training Base (ATB) Solomons, Maryland resulted in the establishment of Operational Naval Demolition Unit No. 1.

launching a new game for the Sony Playstation 4 called Ghost of Tsushima. The story takes place on the Japanese Island of Tsushima during the Mongol Invasion. Here’s the backstory, Kublai Khan decided to invade Japan and lost.  Yeah, there was a little more to it than that, but it’s not really the focus of this piece. The fact is Japan was about the only county that to said, “No,” to the Mongol Empire and made it stick. They are justly proud of that.

History (Martin van Creveld): We do not have to accept at face value all the claims made by New Age historians for whom everything Colored is good and everything White, bad if not positively devilish. Witness the Conquistadores’ own accounts as recorded in their written works and, interlaced with the editor’s comments providing the context, assembled in the volumes under discussion. Following Columbus, the most important among them were Hernan Cortes, Francisco Pizarro, Álvar Núñez Cabeza de Vaca (cowhead, in case you are interested), and Hernando de Soto. Most were scions of the Hidalgo, i.e minor nobility.