Tolkien (Scifi Scribe): If you want to create a high fantasy game that is in the same vein as Tolkien and checks off all those “woke” boxes you so desperately want to check off, you can easily do so without using any of the characters or places in his classic work. It isn’t that hard to do. I did it. Its called Minya’s Legacy. The game never got produced but I created the entire story and bible for it. I’ve been considering making it into a full-blown novel down the line.

Comic Books (Tentaculii): The third volume of the sumptuous Savage 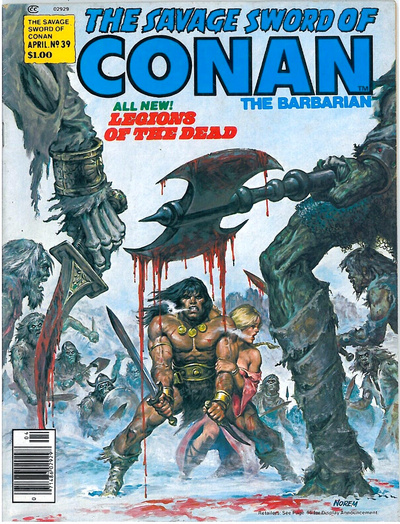 Sword of Conan reprints is now shipping in the USA, including a 160-page Conan the Buccaneer adaptation that is effectively a graphic novel. No sign of the book on the UK Amazon, though. Volume 4 is now announced there for November 2020, adding another 900+ pages of reprints.

Game/ RPG (Kairos): Like a lot of people, I’ve been on a nostalgia trip lately. The accelerating societal collapse seems to be the catalyst for this phenomenon, so it makes sense that much of today’s nostalgia revolves around the High 90s–when most entertainment media sang their swan songs prior to hitting cultural ground zero. For me, a defining component of the High 90s experience will always be sixteen-bit JRPGs. 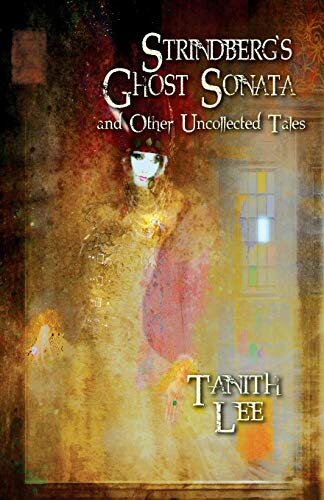 doing an excellent job keeping her memory alive and her work available. In recent years they’ve released a number of collections of Lee’s stories, including many that were previously uncollected, having only appeared once in magazines. They even unearthed a few previously unpublished tales, so even the most devoted of Tanith Lee’s fans will find something they never read before. A partial list of Tanith Lee collections published by Immanion Press.

Harry Potter (DVS Press): It’s a curious case – Millenials, particularly in the “literary” and “writing” (I use those terms as ironically as possible) community are constantly referencing Harry Potter, particularly when it comes to some of the basic parts of the moral play, such as Lord Voldemort, who represents whatever current-year evil they happen to be personally obsessed with (usually just orange man bad). Why? Why so much obsession with a children’s book series, to the point where people put their Hogwarts house in their twitter bio? Yes, you are so Gryffindor, Miss Keyboard Warrior!

Appendix N (Jeffro’s Space Gaming Blog): Just as important is the fact that the campaign setting we developed together is a heterogeneous mess that works far, far better in practice than I think anyone would would want to believe. We have a Melnibonéan ruling over Lankmar… with a Clark Ashton Smith story next door and bits of a Margaret St. Clair novel in the dungeons below. To the north we have the lost city of Opar courtesy of Edgar Rice Burroughs and another dungeon concept taken wholesale from H. Rider Haggard and A. Merritt.

Fantasy (Davy Crockett’s Almanac): I first came across the adventures of

Fafhrd and the Gray Mouser sometime in the early ’70s, when in the throes of Howardmania. There were five volumes available back then, four story collections and one novel, and they were all good. So I finally decided to take another trip through the first book in the chronological series. And whaddaya know? Unlike the sword and sorcery works of Michael Moorcook, which now seem much less than they were, these stories are more.

Interview (NC Register): “No science fiction writer is imaginative enough to have pictured this combination of hysteria, incompetence, malice and 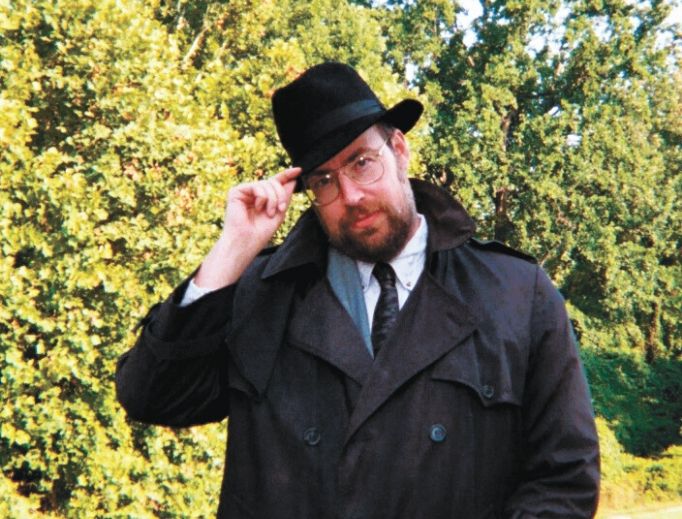 affluence.” So says award-winning science fiction writer John C. Wright, down the line from his home in Virginia. In this time of pandemic, Wright was speaking to the Register June 20, just as the lockdown began to ease across the Western world. The obvious question to ask a writer of speculative fiction is how recent events — which for many have been surreal and at times reminiscent of a premise for a sci-fi novel — compare to his own imaginings of future realities.

crimes, billed as an “American Sherlock Holmes.” An eccentric character, he wasn’t afraid to get his hands dirty solving a crime. He was no armchair detective, and used his scientific knowledge in solving crime. His assistant, Jean Moray, also broke the mold. Miss Moray was no dumb blonde secretary or damsel in distress. A sexy blonde with a genius IQ who packed a .25 derringer, she was the perfect counterpart to her boss.

RPG (Boggswood): The esteemed Paleologos has put up a couple very interesting posts on The Gnome Cache, an early Greyhawk story written by Gary Gygax and serialized in The Dragon magazine.  Have a LOOK. Paleologos pointed out that the installments in issues 6 and 7 feature Blackmoor and reading his posts have prompted me to take a closer look at this portion of the tale.

Hammer series was an empire. It’s like the KISS of crime-fiction and by the late 1940s Spillane and Hammer boosted the genre to lofty commercial heights. Detective fiction was real cool…again. But, a decade before, a guy named Davis Dresser had done the same. Dresser’s Mike Shayne character was a media phenomenon. Beginning with the character’s debut in 1939’s Dividend on Death, Dresser, using the pseudonym Brett Halliday, penned fifty novels through 1958.

Art (Animation Treasures): JOHN CONRAD BERKEY,1932 – 2008, was an american artist known for his space- and science fiction-themed works. some of berkey’s best-known work includes much of the original poster art for the STAR WARS trilogy and the poster for the 1976 remake of KING KONG, berkey produced a large body of space fantasy artwork, creating utopian scenes of bubble-shaped, yacht-like spaceships. his distinctive painterly style has been evaluated as “at once realistic, yet impressionistic and abstract”, and his space craft designs as being “distinctly elegant, yet clearly technological and unmistakably BERKIAN, more inspired by luxury yachts and manta rays than NASA”. he has been described as “one of the giants in the history of science fiction art”.

Westerns (Mens Pulp Mags): There are also some notable new printed and 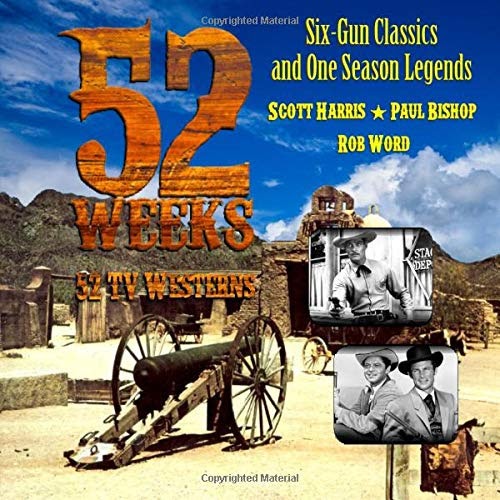 digital guides to Western books, TV shows and movies. Among those, in addition to the HOT LEAD fanzines, is the 52 WEEKS * 52 WESTERNS series co-edited by Paul Bishop, and the extremely well-researched and entertaining “The Six-Gun Justice” podcast hosted by Paul and his fellow novelist and Western maven Richard Prosch.

Science Fiction (Future War Stories): When they came from the red planet to take what is ours, they came in war machines that walked on legs of

three and vaporized with rays of heat. In the founding work of military science fiction, War of the Worlds by H.G. Wells, the tradition of alien invaders was established along with the use of robotic war machines used in future war fiction. One of the many features that made these alien war machines was their form of locomotion: three legs. In this installment of Our Enemies, FWS will be exploring and explaining one of the oldest types of enemies of mankind: the Tripod!

RPG (Misha Burnett): Venger Satanis is a Tabletop Role Playing Game Designer and a prolific blogger on the subject of RPGs. He publishes his work through on the DriveThruRPG platform as Kort’thalis Publishing. His work falls under the general descriptor of OSR or Old School Renaissance–the RPG equivalent of PulpRev. He has an irreverent, often scandalous style.

Westerns (Paperback Warrior): Before he became a popular author of

quirky crime fiction bestsellers, Elmore Leonard (1925-2013) was a working author of gritty, well-crafted westerns. He started with short works in the western pulp magazines and transitioned seamlessly to paperbacks in the 1950s. Last Stand at Saber River was released by Dell in 1959, and the subsequent British edition was re-titled Stand on the Saber. Somewhere along the way, the novel was also released in hardcover as Lawless River. Over 60 years later, the book is still in print as a paperback, ebook and audiobook.