Pulps (Pulp Archivist): “In an attempt to show the wider context of the changes in 1940s literature and how they may have affected Campbell and science fiction, let’s take a look at Doc Savage, the Shadow, and Babette Rosmond.

The pulps were dying by inches during the Forties and the reading audience, cynical after another World War, was no longer satisfied with pulp fiction and pulp heroes. They wanted more thought, polish and realism in their fiction. Babette Rosmond perceived this and surrounded herself with writers who could meet these new demands. She could hardly get rid of Lester Dent (though Walter Gibson did quit during her tenure), so she juggled his novels to make them less conspicuous and showcased the work of MacDonald and others.”

Fiction (Pulprev): “The fighting-man is the quintessential pulp hero. He has graced pages and screens since the dawn of the pulp age, driving stories 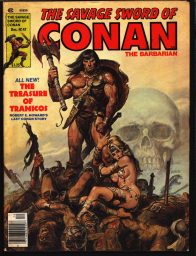 through relentless action and raw vitality. He is an enduring archetype, and for good reason. As Bradford Walker discusses:

To succeed as a fighting-man, you have to have the very qualities of character that define a heroic protagonist: a desire for action, skill at combat, and a combination of excellence and determination to see through to the end. From the earliest heroic epics to today’s pulp fiction, unless it’s specified otherwise you can count on that protagonist being a >clean-limbed, strong-armed, action-ready fighting-man.”

Born Arthur Henry Ward in Ladywood, Birmingham, in 1883, of Irish parents, he changed his middle name to Sarsfield when his mother died in 1901 (she had believed herself descended from the Irish Jacobite hero Patrick Sarsfield, according to Rohmer’ biographer Van Ash); he wrote under the pseudonym Sax Rohmer. (A “sax-roamer” is a wandering blade: a free-lance).

Sax Rohmer became best known for his Fu-Manchu stories (later and more normally written without the hyphen). Robert Bickers, in the Oxford Dictionary of National Biography, notes that “as a thriller writer Ward is of little importance. His prose is pompous and ponderous, and his plotting thin, 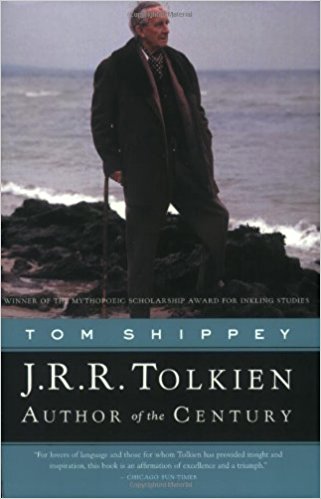 predictable, and repetitious”, but does credit him with “an instinctive knowledge of his market”. His Fu Manchu character, usually noted today as a premier example of racial stereotyping, clearly caught the public imagination; later in life, until his death in 1959, Rohmer lived on the income derived from the numerous film, radio and television adaptations.

Popular Culture (Jeffro Johnson) : “Writing in the pages of the The New York Times, conservative commentator David Brooks closes out a column with this striking kicker:

Conservatives have zero cultural power, but they have immense political power. Even today, voters trust Republicans on the gun issue more than Democrats. If you exile 40 percent of the country from respectable society they will mount a political backlash that will make Donald Trump look like Adlai Stevenson.

It’s audacious, really. I mean sure, non-leftists have been steadily filtered out of education, academia, journalism, publishing, Hollywood, and the arts for so long that most people can’t even imagine it being any different. But zero? Really?

It takes a special sort of ignorance to embrace such a position. Even the residual power of Tarzan, Cthulhu, Middle Earth, and Conan remains a potent force, even in a marketplace flooded with both bastardized derivatives and hostile critiques. Smarmy elites dismissed the staunchly Catholic Tolkien in his lifetime and declared heroic fantasy bad for us from every platform they could manage to subdue. And yet he outlasted all of his detractors to become Author of the Century. And right at this very moment, Jordan Peterson’s number one international bestselling bookis a sensation precisely because it is making the timeless wisdom that infuses the Bible accessible to a generation that is starving for answers and common sense.”

Gaming (Sword and Stitchery): “The old magicks have died & the world has moved on or at least that’s how I happen to view the Original Dungeons & Dragon’s Eldritch Wizardry rule book by Gary Gygax & Brian Blume which hit the book stands in 1976. Its always been a mixed bag of a supplement for some folks but for me its one that hits close to home because of its approach to OD&D. This was one of the big boy supplements for the original Dungeons & Dragons game. Thumbing through Clark Ashton Smith tonight I was struck by how much of the material here is still useful to OSR dungeon masters.”

Writers (DMR Books):  “Arthur Machen was born in Caerleon, South Wales, one hundred fifty-five years ago yesterday. Why should we care? We should care because Machen helped lay some of the foundations of the fantasy and horror literature we enjoy today. Far more than one might think. Joe Sommerlad, linking Machen the Welshman to St. David’s Day, points out the wide cultural reach of Machen over the last century. From Lovecraft to Robert E. Howard to Neil Gaiman to Guillermo del Toro. Not bad for a Welsh country boy who died in barely comfortable obscurity. “

Board Games (Dice Tower News): “The Forgotten Age took players deep into the rainforests of southern Mexico to discover the remains of an Aztec city.

During the investigation, players uncovered a priceless artifact and had to decide how to protect it.  In Threads of Fate, those decisions continue to have consequences. It begins with a choice of three tasks that must be completed in a limited time. Threads of Fate include twenty-four additional Act card, broken into three different Act decks playing all at once and will vary depending on who was last in the possession of the relic.  The Mythos Pack also includes several new player cards which will shape the rest of the campaign. Two of the cards previewed with the announcement are Arcane Research, which reduces the experience cost of the first spell card upgraded before the next scenario, and Shrewd Analysis, which allows the upgrade of a second copy of any Unidentified or Untranslatedcard at no experience cost. Threads of Fate is available for pre-order now.”

RPG (Kotaku): “Slay the Spire, a roguelike where you try to deckbuild your way out of brutal dungeons, went into Early Access on Steam last November and has since been slowly winning over unsuspecting players who go into it with low expectations. I am one of those recent converts.

Developed by Mega Crit Games, Slay the Spire takes RPG dungeon crawling and remixes it around modern card mechanics. At the beginning you’re presented with a map of different rooms connected by meandering and intersecting paths. You choose where to start and then follow the path from one discrete room to the next.”