Popular Culture (DVS Press): If you needed more proof that the obsession with fictional corporate franchises has a religious overtone to it, here is a major filmmaker advertising just that. When my viewers were upset about the corporate destruction of Star Wars, calling the franchise a cultural institution, I thought it a bit hyperbolic – after all, these are just stories, and you can’t uncreate what George Lucas did. I see things better now. Star Wars is part of the religious reverence for popular franchises.

RPG (Matthew J. Constantine): Way back in the 80s when I was a wee lad 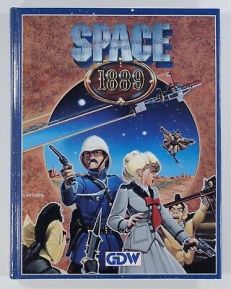 and just getting into tabletop RPGs, I used to see Space 1889 on the shelf at a local game store and I thought it looked pretty cool. Somewhere around there, my father picked up a copy, and I used to thumb through it a bunch.  There was something in the setting that really hit a lot of my buttons. I was an Edgar Rice Burroughs, H.G. Wells, and Jules Verne fan, so that was probably enough. But the setting had something that drew me in.

Coming of Conan, the first volume of collected Conan books restored for The Original Marvel Years Epic Collection, for release into trade in June 2020. Conan’s adventures would become legend, but before he became king, he was Conan the Barbarian. In this new trade paperback, Roy Thomas and Barry Windsor-Smith bring Robert E. Howard’s barbarian to four-color life, and have restored the art to match the epic majesty of their original editions.

Cinema (Amatopia): So this Birds of Prey movie didn’t do so hot. The usual 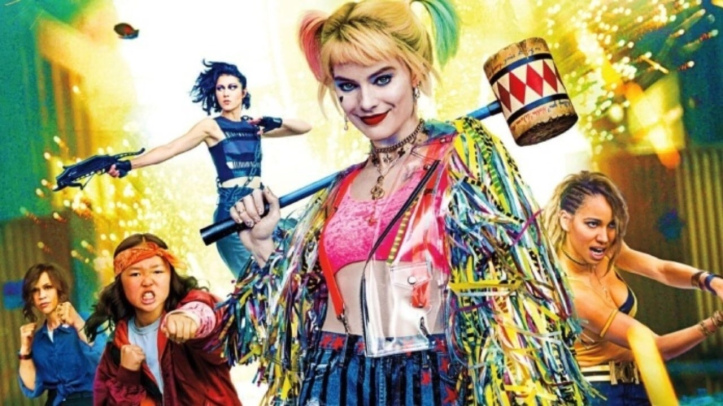 suspects are blaming misogyny among the movie-going public. The other usual suspects are blaming a marketing campaign that specifically told men that this movie was not for them. Now, both are apocryphal, as I have not found men telling other men not to see this movie because it features women, and I have also not found people involved with the making of the movie telling men “This movie is not for you.”

Tolkien (Sacnoth’s Scriptorium): we now know that Tolkien was nominated for the Nobel Prize in Literature at least three times: in 1961, when he was nominated by C. S. Lewis. in 1967, when his name appeared on the (alphabetical) long list as #58 of 70 nominees. In 1969, when he was #90 on the long list of 103 names. So far as I know he did not make the short list any of these times.

(1909-1971), you probably wouldn’t have that Cthulhu bumper sticker on your car, that Cthulhu for President poster, and certainly not that Plushie Cthulhu you have staring down at you from your geek-memorabilia shelf.  Not that Cthulhu would not exist, but he (it?) would be just one more forgotten character in a series of stories by an author unknown except to the most ardent of horror literati. Howard Philip Lovecraft’s greatest creation and most if not all of his fiction would have passed into obscurity if not for August Derleth’s founding of Arkham House publishing.

Fiction (DMR Books): These are stories of Jean Ray, who was known as “The Belgian Poe.” Other writers he was similar to are H. P. Lovecraft, William 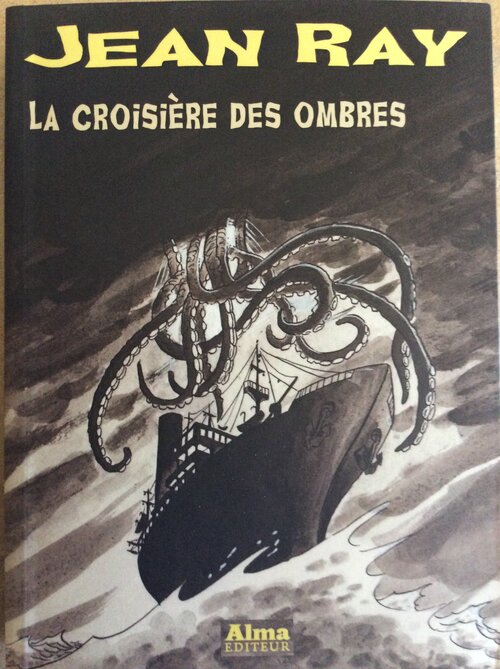 Hope Hodgson, and Guy de Maussapant. I first read Ray’s fiction in the doorstopper anthology The Weird by Jeff and Anne VanderMeer which reprinted his stories “The Mainz Psalter” and “The Shadowy Street.” Reading these stories, I felt like I did when I first read Lovecraft. They were tales of cosmic horror of immense power and imagination. I decided I would seek out more of his fiction.

RPG (Black Gate): For twenty years, the folks at Privateer Press have been creating games, primarily set in their Iron Kingdoms steampunk fantasy

setting. They began with a series of RPG volumes, including an award-winning trilogy of adventures from 2001. These adventures, later collected into The Witchfire Trilogy, was built on the D20 System from Dungeons and Dragons 3E. Then Privateer Press really came into their own with the introduction of the Warmachine miniature wargame, focusing on armies that control massive metallic warjacks, one of the iconic creatures from their Iron Kingdoms setting.

T.V. (Dark Worlds Quarterly): When I was in graduate school, one of my

favorite television shows was Highlander.  I’d seen the first and second movies, and while I’d enjoyed them, it was the TV show that really captured my imagination and made me think about immortals and immortality. A movie is limited to approximately two hours. By contrast, a weekly show has a lot more time to develop characters, backstory, plots and subplots, and story-arcs that can last for months or even years.

Fiction (Epoch Times): In 1907, the man who composed these verses won

the Noble Prize for Literature at the remarkably young age of 41. He also wrote hundreds of short stories and several novels. Many of these were made into films in the 20th century, among which were “The Jungle Book,” “Kim,” “Gunga Din,” “Wee Willie Winkie,” “Captains Courageous,” “Soldiers Three,” and “The Man Who Would Be King.” (Reader, if you haven’t seen this last film, starring Sean Connery, Michael Caine, and Christopher Plummer, treat yourself to a great movie this winter.)

Fiction (Wasteland & Sky): A couple of years ago, Superversive Press

announced a series of 12 volumes each containing short stories based on the classic planetary system. 9 were based on the planets, and two were based on the sides of the moon. Each volume would contain stories science fiction, fantasy, horror, and weird fiction, with everything in between. No genre style was off limits. All that mattered was matching tone and theme. As a themed series of short story anthologies, it was quite ambitious.

Retro-Science Fiction (25 Years Later): There are two closely-knit, though not necessarily always interchangeable, subgenres of the Golden Age of Science Fiction. Raypunk, or in architectural design circles referred to as Raygun Gothic, is the retrofuture with an eye for a bright future. Atompunk generates dystopian vibes and warns of a dreaded future in which the atomic bomb desecrated all humankind. Atompunk is bleak and afraid. Raypunk is quite excited for what tomorrow has in store.

Cinema (Jon Mollison): Bollywood often gets bandied about as an alternative to Hollywood fare by those cut back on consumption of it’s anti-American resentment.  Taken in by the flashy colors, the obvious national pride of the productions, and for some strange reason the song and dance numbers that break out on the regular, they seek solace in alien spectacle.  Personally, I find the sheer foreign-ness of Bollywood off-putting in much the same way I find anime incomprehensible. . . Enter Furious, the Russian made story of 17 brave warriors who stood up to a full Mongol horde.

Art (Down the Tubes): The Windsor-Smith Studio announced the 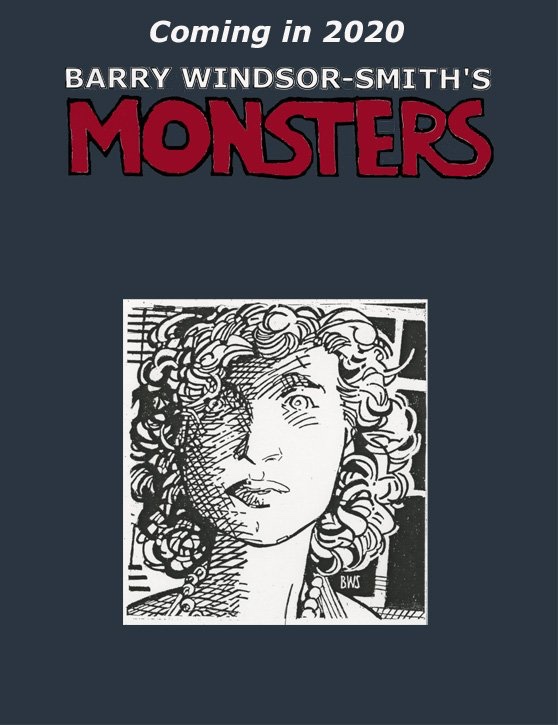 completion of Monsters, the long awaited graphic novel by Barry, last December, and that the project is on track for a mid-2020 release, but a publisher was not revealed. Assuming it will be launched through traditional distribution routes and not solely through the Windsor-Smith Studio official web site, you’d expect a solicitation through Diamond Previews might soon be in the offing.

Fantasy Fiction (Superversive SF): To both spend time with my children 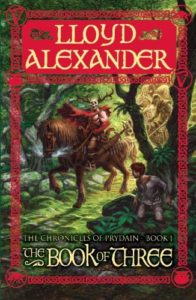 and give them literary food to build their minds, I recently read to them THE CHRONICLES OF PRYDAIN. For them, it was the second reading, but they were too young to remember the first. This time, they were begging for me to read more each night. The stories of Taran and the companions, Fflewddur Fflam, Gurgi, and Eilonwy not only filled their imaginations with adventure but taught them how dragons can be slain (paraphrasing of G.K. Chesterton).

Conan books and The Fellowship of the Ring, in Science Fiction Quarterly, August 1955. Worth reading right across the spread, as it’s ‘all of a piece’. For those who have somehow not yet enjoyed The Lord of the Rings, note that his review has plot spoilers for the first volume. At that time the second volume was not yet published. Camp must surely have here been the first to draw the comparison between the modus operandi of the ring in the Conan novelette “The Phoenix on the Sword” (1932) and The Lord of the Rings.