Review (Easily Distracted): There are Victorian tales here; there are

Writing (Alexander Hellene): He spots it. A fighting man engaging in a style of swordfighting that is offensive to the eye. The wizard’s aesthetic sense is wounded, offended, far out of proportion with the swordsman’s actual infraction. Though old, the wizard is still fit, and has forgotten more about the art of the blade than this cocky young hotshot on the orb will ever know. I should do something, the wizard thinks. He raised one of his fingers, knobby and twisted like an old branch, and held it over the orb.

Comic Books (Post card from the Age of Reason): What are comic books, or at least, what are US comic books? In the parlance of the day (the mid- to late-1930s), a comic book was a book that contained comic strip reprints, typically the Sunday funnies of popular strips (if they could get the reprint rights), short stories of adventure and humor, and some comic stories that were written and drawn by in-house staffers.

This was obviously crafted by DC Comics just before Action Comics #1 was published, right? Yeah, no.

Sale (Aether Czar): Every title $0.99 or free! Celebrate the holidays with over a hundred outstanding titles from established and emerging talent, each priced at just $0.99, including many that are absolutely free. It’s a sale too big for just one blog post, three sales in one, and an added bonus from Silver Empire!

For some reason S.T. Joshi does not index ‘Thanksgiving’, this lack possibly being an indexer’s convention. But I’ve picked out a few examples in which Lovecraft mentions it. First, here again is Lovecraft’s celebration of a Thanksgiving meal made by Sonia in New York City…

D&D (Goodman Games): While the books of Appendix N are inarguably a 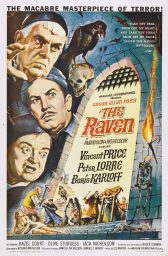 huge influence on the early days of fantasy role-playing adventure games, it is also important to consider the popular films of the day. Roger Corman’s 1963 movie The Raven tells the story of three rival wizards. This comedy-horror picture features tropes and themes that are familiar to any fan of fantasy RPGs, from classic magic-user spells, to flashy and unpredictable wizard duels. 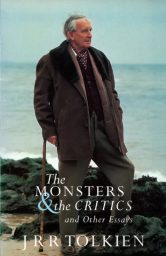 Tolkien (Murray Ewing): “On Fairy-Stories” is one of those rare windows — along with Lovecraft’s “Supernatural Horror in Literature”, Moorcock’s Wizardry and Wild Romance, and Le Guin’s key essays in The Language of the Night — into the thinking of a major fantasy writer about fantasy itself. They’re often as much (if not more) about what the writer thinks others are doing wrong than how to do it right, and usually end up having to be mined for a few insightful gems — which, though rare, are always well worth the mining. 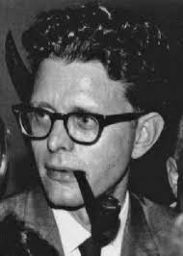 ninety-fifth birthday. During his fifty-year career, he wrote numerous classics—major and minor—that fans of SFF should be thankful for. I certainly am.

Robert E. Howard (Voyage Comics): Like J.R.R. Tolkien, Robert E. Howard was among a handful of twentieth century writers whose work redefined fantasy. In particular, Howard is often credited as the father of the “sword and sorcery” sub-genre. Indeed, his Conan tales remain the standard by which all subsequent sword and sorcery stories are judged. After creating Conan, Howard attained some measure of success before his tragic suicide at age thirty.

of science fiction and fantasy, with hundreds of magazine and anthology appearances, and with a career spanning the most creative era of visual marketing in publishing of the 20th century, Poul Anderson’s bibliography has the quintessential ‘Classic Covers’ ingredients. Here is but a small sample of the art that brought Anderson’s stories to life.

Fiction (Frontier Partisans): The Maine native has turned his love for the 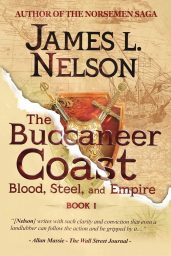 sea and his knowledge of the men who sail it into an honored career as a maritime writer. Back in the long ago, he wrote a fine cycle of novels about piracy in early 18th Century Colonial America. He then moved on to Civil War naval action, Vikings, the American Revolution. Now he’s back to the sweet trade, and I will readily sign articles and climb on board… 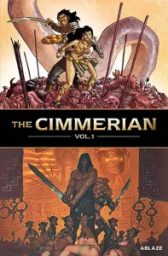 Comic Books (Talking Pulp): Now that Conan has fallen into public domain, at least the earliest stories, anyway, other publishers besides Marvel can now make Conan comics. Ablaze is the first company that I’m aware of that has taken their shot at adapting the iconic character. In this collection, we get Ablaze’s adaptations of “Queen of the Black Coast” and “Red Nails”. 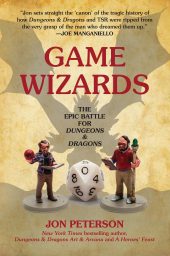 His latest book, Game Wizards: The Epic Battle for Dungeons & Dragons is different; it’s a look at the early history of D&D as a product. Dungeons & Dragons is an unlikely success, argues Peterson. The book starts with the business journey of D&D, with its creators and to Gary Gygax ouster from TSR (1) in the 80s. 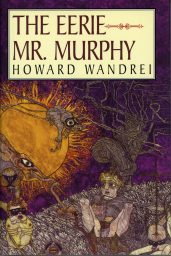 Pulp (M Porcius): Many times in his correspondence Lovecraft talks about how Howard Wandrei is a genius artist destined to go far, but it doesn’t seem as if these predictions came to pass–at least Wandrei has not achieved the notoriety of Virgil Finlay or Hannes Bok, and I didn’t find very many high quality images of Wandrei’s illustrations online (though you should check out the back cover of the 1995 collection Time Burial, which you can see at Amazon, on which is reproduced a quite absorbing black and white line drawing by Wandrei.)

with his long-running and successful series Assignment, starring a CIA agent named Sam Durell. However, Aarons was extremely prolific in the decades prior to his Assignment books. In today’s Paperback Warrior Primer, we reveal who Edward S. Aarons is and delve into his remarkable literary career.

probably one of the biggest influences on men’s action-adventure literature behind Don Pendleton’s War Against the Mafia (1969). The novel eventually launched a blockbuster film franchise starring Morrell’s main character. I’ve seen the Rambo films and I’m quite fond of the film version of First Blood. I was curious to read the differences between the film and book. With a few extra dollars, I bought a used Fawcett Gold Medal printing of this classic action novel.

Firearms (Frontier Partisans): The most significant firearm on the early Colonial Frontier was not the rifle (not by a long shot), nor the military musket. Trade fusils and long-barreled, large-bore doglock or flintlock fowlers were the workhorses of the era. The latter piece is the focus of this essay.

Fiction (Sorcerer’s Skull): Werewood is the sort of dark, fairy wood of 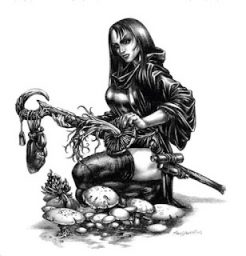 Talislanta. It has elements that recall Tolkien’s Mirkwood, and Vance’s Tantrevalles in his Lyonesse trilogy, but those resemblances may just be that they are drawing from the same inspirations. The Dhuna are sort of compositions of various witch tropes, including maybe some neo-pagan witches flavor. They’re a good counterpoint to the Rennfaire types of Silvanus. 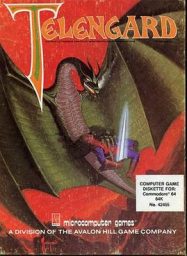 Games (Grognardia): Looking back on those days, one game continues to stand out in my memory as being better than the rest: Telengard, released by Avalon Hill in 1982. Telengard was what would nowadays be called a “dungeon crawler” in that the focus of play was navigating one’s randomly generated character through an immense, 50-level dungeon filled with all manner of monsters, traps, and treasures. 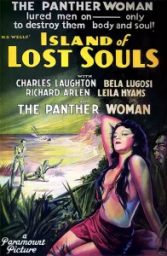 been immediately associated with the 1996 film The Island of Dr. Moreau, which was plagued with incredible production issues that were so legendary that there’s a feature length documentary about it (I reviewed it here). For the most part, this was a decent adaptation of the ideas, concepts and general story of the original 1896 novel by H. G. Wells. Sure, there are certainly some differences and the movie is also limited by what was possible in 1932.

History (GNXP): Domestication of horses fundamentally transformed long-range mobility and warfare1. However, modern domesticated breeds do not descend from the earliest domestic horse lineage associated with archaeological evidence of bridling, milking and corralling at Botai, Central Asia around 3500 BC3. Other longstanding candidate regions for horse domestication, such as Iberia5 and Anatolia6, have also recently been challenged.