Cinema (Arkhaven Comics): The trade press is going on at great length over 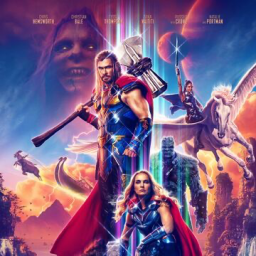 how mega-super-great Thor: Love and Thunder is doing at the box office.  Despite a 68% second weekend crash. Yeah, it has hit the $500 million mark.  Good for them.  But it had a budget of $250 million and it was shot pre covid, so it has been racking up obscene amounts of interest for years.  This film needs to pull down somewhere in the neighborhood of $750 million before it crosses into the black. 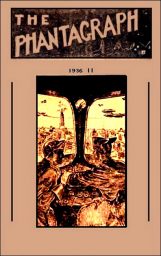 Conan (Sprague de Camp Fan): “The Hyborian Age” was first published in 3 issues of The Phantagraph. Part 1 in Volume 4, Number 3, February 1936; Part 2 in Volume 4, Number 5, August 1936; Part 3 in Volume 5, Number 1, October 1936. The Phantagraph series stops at the time of Conan. The first complete publication was in The Hyborian Age, LANY Cooperative Publications, 1938. It was reprinted in two parts in the Lancer Conan series. Part 1 in Conan, 1967 and Part 2 in Conan the Avenger, 1968. 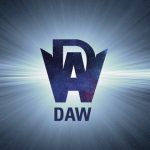 and Sheila Gilbert have sold the company to Astra Publishing House. The entire DAW staff will continue working under the new owners. Astra CFO and president Leying Jiang said,

We’re so thrilled to have DAW Books and its talented team joining Astra Publishing House. It feels like we are adding another bright star to our growing program. And so this acquisition marks a new milestone to Astra’s journey to a successful future.

Tolkien (Akratic Wizardry): I’ve always found the Second Age of Middle-earth intriguing. One reason is that, unlike the First and Third Ages, it is not a period during which any of Tolkien’s primary stories occur, and hence remains somewhat mysterious. Unlike the First Age, human civilization matures during this time and becomes more than a mere imitation of that of the Elves. Also, unlike the Third Age, it’s not a kind of twilight era of slow decline: human civilization reaches its peak with Númenor.

Cinema/D&D (Tenkars Tavern): The new trailer has been released for the upcoming Dungeons & Dragons movie starring Chris Pine. I am pleasantly surprised to say “it looks fun” and possibly even good. I know, go figure. Here’s the link to the video. Enjoy:

Authors (DMR Books): You probably know RazörFist from his opinionated, 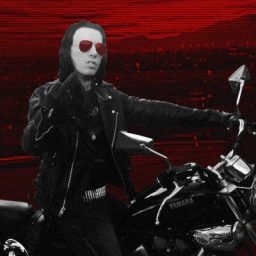 impassioned YouTube videos, but did you know he’s a fantasy author as well? In this interview we discuss such topics as his upcoming novel Death Mask, the influence of noir/detective stories on his writing, being called a “coked up metalhead Dennis Miller”, and more.

Fantasy (Goodman Games): In Nyumbani Tales (MV Media 2017), sword-and-sorcery great Charles Saunders collects 13 short stories spanning his early career, work that had previously appeared in a variety of publications, from small press ‘zines like Weirdbook and Black Lite, to mass market anthologies such as Beyond the Fields We Know and Hecate’s Cauldron. 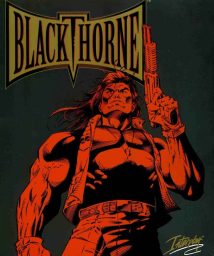 game so much as it’s shotgun-and-sorcery. The introduction explains that on the world of Tuul, a faction of orcs (or at least creatures close enough to the traditional image of orcs) lead by Lord Sarlac are completing their conquest of the planet. The human king Vlaros, making his last doomed stand at “Stonefist, South of the Borderlands,” has his wizard transport his son, Kyle, to Earth to grow up in relative peace and safety. 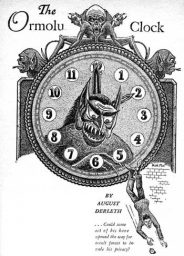 Weird Tales (Dark Worlds Quarterly): “The Ormolu Clock” by August Derleth appeared in Weird Tales for January 1950. It was one of his later ghost stories not connected to the Cthulhu Mythos. Derleth wrote a hundred tales for “The Unique Magazine”, beginning long before he fell under the shadow of H.P. Lovecraft. These stories were always set in England as is this one. (Derleth’s love of all things British would come to a head in his Solar Pons stories, a long running series of Sherlock Holmes pastiches.)

Gaming (Walker’s Retreat): The new edition of Star Frontiers just got the best endorsement possible: a Point & Shriek attack by Tabletop RPG SJWs. Oh, it gets better. The account? Claims a Bellevue, Washington address, so this is a Current Year D&D supporter and may even be someone in at Wankers By The Beach or Baizuo.

Celebrity (Bounding Into Comics): According to Star Trek icon William

Shatner, the recent slate of Star Trek offerings produced by Paramount are so abysmal that not only do they strongly pale in comparison to The Original Series, but also feature some stories and direction that would have original franchise creator Gene Roddenberry “turning in his grave”.

Cinema (Kairos): James Cameron  may have gone full Pop Cult in a frenzy of giant smurf Gaia worship, but his past career leaves no doubt as to his visionary status. Starting in the 80s and throughout the 90s, he displayed an uncanny knack for getting out in front of Hollywood trends. And if the industry wasn’t going along with his vision, he’d make them.

Calhoun, a rancher whose 17-year old sister runs off to Los Angeles for a life of excitement and ends up as a high-dollar hooker in a call girl ring. Big-city law and order is lacking justice so Calhoun brings his own, putting his brand on the bad guys during an explosive finale. Notable for a Kenny Rogers track titled ‘Runaway Girl’,

Firearms (Monster Hunter Nation): I got into a discussion the other day about good YouTube resources to get educated on gun stuff. It is a travesty that there are some great, super knowledgeable instructors who post valuable advice and then get 3,000 hits, while some dumb ass can pontificate about dumb shit and get 300,000, and the audience doesn’t even know enough to know that they’re getting terrible advice. 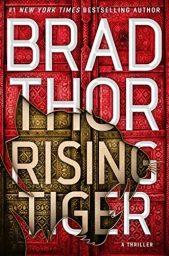 one of his books is like getting an early look at future headlines, and that’s never been more true than with his latest blockbuster novel, Rising Tiger. Set after the events of Black Ice (2021), Thor opens his latest Scot Harvath thriller, the 21st in the series, in India where an American diplomat is murdered. 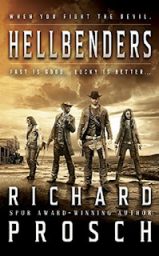 Civil War is drawing closer to a reality, but the Mexican/American War is still on the minds of many in the Southwest. Cortina’s Mexican insurgents have just laid waste to a large chunk along the Rio Grande and now a Tejano named Cardoza has his sights set on taking over a ranch, with dreams of many more such targets to come. However, at the behest of his uncle, Texas Ranger Lin Jarret rides into the middle of this war, with the primary mission of watching out for Reece Sinclair, daughter of ranch owner Tom Sinclair, heiress to the large spread.

Fiction (Glorious Trash): Even though I was obsessed with action movies as 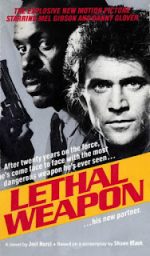 a kid in the ‘80s, I didn’t see Lethal Weapon until around 2001. It just didn’t seem like an “action movie” to me, a la Rambo or Predator. It seemed more like a cop movie. In fact, I recall thinking it looked like a bigger-budgeted episode of Miami Vice. 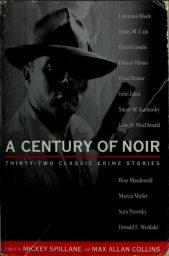 Fiction (M Porcius): In 2002, New American Library published A Century of Noir: Thirty-two Classic Crime Stories, a volume edited by Spillane and Max Allan Collins, and today we’ll read four of those thirty-two, tales by Fredric Brown, Gil Brewer, Spillane himself, and Bill Pronzini.  A Century of Noir actually includes a story by a fifth person who interests us here at MPorcius Fiction Log, Leigh Brackett, but we’ve already read her contribution, “I Feel Bad Killing You,” which I blogged about (along with some other Brackett crime fiction) back in 2020.

Fiction (On the Book Beat): A British spy being brought back to London to oversee a failing, marginalized branch of the secret service contends with an idealistic young second in command, a few eccentric double agents, and an odd new badminton partner at his local club in John le Carre’s Agent Running in the Field. 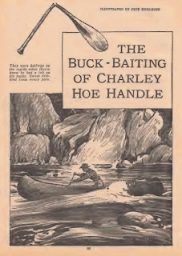 remembered for his young adult adventures featuring dogs, young boys, and always set in the outdoors. A few of his best-known books are Big Red (1945), Irish Red (1951), Outlaw Red (1953), and Stormy (1959). But Kjelgaard was also a regular contributor to pulp and slick magazines in the 1940s and 1950s, including Black Mask, Argosy, Western Story, Weird Tales.

King Arthur (Yahoo News): Some say King Arthur slew a giant there. Others say he knelt in prayer and his knee print indentations are forever etched into the stone. Archaeologists set out to find out what really happened at Arthur’s Stone, a 5,000-year-old Neolithic chambered tomb in Herefordshire, England, near the border of Wales.