RPG (Walker’s Retreat): Throughout all of this talk of the True Campaign Model, I’ve consistently identified Pendragon as an outlier. The reason is simple: Pendragon offers a complete and concise alternative campaign model. You play through the entire timeline of Arthurian Mythos–The Great Pendragon Campaign–which lasts about 80 years or so. During this time you go from the chaos leading to Arthur’s rise, the Enchantment of Britain, and the decline leading to the Grail Quest and Arthur’s fall at Camlain.

Awards (John C. Wright): Over the past seven articles, I have outlined the details of the controversy known as the “Sad Puppies” (and also the “Rabid Puppies”) that has shaken up the sci-fi/fantasy awards known as the Hugos in recent years.  In this final article (for now– this explanatory series may potentially be revived in the future in light of new news, such as upcoming nominations), having discussed the reasons for disagreement and the emotions and reactions coming from people on all sides of this conflict, I now wish to address a question that was asked a great deal during Sad Puppies III, but which has been raised much less frequently in recent years: is reconciliation possible?

Tolkien (Aeoli Pera): The reason Gandalf knew Gollum had a part to play is he sensed that Frodo had a blind spot he would need to overcome. At that time, Frodo couldn’t sympathize with Gollum’s wretchedness because he didn’t understand the significance yet of being the ringbearer. It’s like I said yesterday about setting out on a 100-mile race, he didn’t really understand that by the end he stood a very good chance of becoming exactly like Gollum.

T.V. (Arkhaven Comics): Thunderbirds didn’t do what the Andersons 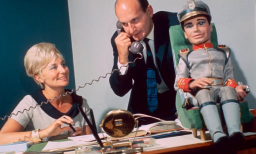 wanted it to do for them, but it did do what it needed to.  Its consistently high production quality put them on the map.  The right people were willing to return their calls.  And by the right people, I mean the money.  It was time for them to make shows that were built around filming humans.

RPG (Grognardia): What is the one roleplaying game that I’ve never played but wish I had? I thought about this question for a while and considered several possible answers before settling on an answer that satisfies me: Space Opera. Though I am a devoted fan of science fiction roleplaying games (and even wrote one myself), I’ve never played FGU’s 1980 entry into the genre. I own a lot of the game’s releases and have read several of them avidly, but, more than four decades later, I’ve never never succeeded in playing the game, though I did come close a few years ago.

Popular Culture (Wasteland & Sky): We are living on the scraps of a long dead era while simultaneously spitting on those very people who created what we love so we can keep our scavenger culture alive. It’s disgusting, but it does help us avoid actually moving towards a future worth living in. We instead get stuck in a cult of our own personality where everything we like reflects back on us like Narcissus finding that perfect pool for himself.

Fiction (Ken Lizzi): And so we come to The Pirate of World’s End, the fifth 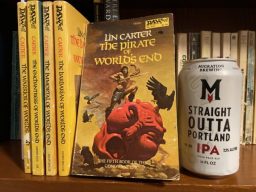 book in Lin Carter’s self-described Gondwane Epic. I stand by my previous comments on the books. There was a playful vibrancy about the everything-and-the-kitchen sink gonzo fantasy at first. Yet as I read this fifth volume, I was reminded of a couple of laws of economics. One is Diminishing Returns, in which — all other factors remaining the same — the increase of one unit actually results in less efficiency in production. The other is Decreasing Marginal Utility, in which the satisfaction of consuming a product can drop to zero, or even become negative. 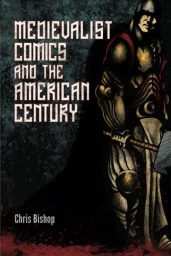 Academic Wankery (Sprague de Camp Fan): Medievalist Comics and the American Century Chris Bishop University Press of Mississippi, 2016. Books like these always tread a line between academic-ness and geek-ness. The more geek-ness, the better I usually like the book. By that standard, this is a pretty good book.

Fiction (DMR Books): It occurred to me that I should clarify my views on 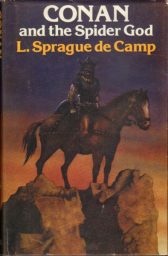 ‘pastiches’, now that there appear to be new Conan pastiches on the horizon courtesy of Funcom.

The old, long-accepted definition of “pastiche” went something like this: A literary, artistic, musical, or architectural work that imitates the style of previous work.

Comic Books (Dark Worlds Quarterly): Back in December I wrote about an early heroic fantasy comic and I called the piece “Quasi-Sword & Sorcery – November 1952”. “Journey to Chaos” was the subject of that blog post. Almost a Sword & Sorcery piece, with a husband making a deal with the devil to rescue the soul of his dead wife. Orpheus inspired, it felt a lot like heroic fantasy. Bob MCarty drew it and it was fun.

Fiction (Mystery File): RON GOULART, Editor – The Hardboiled Dicks. Pocket, paperback original; 1st printing, October 1967. Eight stories from the pulp-age detective magazines, when violence and action were the keywords. The question is, are these stories merely representative, or were they chosen to be among the best of each author’s work? If the majority of pulp stories were below these in quality, they deserve obscurity, but if these are indeed only meant as typical examples, future digging might be quite rewarding.

History (Frontier Partisans): It’s small but highly motivated force that has set sail for the shores of Cuba, determined to overthrow tyranny and bring the blessings of republican government and economic prosperity. Intel leads them to believe that they will be welcomed as liberators, that their arrival will, in fact, ignite a revolution that is already smoldering in the Cuban mountains.

Horror (Too Much Horror Fiction): Anthologist and horror historian Peter 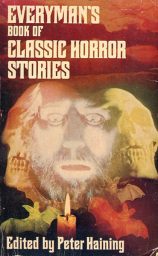 Haining was born on April 2, 1940, in Middlesex, England. His books number into the hundreds, and his anthologies boast some of the most bizarre art of the late Sixties and Seventies, often by recognizable genre artists such as Bruce Pennington and John Holmes. Favoring “the subtle and the classic over the shocking and the graphic,” he collected tales not often found in other horror anthologies and sought to broaden the scope and appeal supernatural fiction.