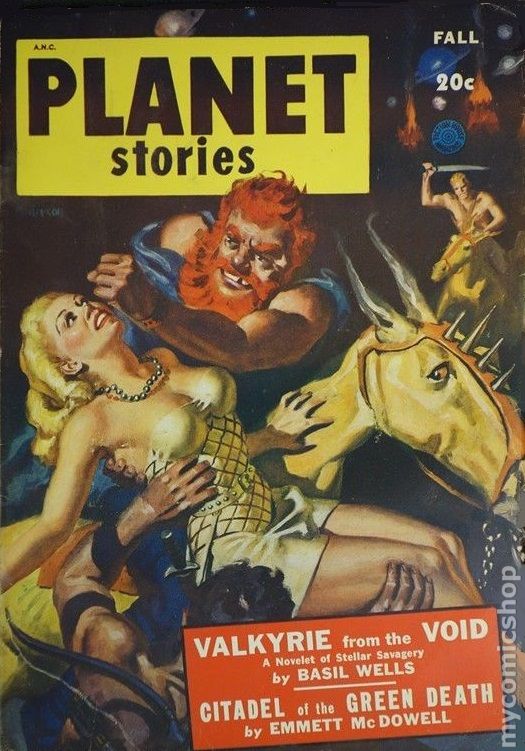 The Wasteland (Barbarian Book Club) The Western Canon — “My college experience was even more disappointing. The few English, Literature, and Creative Writing classes I managed to take were disappointing. I remember an introductory literature course where the dreadlocked grandma professor informed the class on day one that she would only focus on feminist literature through a feminist perspective. I walked out. Another English class I took a few years ago for a professional requirement consisted of the professor putting on videos and having marijuana reeking students complete fill in the blank worksheets. I hung in there because my work required it but otherwise considered a tremendous waste of time and money.”

Big Time SFF (Kairos) Career Advice — “Today, most successful authors build relationships with fans on social media. They learn how to make Amazon’s algorithm bring new readers to them. A surprising number of them–far more than in tradpub–are quietly pulling down six or seven figures per year; all without the approval or knowledge of the old gatekeepers. Nothing bad happens when you stand up to SJWs. Sure, they love to threaten dire recriminations, but if this is the kind of ‘career damage’ they mean, sign me up!”

Appendix N (The Pulp Archivist) From the Book of the Dead: C. L. Moore — “‘Read this!’ he commanded, the moment I stepped into the new editorial rooms at 840 North Michigan Avenue, in Chicago. I obeyed. The story commanded my attention. There was no escape. I forgot that I needed food and drink–I’d driven a long way. For nearly six years, I’d not lived in Hammond, as Farnsworth’s neighbor. The stranger’s narrative prevailed, until, finally, I drew a deep breath, exhaled, flipped the last sheet to the back of the pack, and looked again at the by-line. Never heard of it before. ‘For Christ’s sweet sake, who and what is this C. L. Moore?’ He wagged his head, gave me an I-told-you-so grimace.”

Magazines (Injustice Gamer) Injustice Anthology Review: Astounding Frontiers #1 — “Ok, I think it’s clear I don’t think this is yet really a pulp magazine. There’s nothing that lines up with pulp fantasy at all here, and a couple pieces just didn’t feel like they fit what was put forward as the focus of the book. As a collection, I find this to be a much better effort than Forbidden Thoughts was, even without having it’s full focus yet.”

Pulp Revolution (Benjamin Cheah) Between SocJus and PulpRev at the Dragon Awards — “PulpRev pays homage to the great masters of the past, figuring out what made their stories great and how to apply these lessons for future fiction. The Superversive movement wants to go one step further, creating fiction that is uplifts and builds up instead of degrading and tearing down. We come from many nations, represent both sides of the political spectrum, hail from a wide range of backgrounds, but we all believe in the same cause: to create entertaining SFF.”

Don’t Call It Indie (Kairos) Kiss Tradpub Goodbye — “I’ve heard that the standard tradpub advance for new midlist authors has fallen as low as $2500. Who in his right mind will sign away all rights to his book forever in exchange for such a pittance–especially when there’s even odds he won’t earn out, or his contract will be cancelled next quarter? Before, there remained a narrow set of circumstances in which publishing with the Big Five might have made sense. Now it’s not even a choice anymore. Traditional publishing is dead. The future is indie.”

Appendix N (PC Bushi) A few thoughts on Jirel — “Moore would have fit right in if she were included in Appendix N. Not only did she associate with and befriend writers like Brackett, Lovecraft, and Howard, but the way they inspired one another is pretty clear when you read their stuff.”

Books (Just The Caffeine Talking) Book Review: Gravity’s Rainbow — “Reading Gravity’s Rainbow was like being stuck in the back seat of your college roommate’s car on a cross-country drive with his stoner hometown friend from middle school sitting next to you endlessly spouting a bunch of faux-profound insights plagiarized from Noam Chomsky and Howard Zinn until you snap somewhere west of Kansas City and start flailing at him with the empty Pringles canister.”

The Dragons (Injustice Gamer) What the Dragon Awards just got VERY WRONG — “Now, as to how I would allow for withdrawal if I were them. Make it permanent. Yes, if you’re going to allow for withdrawal from a fan award with a reputation for favoring fans over celebrities, deny them forever. Why? Right now, they’re also playing a game of the Dragons not being real, legitimate awards. The next step, to take it the rest of the way, is to deny them a professional presence at DragonCon in perpetuity, for denying the fans.”

The Dragons (Benjamin Cheah) Drama at the Dragon Awards — “As for Scalzi’s case, when he first tried to withdraw, the Awards’ organisers refused. Then they changed their minds and allowed the withdrawal. Then they asked Scalzi to reconsider. This flip-flopping signals that the organisers lack spine, and aren’t willing to enforce their own rules and standards. Organisations that cannot stand fast will bend to suit the whims of the outrage-mongers.”

The Dragons (Kairos) A Conservative Play — “Alfred Genesson has the right of it. Withdrawing from a democratically selected awards ballot in the name of ideological purity shows contempt for the voters and the process itself. Fans are now denied the chance to express their appreciation for a book they enjoyed, and the award organizers must scramble to issue revised ballots–which they will now have only one day to count.”

Subliterate Claptrap (Black Gate) Amazing Stories, July 1964: A Retro-Review — “Robert Silverberg’s book review column, The Spectroscope, first takes on Edgar Rice Burroughs, both on his own (The Cave Girl) and via a slavish imitator (Otis Adelbert Kline, with Prince of Peril). Silverberg’s verdict: ‘unmitigated trash, subliterate claptrap barely worth the time of children.’ (My verdict, based on a very limited sample (ERB’s first novel, A Princess of Mars aka ‘Under the Moons of Mars’ is a bit more forgiving — claptrap and trash it may be, but it’s definitely mitigated — at least early in his career Burroughs offered an energetic glee that made him worth reading despite the silliness.)”

Books (Dan Wolfgang) A Tale of Two #GamerGate Books — “Dangerous Gamers has ten full pages of books his customers also bought within a wide variety of genres. There’s Sci Fi/Fantasy books, True Crime, Western, Classics, Literary Criticism, Thrillers, Historical Fiction, and Satires. That’s because the customers who bought Dangerous Gamers have a wide variety of reading tastes, which their shopping trends reflect. Sure, Amazon’s recommendation algorithm is a bit of a black box system, but what we can observe still shows a common trend.”

D&D (Omniosity) D&D’s Balancing Act — “Most of these problems were ‘solved’ in the ’80s with systems which did away with classes and levels (Runequest or Star Wars for example). This helped make sure every character was individual and stayed relevant, but it isn’t an option in OSR as without class you don’t get that immediate entry point when your class provides you with a package of powers and responsibilities, and without levels you can’t have a character who will start off scared of a goblin with a stick and end up coolly taking down a dragon and it’s army of undead. So what’s the solution? Stop adding new rules to the mix for one thing. If the rules you’ve got aren’t working either make them work or replace them. This is where the problems all started, back in Greyhawk when they added the Thief and his skills to oD&D.” 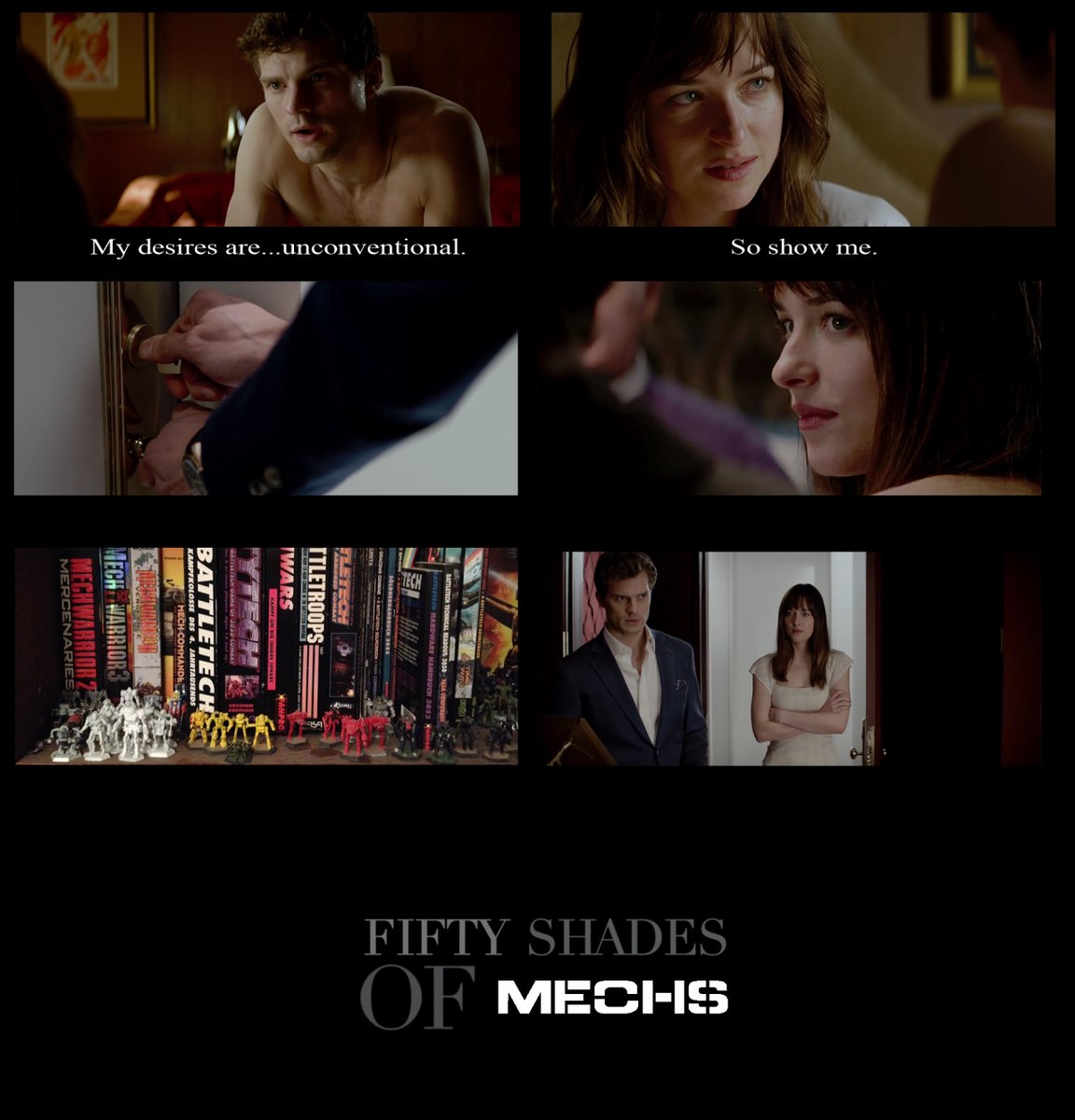 Comics (John C. Wright) Who Knows What Microaggression Lurks in the Hearts of Persons? — “If Walter Gibson returns from the grave as a ghost in a black hat and cloak, half unseen, heard only as a whisper or a mocking laughter, armed with .45 automatics, to carry out a divine vengeance against these greasy leftwing harpies, who despoil every feast they cannot eat, it would be only justice. It is at times like these I am glad I was born Vulcan. I cannot imagine what a lifelong Shadow fan would do, if he were touched by normal human emotions like wrath, grief, despair, and a burning yearning for vengeance. Ah, no, wait. Perhaps I can imagine.”

D&D (Gaming While Conservative) My Players So Smart— “So they pooled their cash and bought out the town’s stock of oil.  They hired two more torchbearers (at a premium given the fate of their last henchmen).  They bought an extra long crowbar.  Only then did they return to the tomb, expecting to find the wights roaming, but he’s off on the wandering monster table now.  Which left them free to carefully pry open each sarcophagi, with two encumbered fighters sitting on the lid for good measure.  Just a few inches to check the contents, and every time a white wight hand shot out – they stopped, and let it flail while they poured in the oil, lit up the place, and waited a bit.  They pushed the lid back in place to snuff out the flames, and bingo bango bongo, wight bacon, extra crispy.  The gold was melty, but the crowbar served as a nice spatula for it once a little water cooled the ingots down.”