T.V. (RMWC Reviews): The plot is similar, but different from the original

Ultraman. Instead of merging with a human host, this show’s Ultraman came to Earth from the Land of Light in Nebula M78 (an actual nebula and part of the Orion constellation) and rescued a guy, then took his form and calling himself “Dan Moroboshi” joined the Ultra Garrison, an organization dedicated to defending the planet from alien invaders as its sixth major member.

Cinema (Didact’s Reach): The latest episode of the Didactic Mind podcast is up, after a week off (rather regrettably) for various reasons. In this week’s episode I discuss the Riddle of Steel, an idea with its roots in the epic 1982 cinematic masterpiece Conan the Barbarian, and explore its relationship with powerlifting and iron sports in general.

Writing (Yakovmertin): In the latest instance of forces conspiring against right-wing creators, bestselling author Jon Del Arroz’s Kickstarter campaign for his Dynamite Thor comic has been shadowbanned on Kickstarter, and google. Searching for the campaign by its name, or by Jon’s name, on the site won’t bring it up. You need the direct link. It doesn’t appear in google searches either.

Robert E. Howard (John C. Wright): A Witch Shall Be Born was published 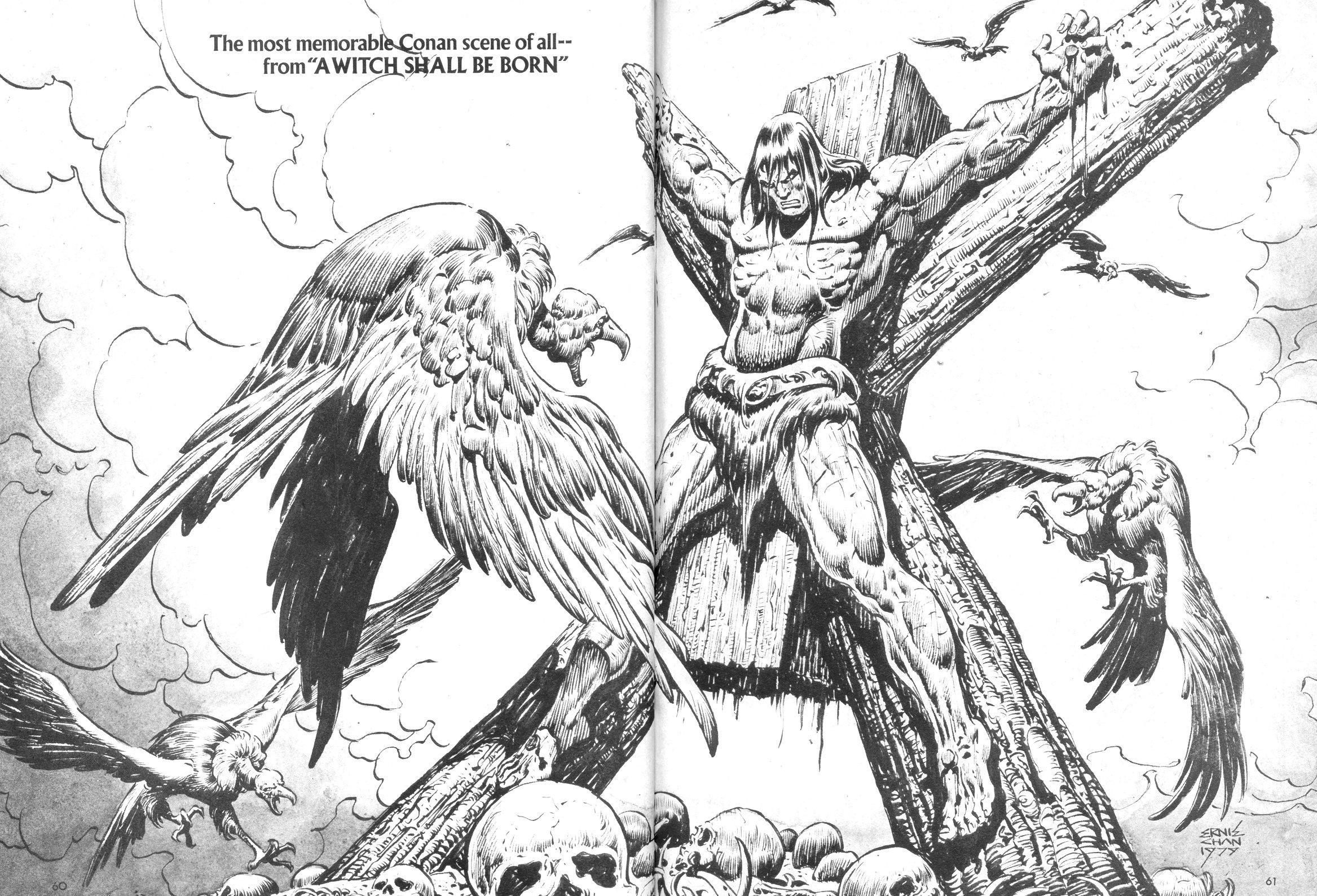 first published in Weird Tales magazine in December of 1934, coming one month after the final installment of People of the Black Circle. It is the thirteenth published story in the Conan canon. It is also, alas, one of the weaker and more forgettable Conan stories to spring from the masterful pen of Robert E. Howard, but, ironically, it contains one of the strongest and most memorable Conan scenes. 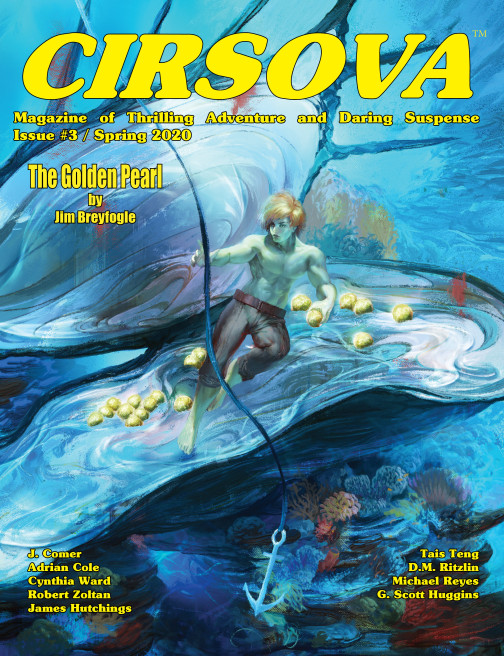 on Amazon!  This is an all-star issue you won’t want to miss! Slave Girls for Sacrifice, by D.M. Ritzlin: A powerful sorceress with a bestial lover requires a blood sacrifice to complete her vile rites… Will Avok’s brawn and bag of tricks be enough to stop the witch?!

to be one of the greatest adventure stories of all time. King Solomon’s Mines is a quest filled with danger and great bravery, particularly in the face of the unknown, and it showed me heroes other than my father and grandfather.

Fiction (Frontier Partisans): Bertram Mitford’s 1891 novel The Weird Of Deadly Hollow recounts a legend of one such blood curse. Mitford was a 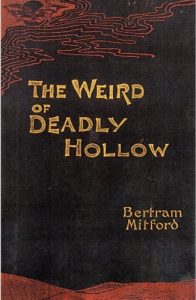 contemporary of H. Rider Haggard and worked a similar vein with adventure thrillers set in the frontier lands of southern Africa. The prolific author has lately been elevated from total obscurity to a level of mere relative obscurity, largely thanks to the critical works of Professor Gerald Monsman, who has written introductions for releases of Mitford’s stories and incorporated him into context in his book H. Rider Haggard on the Imperial Frontier: The Political and Literary Contexts of His African Romances.

Weird Fiction (Marzat): “The Stone Ship”, William Hope Hodgson, 1914. This, behind his “The Voice in the Night”, is probably Hodgson’s most famous weird nautical short story. Essentially, it’s a sea gothic with a haunted ship full of strange and monstrous beings. It begins a thousand miles off the west coast of Africa, in the tropics, on a clear, quite night in 1879. As is often the case in Hodgson’s weird tales, the oddity makes itself known first through sound.

Weird Fiction (Dark Worlds Quarterly): When a story is Lovecraftian but not Cthulhu Mythos, it can slip by your notice. “The Flabby Men” by Basil Copper is such a story. (From the collection, And Afterward the Dark) It is dark, brooding, ultimately depressing, and one that H. P. Lovecraft would have fully approved of. Now Basil has written actual Cthulhu Mythos stuff. “Shaft Number 247” comes to mind. His novel The Great White Space (1981) is more in the same vein as “The Flabby Men” with Lovecraftian elements but not a Derlethian pastiche.

Upcoming Release (DMR Books): n May we’ll release a collection by one of the greatest new authors in the pulp fantasy/sci fi scene: Schuyler

Hernstrom! The Eye of Sounnu will contain all of Sky’s stories that appeared in Cirsova Magazine over the past few years, along with a few that have never seen print before. Running the gamut from sword-and-sorcery to sci-fi, these heroic adventure stories will satisfy fans of Robert E. Howard and Jack Vance. At over 90,000 words, it’ll be one of our heftiest releases! The cover will be painted by Brian LeBlanc (the same artist who did Renegade Swords), so you won’t want to miss it.

with a look at a non-D&D roleplaying game produced by TSR in the early 90s, whose core conceit is pretty much given away in the title! Bughunters was one of numerous worlds designed for use with the Amazing Engine gaming system, released by TSR in 1993. The basic idea: from a single core set of rules, multiple RPG settings could be supported.

Upcoming Release (Howard A. Jones): The unofficial cover copy has been

turned over for book three now, and it looks almost certainly like it’s going to be titled When the Goddess Wakes. I’m sure before the end that cover copy will be tweaked a bit, but it’s a milestone on the road to completion. At this point the first act of the book is pretty solid and act two is getting there. I know what’s going to happen in act three, for the most part, although I’m still undecided about a few points, which means I’m still eager to see what happens to some of the characters.

RPG (R’lyeh Reviews): Agents of Delta Green—whether of the Program or 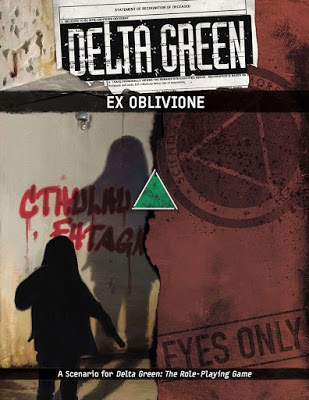 the Outlaws—get involved when ‘HOME DAGON HOME HOME YHANTHLEI SEA TO THE SEA.’ is found graffitied on the wall at a gruesome crime scene. A family of five in Mustang, Arizona, a remote town originally founded to support the long since shutdown nearby U.S. Navy base have been ritually butchered and whilst the local police force suggest that ‘Dagon’ might have occult links, given that it is mentioned in the Bible as the name of a god worshipped by the Philistines, its investigators have no clues as to the motives or perpetrators of this heinous act..

Science Fiction (Rich Horton): Robert Silverberg’s “Precedent” is set on a world of somewhat primitive aliens, who have been contacted by humans. Humans are the dominant force in this section of the galaxy, and indeed they have never encountered an alien race at a comparable level of development. Their policy is to engage the alien races as friends, trying to avoid “Cargo Cult” reactions. One arm of this policy is that humans on the planet are required to be subject to alien laws. Curiously, this has only been a problem once before, and the man who mistakenly violated a law was sentenced to trial by ordeal, which he survived.

Fiction (Paperback Warrior): By the time 1967 rolled around, Donald 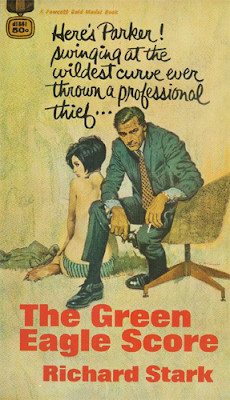 Westlake had really found his groove with the novels he wrote under the name Richard Stark starring a hard-nosed, emotionless thief named Parker. The commercial success of the series had far outpaced the popularity of the comedic crime novels Westlake authored under his own name, and the quality of the Parker stories showed no indication of deteriorating. That was also the year that Parker’s 10th paperback adventure, “The Green Eagle Score,” hit spinner racks.