Rings of Power (Samuel D. James): Well, after watching the first two episodes, I can report that Amazon’s Lord of the Rings prequel The Rings of Power is neither as good as its advertising claims, nor as bad as its critics insist. Like many—perhaps most—other pop culture artifacts of the streaming era, it is mostly a collection of juxtapositions: gorgeously staged, but tepidly written; epic in scope, but often predictable.

RPG Magazines (Grognardia): Issue #49 of White Dwarf, with its cover by 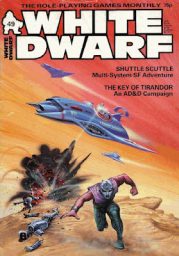 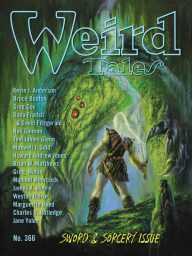 Fiction (Nick Diak): Vanguard literary magazine Weird Tales pioneered pulp, cosmic horror and sword and sorcery stories. Their upcoming issue, #366, is devoted to tales of heroic fantasy with new stories, poems, and essays contributing to the contemporary fantasy canon. A few contributors to this sword and sorcery special issue have graciously shared tidbits of their poems and stories along with relationship with the genre. 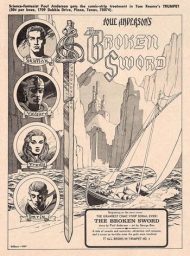 a little known adaptation of Poul Anderson’s classic Heroic Fantasy novel. Anderson wrote the book in 1954 to no applause. The novel is set in a mythological version of ancient Scandanavia. Anderson peoples his novel with elves, trolls and changelings. He was influenced by his ancestral myths, not by J. R. R. Tolkien’s The Lord of the Rings, which used many of the same icons. The Fellowship of the Ring appeared in 1954 but Tolkien fever would wait another twelve years for the paperback version to appear. 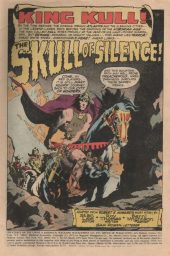 Robert E. Howard (Sprague de Camp Fan): “The Skull of Silence” was written sometime in 1928 and originally titled “The Screaming Skull of Silence.” It was submitted to Weird Tales and rejected. In 1966, Glenn Lord submitted the tale to Fantastic Stories. They rejected it as well. The story appeared with the new title in King Kull, Lancer Books, 1967 for the first time. \

New (Cirsova): Bane of Eagles is an alternate 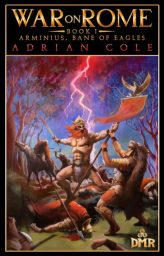 history novelization of the life of Arminius, the Germanic tribal leader who rose through the Roman ranks, betrayed Rome, and massacred three legions in the Teutoburg forest. There are some light touches of fantastical elements, and there are of course colorful embellishments, both romantic and savage, in the telling of the story.

Authors (DMR Books): Adrian Cole is a veteran of the fantasy/SF/horror scene. The first book in his most ambitious project to date, the War on Rome series, was just released. Read on to learn more of Arminius, Bane of Eagles, plus his other works, past, present, and future. Introduce yourself and tell us about your background as a writer. I’m 73 and a native of the county of Devon in South West England and live close to its northern coast in the small town of Bideford. I’ve been married to Judy since 1976 and we have two children.

Cinema (John C. Wright): In this life, we cannot outrun Father Time’s iron sickle. At best, we can speculate on how it would be to slip the chain of time, to visit the future, change the past, revoke irrevocable decisions, take the path not taken. As oddly often happens, two films dealing with the selfsame theme have appeared in the theaters at the same time, neither one copying the other. In this case, both are multiverse stories. One I have not seen and one I have. The first is DOCTOR STRANGE AND THE MULTIVERSE OF MADNESS starring Benedict Cumberbatch, and the second is EVERYTHING, EVERYWHERE, ALL AT ONCE starring Michelle Yeoh.

RPG (Cobalt Jade): I haven’t heard much about campaign settings based in 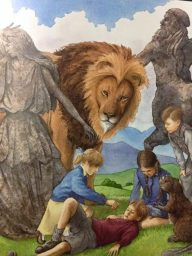 Narnia, as opposed to those set in Middle-Earth. Something about Narnia resists this, either the religosity,  or the set-in-stone nature of the plot. But if someone did, here is some magic that might be used there. Narnian Magic for an RPG

Games (S. E. Lindberg): This is one of a series of reports on GenCon 2022; other links coming soon from this Table of Contents, to be posted in random order: Rogues in the House Podcast. 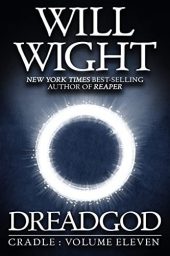 Review (With Both Hands): What happens when the universe’s greatest executioner gets sick of his job? Everything you see here. And what do you see here? One of the best adventures written in the early twenty-first century. I admit that is a pretty low bar, but I gladly stock Wight on my shelf next to the greats of the previous century. And I do mean stock, as I gladly share these books with my children, but I prefer that they consume books in physical form.

RPG (Grognardia): While some of these imitators weren’t very good, a few 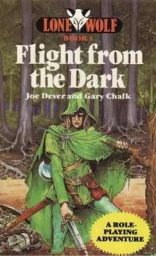 of them stand out in retrospect as having brought something genuinely original and imaginative to the table. Among these is the Lone Wolf series by Joe Dever and Gary Chalk. Like Steve Jackson’s Sorcery!, Lone Wolf was a series of connected gamebooks, in which the reader takes on the role of a single character whose adventures form a single narrative.

Edgar Rice Burroughs (DMR Books): Like so many of 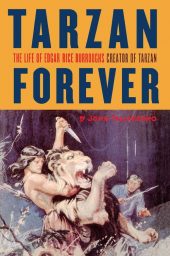 us I am a huge ERB fan. I was never much of a Tarzan fan, though that has changed as I have got older. However John Carter and Carson Napier were my heroes. There’s the famous Robert Heinlein long quote from his superb Glory Road, which starts, “What did I want? I wanted the hurtling moons of Barsoom…” That was what I wanted from my long-ago teenage years till now. I want the hurtling moons of Barsoom even now. Heinlein’s full quote is a paean to pulp fiction and pulp writers, and is worth looking up if you don’t know it.

Jack Vance’s Planet of Adventure series comprises four lean volumes: City of the Chasch, Servants of the Wankh, The Dirdir, and The Pnume – though it is most readily available these days as a complete omnibus edition (Spatterlight Press offers an ebook entitled Tschai). One of Vance’s most accessible works, it’s often cited by many recommendation lists (including our own) as a great place to start with Vance, or perhaps as the gateway to his science fiction after the reader gets hooked by what is undoubtedly Vance’s most widely known series, The Dying Earth.

What Kipling was doing in “With the Night Mail”… “had never been done before. There is no such subtlety in the contemporary proto-SF of H.G. Wells and Jules Verne. I think we may safely credit him with inventing the style of exposition that was to become modern SF’s most important device for managing and conveying information about imaginary futures”. — “Rudyard Kipling Invented SF!”, by Eric S. Raymond. 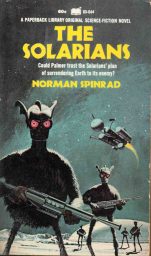 been at war with the Duglaari Empire, and for three hundred years we have been losing!  Our space empire, always smaller than that of the aliens, has dwindled from 258 systems to 220, and it looks like we are doomed to extinction.  But extinction is a long time coming, as this is not a war of bold strokes and brilliant maneuvers, but a war of attrition in which most strategic and tactical decisions are made by computers–a big reason why we are losing is that the Doogs have slightly better computers than we do.

Appendix N (Ken Lizzi): Sign of the Labrys began on, for me, a rather 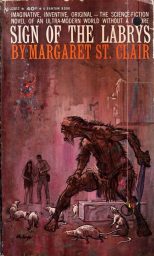 ambiguous note. We appear to be in post-apocalyptic territory. That can be good or bad. In this case the rather banal narrator inclined my opinion to the negative. (In fact, most of the characters in Sign of the Labrys come across as more or less cyphers with little development or depth.) But things began to pick up once our ‘hero’ began his descent into the multi-level survival shelter, and especially once he encountered the living carpet of white rats. Things began to move more rapidly and I let myself be carried along by the action and sheer, gonzo developments.

D&D (Monsters & Manuals): There is a great deal to be said for thinking of D&D PCs as, essentially, glorified tomb-robbers – adventuring to gather treasure and hence XP. Indeed, if the ‘OSR’ can be boiled down to any single principle it is probably this one: if you create a dungeon and/or hexmap and populate it with troves of treasure then the game thereafter more or less runs itself. The players have every incentive to explore and the DM basically just watches them go.

Cinema (Wasteland & Sky): I have recently been delving into the second 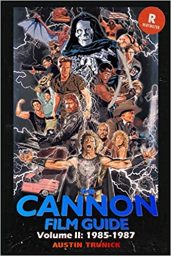 volume of the Cannon Film Guide (which is over 1000 pages!) and have found even more appreciation for the short-lived Cannon Films studio. If you have any interest in the history of 1980s filmmaking, action movies, or how one can make something for pure escapism, it is quite a good read. Just like the first volume, author Austin Trunick covers a period of Cannon history (the first one went over 1980-1984 and the second covers 1985-1987 while the third will presumably cover up to their end in the 1990s).

Review (Rough Edges): There’s an old saying about how all good things must come to 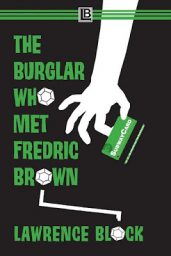 an end, but Lawrence Block seems to be doing his best to disprove that. Since announcing his “retirement” several years ago, he’s produced a number of excellent novels, novellas, and volumes of non-fiction. His most recent novel, THE BURGLAR WHO MET FREDRIC BROWN, will be out in October and just adds to that list, as it’s a top-notch job all around. 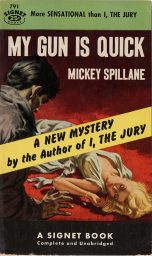 Hammer novel by Mickey Spillane was first published in 1950, nearly three years after the first, “I, the Jury“. The story begins late at night with Hammer dead tired and deciding to stop in at a diner where he meets a red-headed prostitute. She is hassled by a man she seems to know and fear, but Hammer comes to her rescue as Hammer often does, using his fists swiftly and effectively. 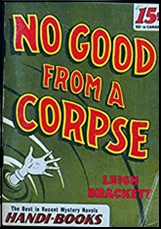 Los Angeles private detective Ed Clive is in love with Laurel: a nightclub singer, cute, sprightly, and equally in love with him. But Laurel can’t be true.

History (With Both Hands): 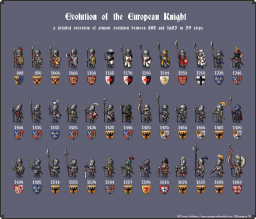