Games (Walker’s Retreat): Around the end of 2013, a key figure in WoW development (who also happened to be the brainchild behind the forums) left Blizzard. Slowly, but surely, everything began to change. Developer tones became more condescending. The obvious effort put in by players went ignored.

Fiction (DMR Books): Shadow of the Wolf is a book that I first read back in

2013. Since I wanted to review it now in 2020, I decided to re-read it and refresh my memory. It was even better than I remembered it to be. When I first heard about these books, I tracked them down and once I had all three on my shelf, I immediately devoured them at a rapid rate. This time I read book one at a much more leisurely rate, and rightfully so.

Fiction (Parallel Universe): One of the finest books we have ever published 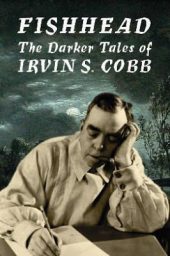 (in hardcover and paperback, as well as an ebook) is Fishhead: The Darker Tales of Irvin S. Cobb. During his lifetime Irvin S. Cobb was one of the most celebrated writers in American literature, though nowadays he is almost forgotten, apart perhaps from his Lovecraft connection. But, though he was best known as a humourist, he did have a darker side, exemplified by the tales collected in this volume. Two of the most famous succeeded in catching the attention of H. P. Lovecraft. It is claimed that Fishhead influenced Lovecraft’s The Shadow Over Innsmouth.

Art (Legends of Men): One of the great things I’ve been able to do over the

last three years is to showcase awesome visual art that men under 30 might not have ever seen. I did this first by showcasing the six best Conan artists (and I should probably do a sequel to that article). I’ve also showcased Frank Frazetta, America’s most beloved visual artist, a couple of times. Here, I’d like to showcase the artwork of Jeff Jones.

D&D (Grognardia): I won’t link to all the posts from the period between 2008 and 2010 in which I catalogued everything I disliked about the thief 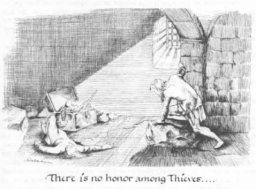 class, because there are too many of them, but you can find them easily enough using the search box or the tag “thief.” In large part, my skepticism was part of my attempt to understand the three little brown books of OD&D on their own terms rather than through the lens of later accretions to it. Since I had never known D&D prior to the introduction of the class, I felt it was important to see what the game would be like without them. 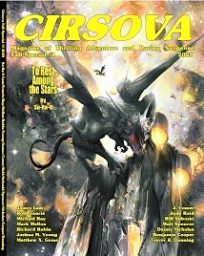 Set in a fantastic version of the ancient world, “Melkart the Castaway” by Mark Mellon begins with the title character shipwrecked on an island ruled by a wicked sorcerer. The protagonist must battle Spartan warriors, a Minotaur, and a bronze automaton in order to defeat the tyrant and free his slaves.

selected artists across its publishing line, with the company describing the chosen eight as “the next generation of elite artists in the industry.” […]  In a statement accompanying the announcement of the program, Marvel editor-in-chief C.B. Cebulski said, “This year’s Stormbreakers embody pure talent and creativity that, time and time again, have shown us all there are no limits to what visual storytelling can do. We are continuously blown away by their innovative styles and by the power in how they capture the heart, humor, and humanity of our characters.”

Authors (Locus Mag): N.K. Jemisin is one of 21 MacArthur Foundation Fellows selected for 2020. Each “genius grant” recipient receives a no-strings-attached “stipend of $625,000… paid out in equal quarterly installments over five years.” Jemisin is broadening the spectrum of participants in speculative fiction’s creation and surrounding fandom through her published works as well as her world-building workshops, frequent interviews, and active presence on social media. 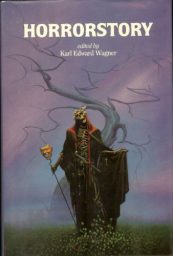 by Richard Davis, Gerald W. Page and Karl Edward Wagner, from DAW Books, Sphere Books and Orbit Books, 1971-1994. Since I rather laboriously straightened out the sequencing of the Richard Davis volumes as they were reshuffled and reprinted in the US for Wikipedia (and amended the introductory paragraph), I thought I might as well reprint that entry here (now with the bare-bones indices used in Wiki replaced by those from the Contento/Locus indexes), to have a snapshot of it (it might’ve been fiddled with since I did so some months ago, haven’t checked closely, but another reason to archive it here). 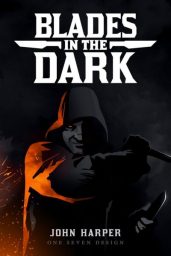 Lemuria some five years back, and been thinking about how to combine elements of it with aspects of Apocalypse World basically since I first learned about that game two years ago. Both are pretty rules light, and while they are both presented with quite distinctive settings, the mechanics have always struck me as having great potential for a very wide range of campaigns.

Writing (Amatopia):  This is a great question, one where the sarcasm versus banter distinction might be impossible to accurately describe. It seems like something you just know when you see or hear it. I’ll attempt anyway. Sarcasm/snark is:   Constant and in every situation.

Review (With Both Hands): Since I realized that I never reviewed what is 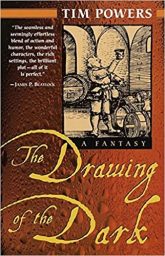 probably my favorite Tim Powers novel, The Drawing of the Dark [Amazon link], I decided to rectify my appalling lack. A secret history, written in what has come to be Powers’ defining style, The Drawing of the Dark is a fusion of European myth with the events of the 1529 Siege of Vienna by Suleiman the Magnificent. In accord with my editorial policy, I am going to discuss what makes the book interesting, which may or may not accord with modern notions of “no spoilers”. Since this book is older than I am, I don’t care. 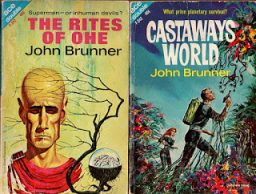 another Ace Double review! John Brunner in his early super-prolific period (up through about 1965) was reliably entertaining and always thoughtful, if often also a touch, er, hurried. Another Ace Double pairing two John Brunner stories. Castaways’ World is about 45,000 words, and The Rites of Ohe about 46,000 words. Amusingly, Ace had all kinds of trouble with the title of Castaways’ World: the front cover has it Castaways World, no apostrophe, and the spine has Castaways’ Worlds, an extra plural. I shouldn’t carp, though: in an earlier review of Brunner’s Zarathustra books (of which Castaways’ World was the second), I got it wrong too: Castaway’s World. The covers are by the two Eds: Valigursky and Emshwiller.

H. P. Lovecraft (Tentaclii): Hippocampus has announced and has a page for the new and greatly-expanded edition of H.P. Lovecraft: Letters To Rheinhart Kleiner and Others. The “and Others” section includes, among others, “a small batch of letters and postcards to Arthur Leeds”. Although these still fill 100 pages. In all, there are over 200 pages of additional annotated letters to correspondents other than Kleiner. I suspect most have been published before, but they won’t have been annotated before. Shipping in October, apparently.

Firearms (Frontier Partisans): I’m a revolver man. The revolver is a classic

weapon of the frontier. The Texas Rangers under Jack Hays adopted Sam Colt’s invention early, appropriating a consignment that had been purchased by the fledgling Texas Navy, but never issued. The five-shot revolver changed the tactical dynamics in the Rangers’ running fights with the Comanche.

Cinema (Mystery File): Neither a Dracula film nor part of the Karnstein 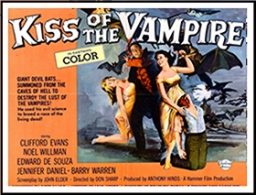 Trilogy (The Vampire Lovers, Lust for a Vampire, Twins of Evil), The Kiss of the Vampire is a lesser- known, but thoroughly enjoyable, stand-alone vampire movie from Hammer Films. Combining the standard tropes of vampire films with atmospheric dread, the movie neither aims for cheap thrills, nor does it condescend to its audience. Much of the on-screen horror in the film is psychological rather than physical. The battles fought here are as much internal as they are external.

Robert E. Howard (Howard History): During my tenure managing the REH Foundation’s website, roughly mid-2008 to mid-2015 (I think), I posted most of the Foundation’s news items, from book announcements to Foundation Awards. Those items have no value that I can think of, except, perhaps, for bibliophiles who are interested in when certain items were announced. For those people, if any exist, a simple list of my posts will provide the relevant information. That list is HERE.

Tolkien (Alas Not Me): Recently I suggested that ‘Saruman’ is Tolkien’s rendering into Old English of the Ancient Greek σοφιστής. Last night I discovered another interesting piece of evidence to support that suggestion. While looking at the entry for σοφιστής in the Liddell-Scott-Jones Greek-English Lexicon, I found the following quotation from Demosthenes used to illustrate the pejorative sense of the word (II.2):     ‘γόητα καὶ σοφιστὴν ὀναμάζων’ (Dem. 18.276). We may easily render this straightforward phrase ‘naming [me] a cheat and a sophist’, but that would obscure a very interesting connection for us. The word γόητα, here translated ‘cheat’, is the accusative singular of γόης, the first meaning of which is ‘sorcerer, wizard’.

Fiction (DMR Books): As readers of the DMR Blog should know, 2020 is the 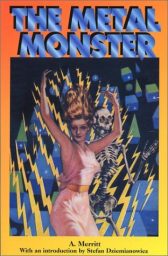 centennial year of the first publication of A. Merritt’s The Metal Monster. Back when I was first getting into reading all of Merritt’s works–ie, everything beyond The Ship of Ishtar–The Metal Monster was one of the first of his novels I picked up, since Hippocampus Books had published it as part of their “Lovecraft’s Library” series. Hippocampus ‘ edition published the version Lovecraft read, which was TMM’s original appearance in Argosy All-Story in 1920. HPL had come to it late, thanks to an associate warning him off of it back in the day, but the Old Gent had loved it when he finally did read it–Clark Ashton Smith was a fan of it as well.

H. P. Lovecraft (Tentaclii): Lovecraft was once recruited by Henneberger as the new editor of The Magazine of Fun, of all things. It appears to be about the closest he came to employment in the period, unless one counts a short stint of envelope-addressing, some small bits of copywriting, and a day as a New York City debt-collector.

RPG (Tenkar’s Tavern): A couple of days ago I had the dubious pleasure of watching one of Erik’s initial YouTube livestreams and he was mentioning this whole Trademark issue with TSR and the Dungeon Hobby Shop. Since then I’ve seen some finger-pointing, name calling (well, kind of), and even a little bit of dick measuring. Now 1st and foremost….. I am NOT a lawyer.

D&D (Grognardia): In preparation for another post, I was looking through 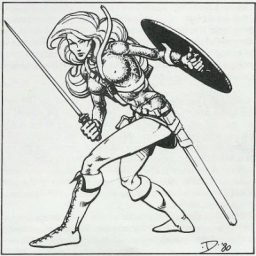 the 1981 D&D Basic Rules and, as is inevitable, lingered a moment on Jeff Dee’s memorable illustration of Morgan Ironwolf. They say familiarity breeds contempt, but, in this case, I think it breeds inattentiveness. Like most gamers of a certain age, I’ve seen this piece of artwork too many times to count. To employ an over-used word, it’s one of the iconic pieces of Dungeons & Dragons art, right up there with Trampier’s Players Handbook cover.