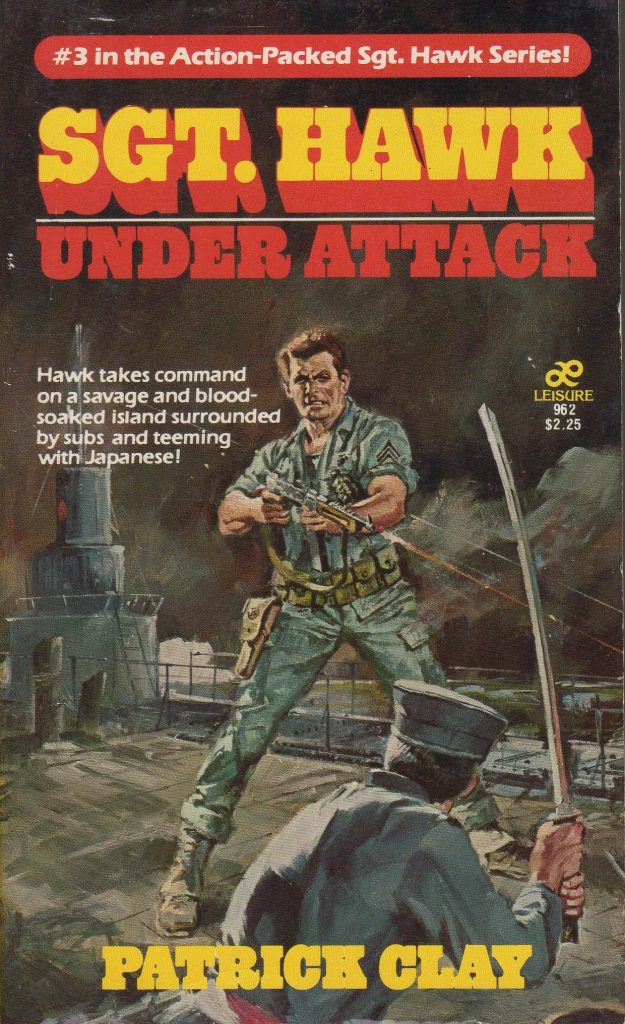 The opening chapter is a bitter fight on an island against well entrenched Japanese troops on a mountainside. Hawk uses a flame thrower in cleaning out one machine gun emplacement.

Chapter 2 has Hawk’s battalion in landing craft on their way for a short break in New Guinea. Things get bad when the LST carrying almost all the officers is sunk by a Japanese sub. The depleted battalion lands in the port of New Oss in a fictional area of New Guinea called Malang. A review of the situation has only two surviving offices, a captain is who is an attorney who deals with men who went AWOL and a major who is the battalion chaplain. There is a Sergeant Major who outranks Hawk but incompetent and useless.

Things are never easy for Sgt. Hawk. The Japanese are out there in the jungle, replacement officers for the battalion are weeks away, and the governor, Sir Richard St. Cyr schemes of founding the nation of Malang.

Hawk takes a liking to St. Cyr’s young son who is abducted by the Japanese. There is also a Japanese midget sub base somewhere on the coast that is sinking Allied shipping. Hawk leads a patrol to a German plantation owner who hates St. Cyr looking for his son. There are also two different hostile tribes of Papuan tribesmen to deal with.

Hawk finds the Jap sub-base in a hollow mountain along the coast. The setting is almost like something out of Ian Fleming. There are traitors dealing with the Japanese and infighting back at New Oss. Hawk leads a group to blow up the midget sub base, rescue St. Cyr’s son, and deal with a determined Japanese attack on New Oss.

The final battle is apocalyptic with a very high body count. I am catching on to the plots in the Sgt. Hawk books in that Hawk not only has to deal with the Japanese but another plot element thrown in to really complicate his life.

Kudos to Rough Edges Press for bringing this series back into print. 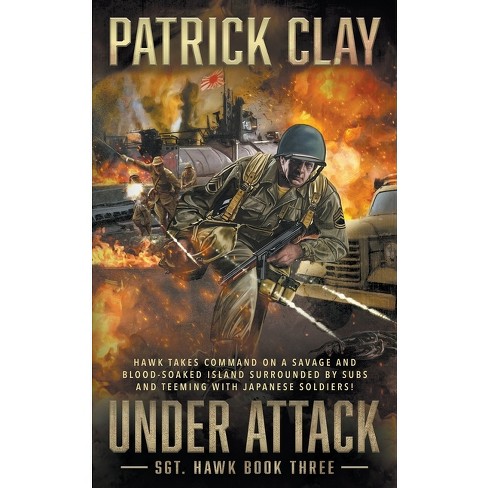