Cold War, by Kris Neville, appeared in the October 1949 issue of Astounding. It can be read at Archive.org here. 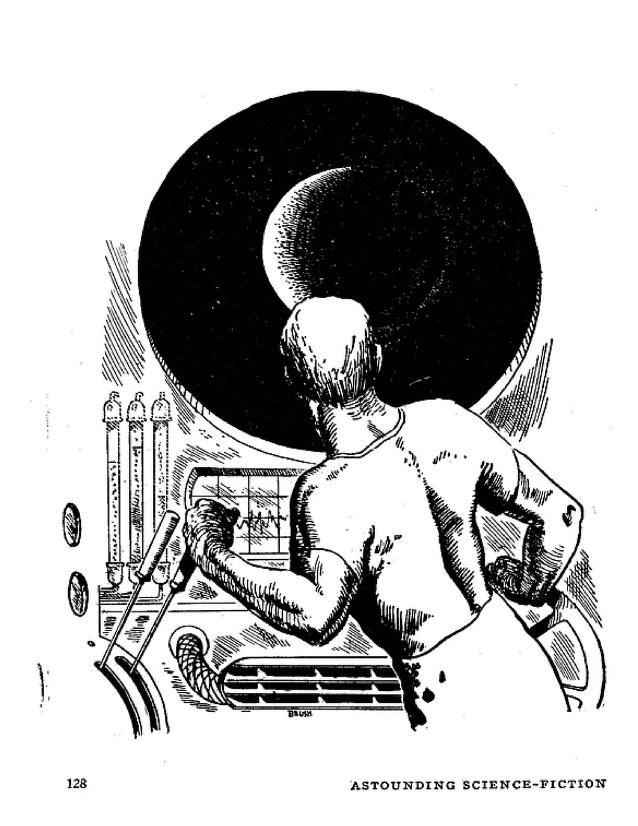 Depicted: the subject of one of the conversations.

A President has a conversation! A hard-nosed journalist is briefly introduced and just as quickly dispatched! The dark secret the conversation was about and the journalist was killed for is revealed in another conversation!

Cold War attempts to crack the same nut as Doctor Strangelove—what happens when a crazy is in charge of the button?

Unfortunately, there’s really not much to this thinky story. The idea of people suffering space madness with their finger on the nuclear trigger is not a bad one, and in the hands of a more capable writer (a Stanislaw Lem?) it could’ve made for a decent short story. Even as it was written, the Presidential conversation in the first pages would make an intriguing slice of a longer work. But there’s just not enough substance to call Cold War a story.

The US has 9 space stations from which it can rain down ultimate destruction on any nation that threatens to upset the applecart. The US used it once against the Rooskies when they tried to launch their own satellite; the pre-emptive strike was met with overwhelming condemnation by the international community.

This has created political climate in which the US has to either make the unpalatable decision to make a nuclear strike from space or let whatever transgressions some nation is making slide—everything is a purely binary question of “do we nuke this country?” And countries have been calling the US’s bluff, knowing that they can get away with anything short of an actual attack, because nothing else will trigger a retributive response.

The secret the journalist is killed over? The guys up on the space stations are all returning criminally insane. The pressure of being up there with the power to decide whether or not to rain down death from the heavens has driven them mad. And God help us, there are more men still up there!

That’s it. That’s the whole thing.

An entire page is spent on what a great and honest reporter Kregg is before he’s killed. He exists solely to die so you’ll know just how awful the secret the government is keeping actually is. But he’s such a cut-out that his death lacks any impact; “He could put 2 and 2 and 2 and 2 together every time and come up with the correct total.” Great.

We’re treated, however, to this exceptional thinkery: “There still remain those men upon whom the Space Stations act as a drug. Like marijuana. They seem to tower above mortality! And all that responsibility, all that tension—so many lives at their fingertips. And the suspense—what, with the way the newspapers are playing up the international situation—sitting there, waiting, waiting, waiting. Listening for that deadly signal. Waiting to punch the controls that will destroy one hundred million people. One-hundred-million! And the tension mounting as they swirl over enemy territory… the flood of relief over their own—”

At least he doesn’t spell it “marihuana”.

You can read a story about a US President having a conversation… But wouldn’t you prefer a story where a US President flies a space ship, fights space dinosaurs, and rescues people from an evil space pirate queen? If so, be sure to get your pre-order in for Michael Tierney’s Wild Stars III: Time Warmageddon! 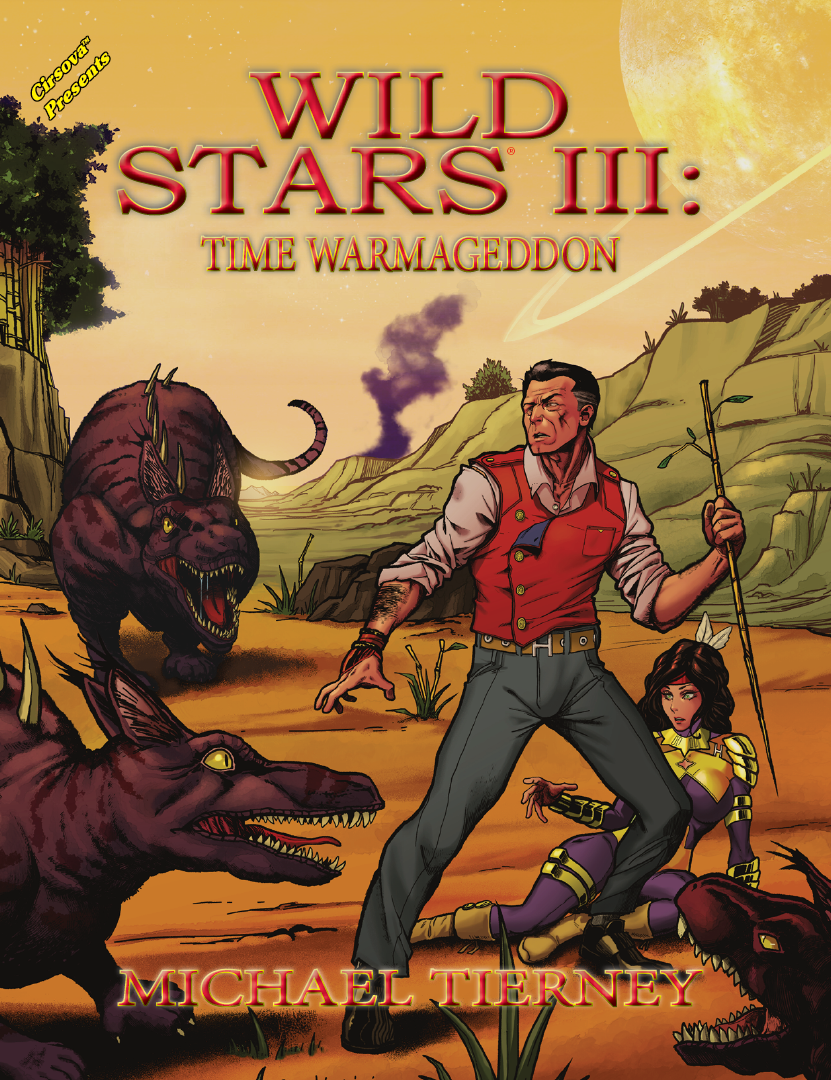