Short Reviews – I Like You, Too, by Joe Gibson

“I Like You, Too” by Joe Gibson appeared in the October 1948 issue of Thrilling Wonder Stories.

After a couple of duds which followed Brackett’s masterpiece, this issue of Thrilling rights itself with the fun and somewhat bizarre “I Like You, Too” by Joe Gibson.

Given the recent arguments here over Hard SF and Pulp, this story should add some fuel to the fire, some grist to mill, or at least a data point for reference. Over the course of its scant pages, I Like You, Too goes from rock-hard SF to full-on weird.

An expedition to Mars has nearly reached the Red Planet when something goes dreadfully wrong. A meteor is heading toward the ship, and any course that will avoid it will throw off the ship’s atmospheric entry trajectory, killing them all! They’re faced with a choice of bouncing off into the outer solar system or trying to survive a hot reentry and crash landing.

“Our nucleonic field simply cannot take a ‘head-on’ with that meteor without drastically, fatally, shoving the ship off course! We’re plunging into Mars—we’ll have to! Jennings has a reckoning on our trajectory, now. We’ll skim Mars! Smack through the atmosphere and on out into space! Looks like our only chance—velocity ten times too high for landing, and Jennings believes our nucleonic field can take that atmospheric pressure while it can’t take the meteor! But it’s going to be close and it’s going to be hot outside! Jennings says to hang onto your hats!”

The crew gets rattled and shook up in hot re-entry, and we get a lot of scientific jargon thrown at us, from the kids’ stuff, like shifts in G forces as the ship accelerates and decelerates, to the explanation of the ship’s Nucleonic field created by its Pu-239 reactor. And I’ve gotta hand it to “I Like You, Too”, as far as the concept of a ship’s “shields”, it’s not the worst explanation: the ship’s reactor exhaust creates a super-hot radioactive field around the ship that destroys small space particulate matter that could damage the ship while it’s travelling through space at incredibly high speeds, and what it doesn’t destroy outright, it can generally push away. It’s just that something the size a meteor isn’t gonna get broken up enough or pushed away enough for the field to keep the ship from getting hit.

Anyway, the astrogator, Charles Donovan, is prepping for the crash, since they’ll likely be hitting Mars dead on in a matter of moments, and tosses the sexy brilliant scientist lady, Audry Gilgannen, into the water tanks (they have oxygen masks on, guys, it’s cool). The two end up being the only survivors of the crew, marooned on the Red Planet.

Here’s a good place to make an aside—Audry, who we’re specifically told has several Ph.Ds behind her name, was not the only woman on the ship. It’s noted off-hand that one of the instruments operators is named Carol and she and the other guy on radar sometimes squabble like an old married couple. In the 1940s pulps, it was taken for granted that there would be multiple women on spaceships in positions of responsibility; enough of them, at least, that women could die in a crash landing and there’d still be one who survived to be a main character.

So, Chuck and Audry find themselves stranded on a Mars with breathable air and almost immediately discover the remnants of an ancient highway that’s littered with the remains of strange vehicles with no signs of control instruments. Weirder still is the cute little robot that shows up to give them some smokes. The pair of survivors follow the highway to the abandoned ruins of a great Martian metropolis now populated only by the machines that great race left behind that seem to run only on thought!

We get our title drop when Chuck scrawls some graffiti at the base of a Martian monolith:

Mars is Red,
The Earth is Blue
Sugar is Sweet
And…

The humans return to find that something has completed the poem “I Like You, Too”. They take it as a sign that whatever intelligence is left here on Mars is friendly, so the couple decides to make the most of it. 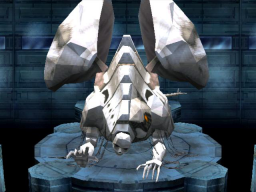 And indeed, the sentient super machine that still powers all the thought controlled technology has been hella lonely since all of the Martians disappeared, and is more than happy to have some company for a change.

The couple fall in love, and soon enough, a baby will be on the way, but the pair have been living off rations for the rest of the crew, since they don’t have any other real way to get enough food to eat on the desert world. The up-side is that a follow-up mission IS on the way and may actually find them if it knows where to look.

The happy earth couple realizes that they can set off an atomic charge using the remnants of PU-239 from their own crash-site. The flash will alert the incoming ship to their location, and because of the reduced humidity of the Martian atmosphere, there won’t be the giant mushroom cloud or as much fallout (or something). The Martian super-intelligence (whose physical being is a giant winged monster hanging out just under the surface) loses its mind over this – the Martians had created a powerful and advanced civilization, living with intelligent machines powered by thought alone, but those ancient gods of the past had feared the might of the atom. And here stood men with no fear!

The story ends on this tableau: 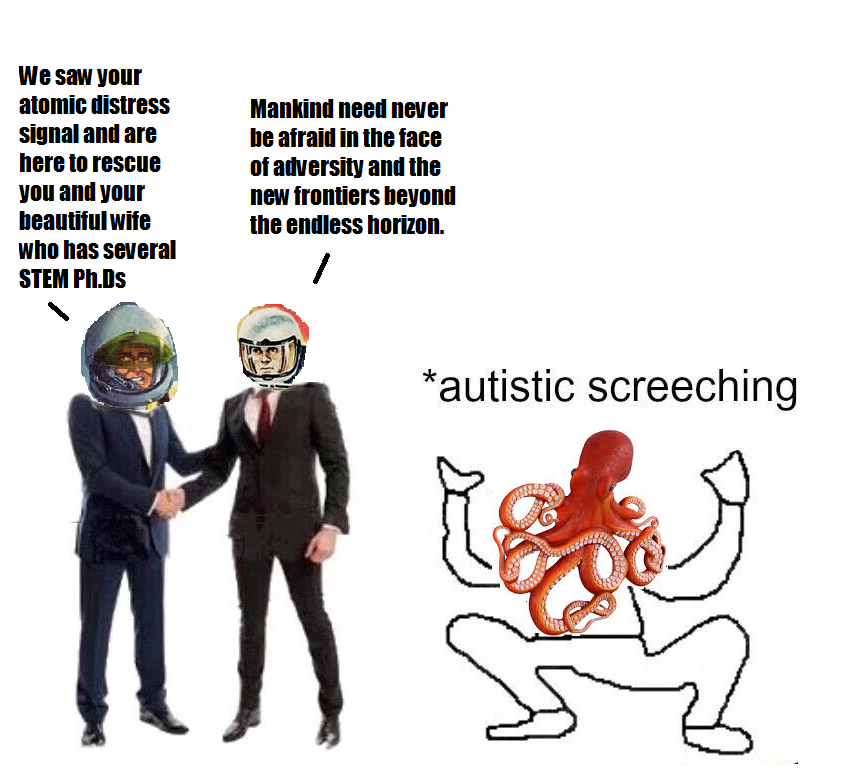