Reversion by M.C. Pease appeared in the December 1949 issue of Astounding Science Fiction. It can be read here at Archive.org 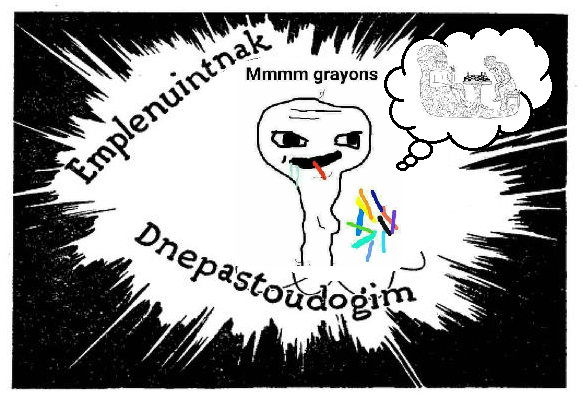 We’re back to Bad Astounding with this one. One step removed from the Dialogues, in which multiple eggheads discuss their thinks, is the Monologue, in which one egghead goes on at length on a subject. Don’t get me wrong, eggheads going on at length is great, but it’s not what I read fiction for.

A guy has been injured in an atomic accident. He’s in a semi-catatonic state, occasionally spouting non-sense. A symposium of eggheads is convened to study and discuss the man’s condition. The whole story is a doctor of linguistics giving his presentation on his finding to his fellow eggheads.

Several pages are spent emphasizing just how strange and weird the circumstances of the guy’s malady are and how lots of tests were run and they were all inconclusive. After this lengthy build-up, the egghead finally begins to describe the symptoms. He concludes that the nuclear accident has caused this man to live his life backwards—his brain perceives temporal flow in reverse and therefore cannot engage in any non-autonomic bodily functions other than speaking backwards in short phrases.

In other news, Cirsova #9 is out for sale now in multiple formats! Checkitout!