The Finan-Seer by E. L. Locke appeared in the October 1949 issue of Astounding. It is his only short story (Locke was primarily an essayist for the magazine), the story is something of a follow-up of his essay on cybernetics in the previous issue. 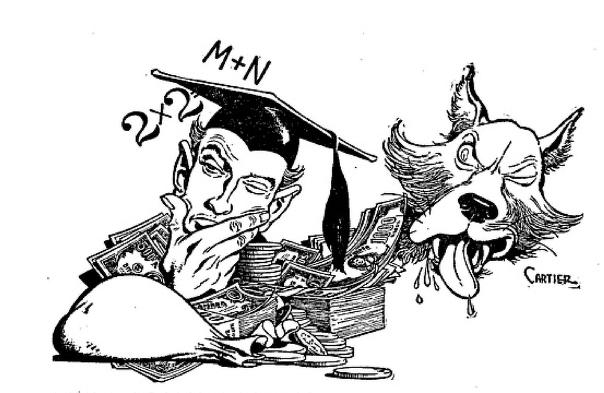 This is why we need Alt-Furry

This may have been the Astounding story that has defeated me. With the next issue, I’ll have reviewed a consecutive run of three, after which point I’ll be taking a break and reading something good instead.

The wolf is a metaphorical “wolf” of Wall Street. There are no mathmagicians or slavering wolf-men. The Finan-Seer is a story about a university that has screwed up its endowment and may go broke; a bunch of egg-head professors try to come up with mathematical models to game the market and get their investments back up.

It does presage the recent financial crises, in which computer models for investment management failed to properly calculate market changes—a situation in which massive sell-offs could be triggered—and the fact that once multiple computer models for investments were in place, certain advantages would be lost, and the mere existence of such a thing could cause unpredictable results from interfering with its own basis model… But god, I’m tired of reading stories about egg-heads talking and coming up with solutions via egg-headery.

You could read this story about professors sitting around and talking, or you could pre-order this story with space pirates, giant spiders, and alien dinosaurs.

Giant spiders after the break! 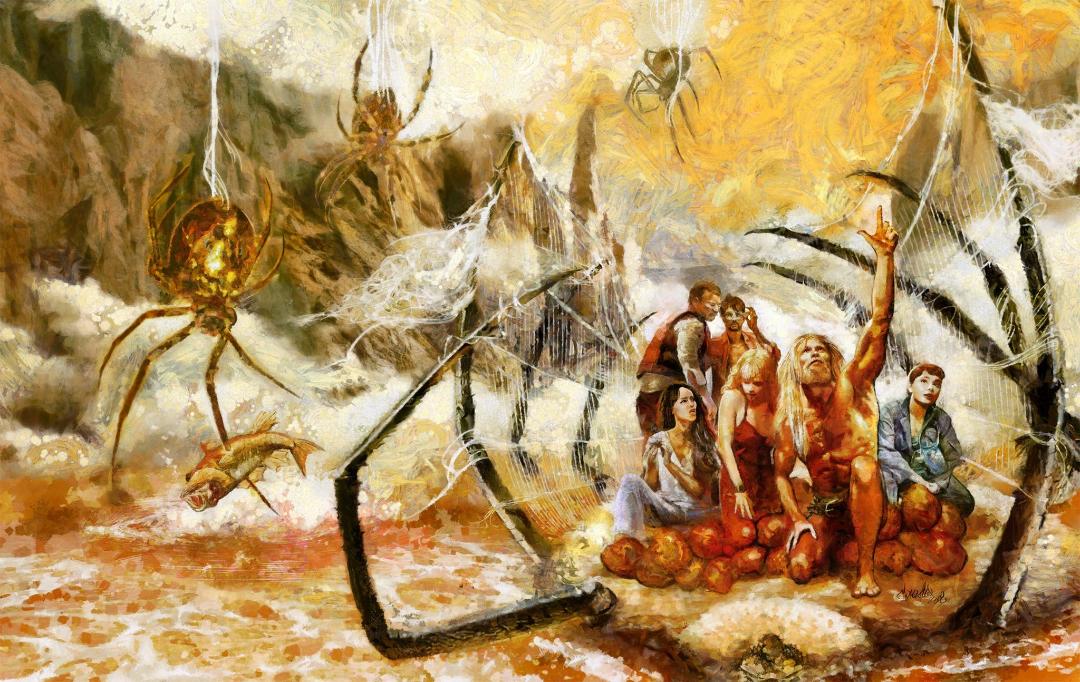