Short Reviews – The Wheel Is Death by Roger Dee 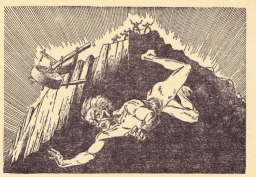 The Wheel Is Death by Roger Dee appeared in the Fall 1949 issue of Planet Stories.

This is the only thing I’ve read in Planet Stories that I would say was terrible.  The Wheel Is Death is an incredibly short story (barely over two pages) that spends the bulk of its words pontificating on the evils of technology that destroyed man in the previous age.

The elder explains to a guy why his friend had to be killed—he invented the wheelbarrow. 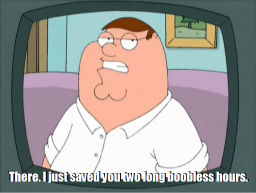 After I finish with this issue, I’ll probably take a brief break from Planet Stories, so I don’t get jaded.  I’ll probably pick up with an Astounding from the 30s (pre-digest size!) or one of the issues of Thrilling Wonder Stories I’ve got.

Don’t forget, if you haven’t already backed Cirsova Issue #2, you still have a few days to do so!