Short Reviews – The Witches of Karres, by James H. Schmitz

The Witches of Karres, by James H. Schmitz, appeared in the December 1949 issue of Astounding Science Fiction. An expanded novel-length version was a Hugo Finalist in 1967. The Novelette version can be read here at Archive.org.

What did John Campbell mean by this?

“This is true science fiction about three real witches who cast curses and perform magic.”

So, depending on how you look at it [and given science fiction fandom’s landscape, it’s a menacing prospect], The Witches of Karres is either like one of those 60s/early 70s Disney family movies, or it’s a loli harem comedy.

Maybe this would be less creepy if Pausert wasn’t drawn with that ‘stache.

Captain Pausert, a merchant spacer, finds himself discomfited on a world where he’s just unloaded his cargo by the sights and sounds of a man menacing a young slave girl. This turns into a scuffle, and both men end up in the hands of the planet’s justice system.

“Bruth the Baker was charged with having struck a citizen of a foreign government on the head with a potentially lethal instrument—produced in evidence. Said citizen had admittedly attempted to interfere as Bruth was attempting to punish his slave Maleen—also produced in evidence—whom he suspected of having added something to a batch of cakes she was working on that afternoon, resulting in illness and complaints from fifty-two of Bruth’s customers.

Some provocation could be conceded for the action taken by Bruth, but not enough. Bruth paled.

Captain Pausert, of the Republic of Nikkeldepain—everybody but the prisoners smiled this time—was charged (a) with said attempted interference, (b) with said insult, (c) with having frequently and severely struck Bruth the Baker in the course of the subsequent dispute.

The blow on the head was conceded to have provided a provocation for charge (c)—but not enough.

Nobody seemed to be charging the slave Maleen with anything. The judge only looked at her curiously, and shook his head.

“As the Court considers this regrettable incident,” he remarked, “it looks like two years for you, Bruth; and about three for you, captain. Too bad!”

The captain had an awful sinking feeling. He had seen something and heard a lot of Imperial court methods in the fringe systems. He could probably get out of this three-year rap; but it would be expensive.

He realized that the judge was studying him reflectively.

“The Court wishes to acknowledge,” the judge continued, “that the captain’s chargeable actions were due largely to a natural feeling of human sympathy for the predicament of the slave Maleen. The Court, therefore, would suggest a settlement as follows—subsequent to which all charges could be dropped:

“That Bruth the Baker resell Maleen of Karres—with whose service he appears to be dissatisfied—for a reasonable sum to Captain Pausert of the Republic of Nikkeldepain.”

Bruth sells Maleen for song and boat-load of court fees, collected by the judge, and Pausert is now stuck with a 14-year old slave girl, the purchase of whom being a serious criminal offense on his own world. Pausert intends to take the girl back to whatever world she came from, but Maleen insists that he has to free her little sisters first.

The youngest sister, the Leewit, has the power to cause intense vibrations and shatter objects—naturally, she’s owned by a potter who’s happy to be rid of her. The middle sister, Goth, has the power of minor object teleportation and endlessly vexes her master, a jeweler. Together, the three girls are also able to engage a magic space-drive.

Pausert liberates the girls, they have a series of awkward magic-related incidents [mostly Goth stealing things] as he tries to get them back to Karres. The Leewit is the rambunctious tyke, Goth is the tsundere, and Maleen is the big sis who crushes on Pausert while trying to keep her sisters in line.

Pausert returns the girls, spends some reflective time on Karres, and gets loaded up with nice, but worthless for legal and custom reasons, trade goods that will still leave him deep in the hole as a reward. A tearful Maleen tells Pausert she’ll be of marriageable age soon… He gets back to his homeworld, to find that he’s considered a criminal for all of his adventures [slave-buying, all of Goth’s thefts, carrying contraband, concealing new space drive technology, contact with a forbidden world, etc.] and, to make matters worse, his fiancé has married someone else while he was gone and they’re both part of the party waiting to arrest him.

Well, Goth had stowed away on the ship and uses her powers to help him escape. The fix was in all along. Maleen actually had a boyfriend, but Goth [who is like 9] is gonna be Pausert’s waifu while they find where Karres had been moved [the witches use their magic drive to move the entire planet to escape persecution]. Presumably, they go on to have further space adventures until Goth is of marriageable age as was planned by the wise folk of Karres.

You could go a lot of different directions on this. It would be nice to have a fairly pure reading of the story, and it is a fun story—but I gotta say… 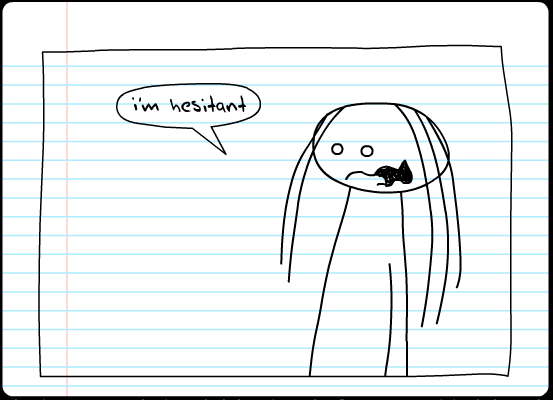 It’s good. But did this get its Hugo Nom because it’s good or because it has lolis?

The novelette is just short enough that it doesn’t manage to wear out its welcome. I haven’t read the novel, but I honestly don’t know that I’d be able to muster enthusiasm for either a book-length expansion of the story here or subsequent acts of the adventures of Pausert and his tsundere magical little girl as they go looking for where Karres ended up.