United We Stand, by Mack Reynolds, appeared in the May 1950 issue of Amazing Stories. It can be read here at archive.org.

United We Stand is an experimental story told almost entirely in the form of short news-clippings, excerpts of speeches, and broadcast transcripts. Think Dracula, only each excerpt is a paragraph or two instead of a chapter.

It’s a cold war story, where the Eastern Confederation (USSR) and Western Alliance (NATO) are on the brink of conflict. Lt. Philip Albright is on the first manned mission to Mars, though the EC is convinced that the launch is cover for the WA establishing strike bases and test-firing missiles to rain down from the moon.

The tensions escalate over the course of the next several days, while Albright makes back a few short transmissions about possible intelligent life on Mars. As the crisis appears to be coming to a head, a report comes back from Albright that he’d been captured by Martians, who’d disassembled his ship and were preparing for a pre-emptive war against earth. 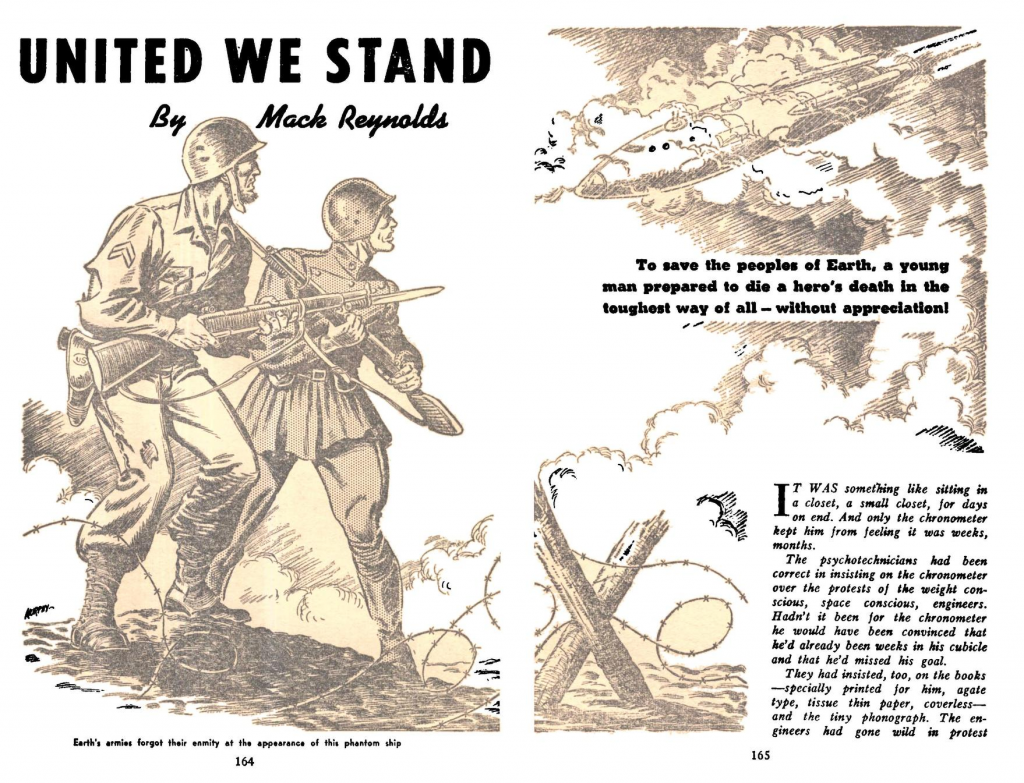 This external alien threat proves sufficient to unite the earth governments against the common enemy. It’s revealed in the final passages that Albright has made up the story of aliens on Mars and prepared to sacrifice himself to buy earth a few years of peace before they find out that he made the whole thing up.

While the story is not a particularly original premise and one we’ve seen retread by science fiction over the decades throughout and beyond the Cold War, its strength here is in the telling and the details. Little things like the difficulties of smoking as an astronaut and the specially engineered books and phonograph prepared for Albright so he won’t go crazy on his trip help breathe life into the story.

It doesn’t overstay its welcome, and at about 2300 words, gets the job done in a neat little package. Though not quite as humorous as a Stanislaw Lem short, it’s a bit reminiscent of the Ijon Tichy stories.

Don’t forget! Next Friday, the spring issue of Cirsova will be out! Pre-order from Amazon, or if you’d like to hold out for a hardcover, sign up for our mailing list to receive a discount code when the link goes live!