#SpaceOperaWeek: We Are All Groot by Misha Burnett 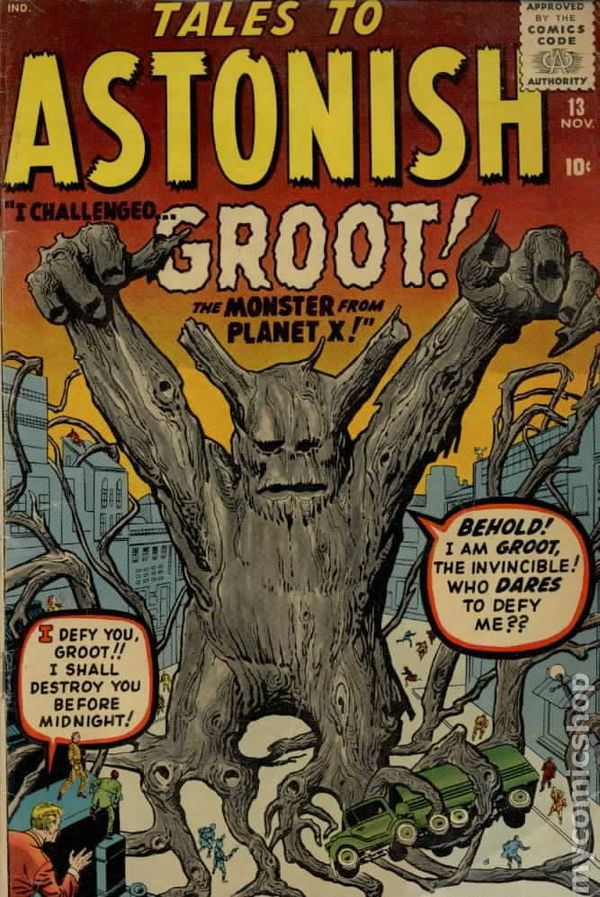 I recently saw Guardians Of The Galaxy 2. I loved it, it was a great big multi-colored thrill ride of a film, pretty much non-stop from the ELO-fueled dance/combat sequence that opens the movie to the final post-credits sequence. (You don’t have to be told not to leave until the ushers physically drag you out, right?  This is a Marvel movie, after all.)

There are a lot of reasons why I like this movie—despite the fact that it is not a vaguely disquieting New Wave experimental film with inexplicable special effects, long shots of people staring moodily off into the distance and an ambiguous ending—but the main one is that the filmmakers understand the proper usage of Myth.

Space Opera is essentially mythic.  The sorts of scientific absurdities that you find in Space Opera are the same sort that you find in Myth.  Men with the heads of beasts, heroes who travel between worlds, weapons of vast power, capricious immortal beings, enormous monsters and planet-ending catastrophes.

Or “A long time ago in a galaxy far, far away” as the saying goes.

But there is a catch with mythic stories—you have to play by the rules.  Mythic images have power because of what they mean, and you can’t uproot them from their meaning without losing that power.

It’s hard to give specific examples without spoilers, so I’ll give a “spoiler hazard” here.  That is to say, I will try to avoid spoilers, but the possibility exists that some of the issues I discuss will give away plot elements to people who are smarter than I am.  Call it “Spoiler Condition Yellow” and proceed at your own risk.  Better yet, if you haven’t seen it, go see it and them come back and read the rest of this.

We open with a Kraken. They don’t call it that, of course, but that’s what it is.  It is a monster the is larger than life—larger than any rational world would allow—because it is not of the rational world. They actually mention that—it is from some other universe. The Kraken is the avatar of chaos.  It is a natural disaster given flesh, a living hurricane or earthquake.  And that’s how the filmmakers show it, as a storm of limbs, blasts of flame, as inchoate and primal as anything out of Lovecraft.

Not only is its screen presence mythic, its narrative function fits the image.  There is a precious elixir of power (okay, so they call them batteries) that must be protected from the ravages of the Kraken. The batteries are the lawful possession of the golden-skinned, immortal, and sexless yet beautiful Sovereign—we’ll just go ahead and call them Fairy Folk.

Our heroes—crude, crass, combining human weakness with bestial power—have contracted to safeguard the power of the Sovereign from the Kraken in order to win the sister of the Valkyrie, who is the captive of the Sovereign for the crime of attempting to steal the power for herself.

This is just the opening.

Before the film is done you’ll meet a man armed with a magic helmet that allows him to control a magic arrow (who loses the helmet and then regains a stronger one), a maiden-creature who gives sleep with a touch, the Sovereign’s army of enchanted statues, and a world built from the flesh of a god.

But the important thing, the thing that these filmmakers understand and sadly so many others do not, is that the fantastic is not lawless.  The Kraken is not a random disaster—it is drawn into this universe by the hubris of the the Sovereign and it is defeated by the Valkyrie because it is the Valkyrie’s sister that is the price for the service.

There are choices in Myth—what G K Chesterton called “The ethics of Elfland”. The laws may seem utterly whimsical, but they are absolute iron in their implementation. One may choose to obey or to disobey, but the price must always be paid.

It is this adherence to the Mythic laws that allow the Myth—or the Space Opera—to set aside the Earthly laws.  A beast that speaks can escape the bonds of gravity, but he cannot escape his own nature. A god who takes the form of a man is bound by the laws of Heaven, and may be defeated by the fires of Heaven. A man who has chosen evil may yet redeem himself through sacrifice, and die in a state of grace.

Good Space Opera understands this.  Bad Space Opera (and there is certainly enough of that) takes the characters out of the Myth and becomes a mess of gods and monsters, an unsatisfying light show that, in the end, signifies nothing.

One need not have a dragon in fiction, but if one does have a dragon, it must be draconian, a cautionary tale on the evils of greed and gluttony.  If a hero wields a magic sword he must be worthy of it, or it will turn in his hand and cut him.  The fantastic must be weighted down by an honest and inescapable cost, or the wind will blow it all away.