Suit up with ALT-HERO!

Castalia House is pleased to announce that Alt★Hero is go on Freestartr!

Alt★Hero is a world not too terribly different than our own. It is a world where the Wehrmacht generals overthrew Adolf Hitler and the Nazi Party in 1939, and where the first atomic bomb was dropped on the order of Reichskanzler Jodl on Soviet territory in 1944, leading to the fall of the Soviet Union in 1956. It is a world where Japan attacked Australia instead of Pearl Harbor and China occupies the Korean Peninsula. It is a world of four superpowers, where the European Union rivals the United States of America for wealth and influence, and where China and Russia possess the two most formidable militaries on the planet.

And Alt★Hero is a world of newly discovered superhumans.

No one knows why rumors of individuals with seemingly impossible abilities first began to appear in the early 1960s, but in 1972, Linus Pauling conclusively proved the existence of a new breed of beings with superhuman capabilities that were genetically distinct from conventional humanity. Pauling named this new breed Homo Sapiens Sequens and won an unprecedented third Nobel Prize for this discovery. Assisted by funding from the National Science Foundation and the International Monetary Fund, he established the Institute for Enhanced Human Development to study them.

Some scientists believe Homo Sequens to be a consequence of the advent of atomic weapons, others consider it to be an indicator of alien intervention. Optimists consider them to be the next step in the evolution of Man, while pessimists fear that they will inevitably bring an end to the human race. Regardless, what is clear is that Homo Sequens is real, that it is rare, and that its individual members are invaluable to the government, or private organization, that can effectively harness their wide range of talents. 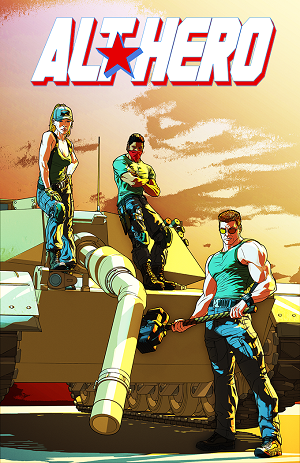 The various world powers have taken different approaches to trying to harness the superhumans in their midst. Both China and Russia draft all of its citizens who are discovered to possess superpowers into their militaries and boast the most formidable collection of superhumans yet known. The European Union has established the Global Justice Initiative in the hopes that Homo Sequens will bring about world peace, while the United States of America has joined 44 other UN Member States in signing the Singapore Superhuman Treaty, which is part of the United Nations Framework Convention on Advanced Human Rights and turns over the management of its superhuman citizens to the United Nations Superhuman Protection Council.

The UN-SPC guarantees the political rights and provides gainful employment to the superhumans who fall under its authority, and forbids them from joining any military except as an adjunct to a UN peacekeeping force. It maintains a small, permanent force known as the Peace Squad which is usually used to confront abuses by militaries belonging to Member States that are not signatories to the Singapore Treaty.

However, not all Americans who are superhumans are interested in being protected by the United Nations, and it is estimated that more than seventy percent of all Homo Sequens who are American citizens have managed to remain unidentified and unregistered.

And there is no organization that is unhappier about the Singapore Superhuman Treaty and the limits imposed upon American citizens by the United Nations Superhuman Protection Council than the U.S. military.

You’ll want to check out the campaign every day, because we will be adding a new page, as well as additional character art, on a daily basis.

So, thank you all, and rest assured that together, we will Make Comics Great Again and have a great deal of fun in the process.

Rebel wasn’t really expecting to have to get ready quite so quickly…. 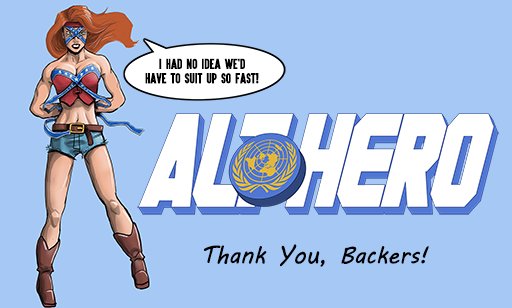