SUPERVERSIVE: “Breaking Bad” is Superversive, and no, that’s not a typo

You know, all the time, I see a lot of guys on the pulp rev side of the crowd express confusion about what superversive is supposed to be. Some go as far as to say that we’re being inconsistent or don’t have a clear idea. I’ve even seen some say that it’s not possible to judge a work as superversive or not, and that the whole idea is impossible.

Obviously, I don’t think this is true or I wouldn’t be writing this. And to give you an idea of what we mean, I’m going to give as unconventional an example as I possibly can. Something that may make your heads spin when you first read it, but which I’ll try to explain properly.

I can hear the protests now. “Breaking Bad”? The show about the milquetoast chemistry teacher turned murderous drug dealer? The one that ends with (the show ended years ago, let’s forget about spoilers here) the main character lying dead on the ground clutching meth in his hands? The one where one of the only heroic characters on the show, a cop, is killed by insane psychopathic neo-Nazis? THAT “Breaking Bad”?

You got it. That “Breaking Bad”.

The reason “Breaking Bad” is superversive is that it exists in a moral world – not in a world where people are moral, but a world where morals exists. Actions have consequences. Some people are evil, some are good, some choices are immoral, some aren’t. Unlike “Game of Thrones” or even the worse parts of “The Walking Dead”, “Breaking Bad” is very much NOT nihilistic.

Walter’s story is a story about choices. There’s no real one point of no return – at every step of the way there are times he could stop. He didn’t even need to cook meth, but could have humbled himself and taken charity from his former business associates. He could have been honest with Skylar from early on, but chose to continue lying. He could have ended it after getting the money for his treatments, but chooses instead to cook for Gus for a year.

And every decision he makes has long-reaching consequences. He shreds his family apart, he gets his brother-in-law nearly paralyzed, Jesse gets the snot beaten out of him, and more and more people are killed so Walter can continue his power trip. He says the whole thing is for his family, but this is a transparent lie. It’s because Walter, who feels so powerless in other areas of his life, enjoys the power of being the great Heisenberg.

Everything finally comes to a head in the most famous episode of the series, “Ozymandias”. Up until this point Walter has, barely, managed to keep up a double life where he can keep a family and continue cooking, and has become a powerful drug lord. But “Ozymandias” explodes into almost a biblical reckoning as Walter’s whole world is completely torn apart. All of the sins he’s committed over the course of the series – that all of the characters have committed – are visited back upon Walter with a vicious vengeance. Innocent people are killed, almost all of his money is gone, his power is stripped from him, his family turned against him. He is forced into the mountains to hide as a sort of lumberjack, his only human contact monthly visits with a man who barely cares enough to play cards with him for an hour for 10,000 dollars.

The main message of the show essentially amounts to this: Actions have consequences. Looking also at the terrific prequel “Better Call Saul” we see that all of the people who are apart of this world join it because they believe that they’ll be able to reap the rewards while escaping the consequences. They try to be smarter than everyone else, like Walter, or more careful, like Gus, or more slippery, like Saul.

But you can’t do it. And sin has far reaching effects, not just on you, but on the people you love and on the innocents around you.

One of the only good criticisms I’ve seen of the show is that the finale was one episode too far, almost a victory for Walter. He comes up with a way to get the money to his son, gets vengeance on his enemies, and manages to rescue Jessie. He dies cradling his beloved blue meth in his hands.

I think it works when you think of Walter almost as a spirit of vengeance; all of those people who seemed like they’d get away with it – who seemed to escape the consequences – ultimately get their comeuppance well. In that sense the end is fitting; all of the chickens have come home to roost.

So, the answer to the question of “Can there be such a thing as a classical superversive tragedy, about the fall of a great man?” (and Walter DID start out as a man with true potential to be a force for good; remember, he was originally a brilliant chemist) is “Yes”. “Breaking Bad” is one such show, and that’s one of the reasons it will be remembered decades from now as one of the greatest shows ever made. 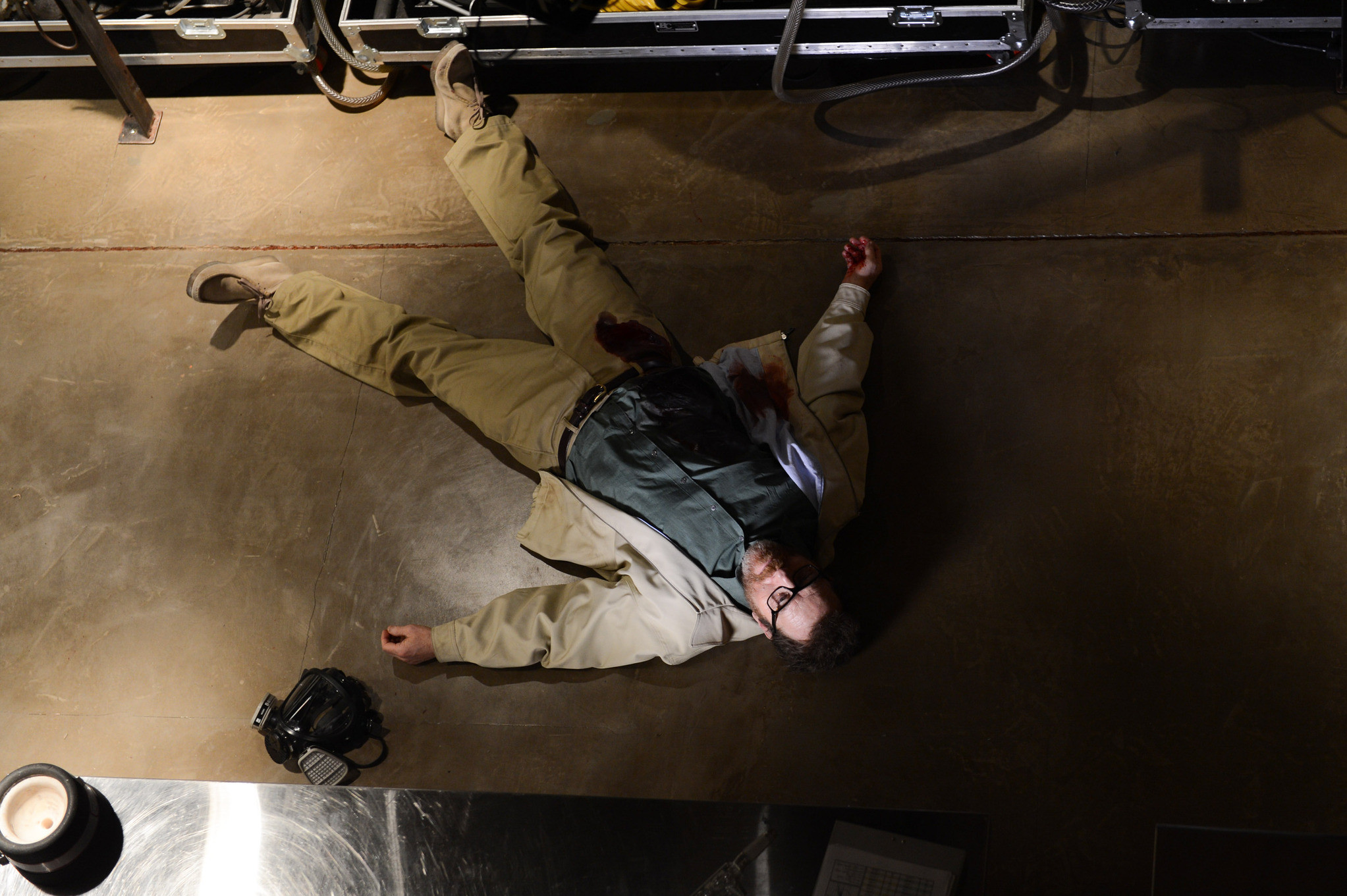