(An updated reprint of an article on an old blog. Since then I have beaten the Elite Four and caught Mewtwo…who is insanely overpowered, by the way).

I have always said that I will maintain until the day I die that generations 1 through 3 of Pokemon are legitimately great games.

Of course, it’s hard to tell if this is really true, because I played the games as a kid. There’s nostalgia goggles going on there. Do they still hold up?

One way to find out. I went out to the Wild West of Ebay and bought a copy of Pokemon Yellow, my personal favorite.

Next was the Game Boy Advanced SP (the best portable game console ever made) – the one I owned had stopped working awhile back (I think we dropped it?). And this is the conclusion I came to:

My original memory of the game, which I believe I got around when gen 2 came out (widely regarded as the finest pokemon generation) was that it was rudimentary with little replay value but had an excellent “gang fight” with Team Rocket and some tough gym leaders.

My estimation of Team Rocket’s difficulty was a bit off – I forgot about the Rocket base in Celadon City, which was pretty difficult. Fighting the Rockets in Saffron was a blast, though, just as I remembered it. So that’s not pure nostalgia.

I did get the gym leaders about right. Sabrina, Koga, Blaine, and Misty (even with a pikachu!) in particular were actually hard, and took several tries.

You  can exploit a glitch to get a Mew! I’m just saying. That was cool. I considered that fair play since it’s otherwise impossible. Believe it or not it was weaker than I thought it would be.

I was amazed at how weak my team was by the time I made it through victory road. I had strong pokemon TYPES (though for this playthrough I refused to catch any legendaries besides Mew until after I beat the Elite Four), but the only one that actually squeaked into the 40’s by the time I reached the Elite Four was Pikachu.

Gen 1’s Elite Four is harder than I remembered. I’ve been squeaking by Lorelei and Bruno with, like, one pokemon left. By this point, they’ve all been trained up into the 40’s. In some of the later generations that might be enough to at least give it a good shot but in gen 1 you’re just going to get crushed. Agatha rips me to shreds every time.

Well, now I know. The gen 1 bag is TINY. You can hold, like, 20-something items. That’s nothing! The item PC has finally come in handy.

It’s amazing the sort of things the series basically takes for granted that gen 1 doesn’t have. No abilities for pokemon, pokemon can’t hold items, special was not divided into special attack and special defense, and you can’t actually see your experience bar, making it impossible to know how long until a pokemon levels up unless you’ve been counting in your head. And no Move Deleter, which makes HM moves much more final (and thus a much harder decision to make). This isn’t necessarily a bad thing, as it adds an element of strategy, however small.

One aspect I do like that I wish they never changed is that TM’s disappear after you use them. This means that teaching a pokemon a TM move is a big decision, and making TM’s reusable gets rid of that aspect of strategy. Sometimes easier isn’t better.

The worst part of gen 1 is how little gameplay there is once the Elite Four is beaten. You do get the ability to enter Unknown Dungeon and catch Mewtwo, but otherwise there’s basically nothing left to do but catch pokemon. There’s a certain satisfying magpie-like fun to this, but unless you want to keep battling the Elite Four (which is admittedly fun to a point) or fight wild pokemon, you’re done battling. No other trainers are open to you.

This is unfortunate in a pokemon game, because it feels really disappointing to restart now that you’ve spent so much time training your pokemon. So it leaves you stuck in a sort of limbo, not willing to restart but also not sure what else you can do. The best option is probably to trade the pokemon you want to keep to another game then start over with a different team and trade them back when you get strong enough. While this works it’s cumbersome and assumes you have the ability to trade.

Mew vs. Mewtwo: Living the dream

This, by the way, is why Emerald is the best of the Game Boy/Game Boy advanced pokemon games. The Battle Frontier is a fantastic and underrated addition to the game world, and makes the game almost endlessly replayable.

It’s an impressively deep game looked at on its own, with a lot of freedom regarding what you can do and many meaningful choices you can make that will affect how you play the game; for a small example, I get to pick only one of two fossils at one point in the game. The fossil I pick eventually turns into a pokemon, but it is impossible for me to get the other fossil. So the choice here has an impact. For a larger example, I’ve made the decision to catch none of the three legendary birds before I beat the Elite Four. This makes my game considerably harder.

Of course, from a field-wide perspective it was revolutionary, propelling handhelds to the map and proving that they had the market to rival regular consoles and PC’s. Gen 1 set the template that’s been followed by every single game since. While the other games have improved on it, they are all improving on IT. Gen 1 is still the standard by which main series pokemon is set.

Looked at on its own merits, while it was flawed (notably through lack of really good replay value and some unbalanced battling limitations – psychic was insanely overpowered, and Special really should have been, and was eventually, divided into special attack and special defense), it definitely did do some things, in my opinion, better than other generations. The difficulty curve is good. I was able to beat the gym leaders but with proper difficulty, and the fact that I’m having so much trouble with the Elite Four seems just and proper. Gen 1 Team Rocket is easily the best gang fight in the series. The Silph Co maze ranks as the best gang section of all the games.

I actually prefer the limitations on TM’s and HM’s. Giving them real penalties adds strategy.

Gen 1 has excellent legendaries. Gen 2 and 3’s were strong pokemon but not nearly as cool. Just look at Zapdos! How cool is that?

Gen 2 is generally, and rightly, considered by fans to be the best in the series. It improved upon its predecessor in virtually every aspect. While one could quibble about things like the gang fights and the Elite Four difficulty, nearly every flaw in gen 1 was corrected. Crystal in particular even added a more complex storyline, and gave the player the option of fighting in a battle tower once the Elite Four was beaten. Gym leaders occasionally opened themselves up to battles again as well, pokemon stats were balanced, Psychic types became much less overpowered, the bag improved, and, coolest of all, gen 2 is, to date, the only generation (besides its DS remakes) to allow you to go into another region and win more battles!

I still have no idea why no other generations haven’t tried this, because it was brilliant.

The only downside to the gen 2 games is that, because they had so much going on and were still normal gameboy games (as in, not gameboy advanced), the battery ran out relatively quickly, making them impossible to save after a certain point. Still, you had a good amount of time until that happened.

So yes, Pokemon Yellow really is a legitimately good game. While later generations improved upon it (my absolute favorite Pokemon game is the criminally underrated Emerald) the original formula remains brilliant and it contains some of the best gang fights and gym/elite four battles in the entire series. All in all it’s definitely worth the replay, if not only for the nostalgia value then at least for the killer Silph Co section of the Team Rocket battle. 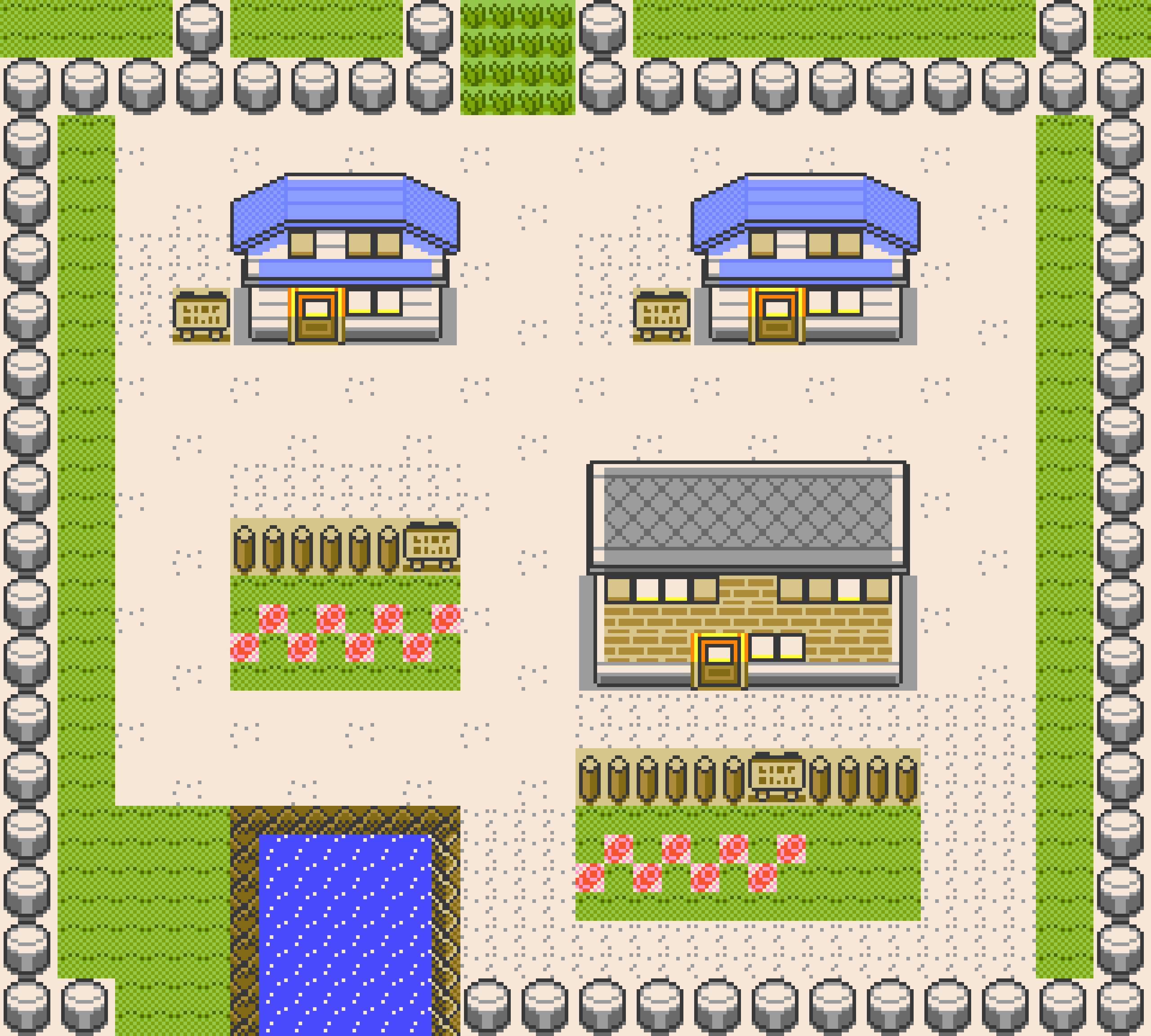 Pallet Town music = Instant nostalgia Also, Yellow has multiple colors per town! First time in any of the games that’s the case.