SUPERVERSIVE meanders a bit today: It can’t always be scifi. 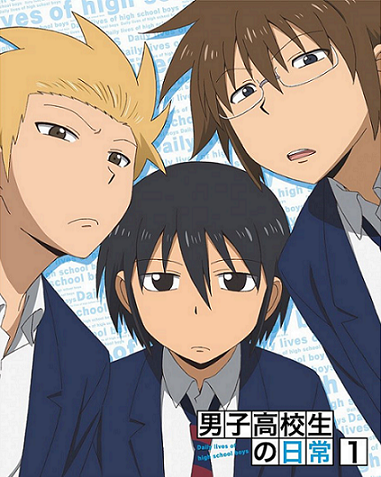 One of things that made me fall in love with anime back in the 90s was the sheer amount of science fiction you could find in anime, and how inventive they tended to be. In recent years, I feel like “inventive” hasn’t necessarily been the way I would describe anime offerings, but honestly, I’m not sure if that’s me being a curmudgeonly old man or if that’s just a symptom that Hollywood’s infected Japan with the need to constantly rehash things in ever less pleasing ways. Maybe it’s both.

It’s probably not fair to assume that it’s mostly inferior offerings now; the internet has certainly made it more easily available. There’s less investment involved, meaning a company (or fansub group) doesn’t have to be absolutely sure that a show’s worth the trouble the way they had to be when we were buying VHS tapes (or mailing blank ones to people you’d never met in exchange for copied fansubs). The downside of that is you get a lot of garbage over here now; the upside of that is that sometimes you get shows you never would’ve seen in the US during the 90s. For example: what red blooded man looks at show called The Daily Lives of High School Boys (frequently abbreviated as Nichibros, from the Japanese title) and thinks, “Man, that show sounds awesome. Let me buy it two episodes at a time while paying extra for subtitles at Suncoast!” 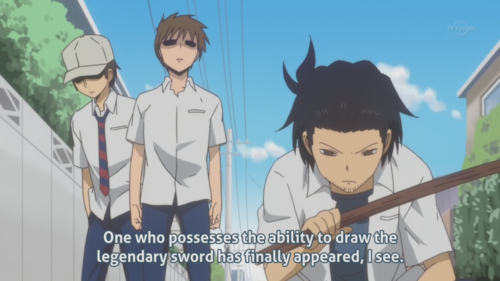 I certainly wouldn’t have. Even when it came out a few years ago, I wasn’t terribly keen. It was only through the recommendation of a friend with good taste that I finally sat down and watched the show. To say that the show is a slice-of-life sketch comedy is accurate, but doesn’t really do the show justice. It also leaves you wondering why the devil I’m talking about a slice of life sketch comedy show on a blog largely devoted to A), the written word, and B), things that typically have more magic and/or spaceships.

Make no mistake; if The Daily Lives of High School Boys were in a Hugo category, it wouldn’t be long form or short form or whatever else you might think. It would be a related work. But it’s nerdy in a way that Community is nerdy: it’s ostensibly an everyday world, but you can tell that the writers love the same things you love, and they get you in a visceral way. 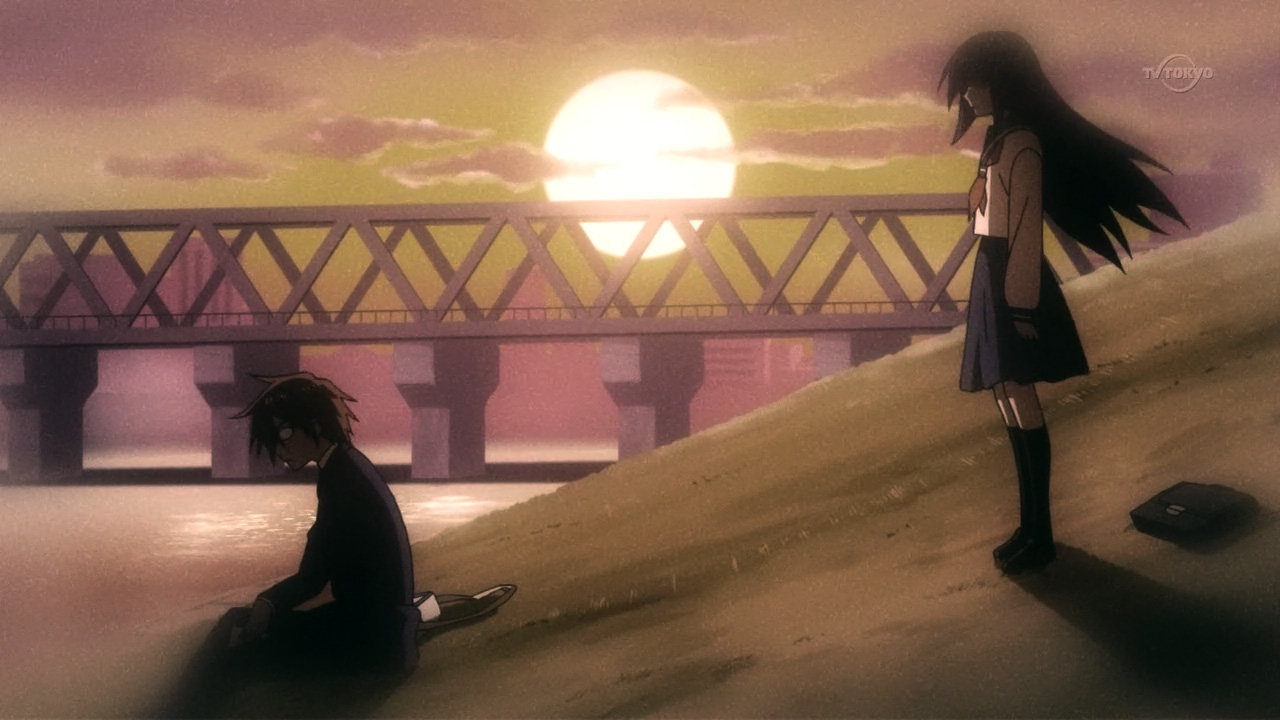 It’s one of those shows that thrives on how well it understands its subject matter, and in this case, that’s young guys, particularly young guys of a nerdy persuasion. One of my favorite sketches (“High School Boys and Morning Journey“) involves the protagonists running across a stick laying in the middle of the street. One of them declares the stick to be the chosen sword of destiny, or something along those lines,  and two of the guys drag the guy who was unfortunate enough to pick it up into an elaborate old-school JRPG scenario– complete with one of them acting as a random encounter (and then as a midboss that looks exactly like the random encounter enemy). Another wonderful sketch (“High School Boys and Literary Girl,”frequently revisited over the show’s thirteen episodes) involves a girl who shows up on a riverbank one evening while one of the protagonists is reading.  They’re both aware of how much a chance encounter at sunset on a river bank sounds like an anime scene, and they’re dragged into a conversation full of portentous and meaningless dialogue because it seems like the right thing to do at the time. 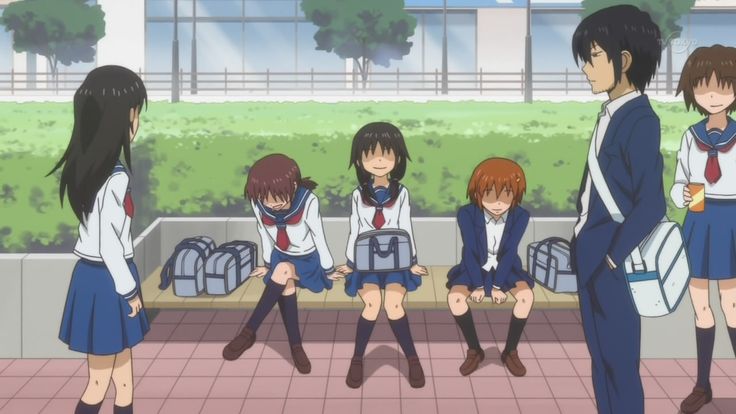 In a move that really resonated with my memories of being a teenager, the girls in The Daily Lives of High School Boys are usually portrayed as mysterious, unreadable, and borderline malevolent. Their motivations are opaque. They’re usually drawn in such a way that their hair is covering their eyes– or something along those lines– making their expressions unreadable. They’re very nearly Lovecraftian horrors, prone to random (and not so random) fits of rage.  In a show that so clearly understands how to draw its characters– and despite its sketch show format, it does revolve around the same group of guys– the women are usually absolute cyphers. And it’s hilarious, because, let’s be honest. I’m in my thirties and happily married, and sometimes my wife is still an unreadable cypher with opaque motivations.

So going back to the question of why I’m talking about a slice of life comedy show. Why do I feel the need to bring it up? It’s only tangentially related to scifi. The giant robots come and go in a two minute sketch!

Thing is, The Daily Lives of High School Boys is both funny and heartfelt. It never really aims to get you in the feels– it’s not prone to sappiness– but every man I know whose seen it has felt that it resonated somewhere deep inside of them. The whole finding a stick in the road and turning it into a sword bit was totally me and my friends when we were young– and frankly, it’s probably still us now. It’s definitely still me. And in a world where we’re constantly undermining and devaluing men, it’s refreshing to see a show that understands what it was like to be a young man. There’s a certain lack of cynicism at the heart of Nichibros that’s almost as endearing as its humor.

You can watch it on Hulu, because someone finally decided to license it a year or two ago. Thirteen half hour episodes.

Josh Young is  a seminary student, Castalia House author (the forthcoming Do Buddhas Dream of Enlightened Sheep) and blogger at Superversivesf.com If you enjoyed this, we’d love to have you visit our main site!