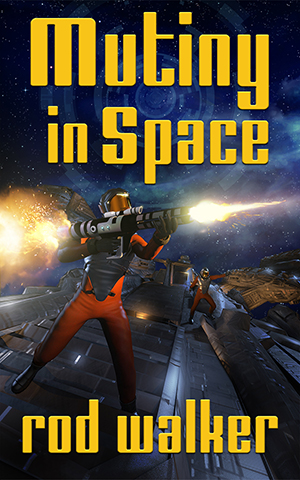 I’m old enough to remember a world pre-Star Trek: The Next Generation— though not by much– and so I’m old enough to remember the excitement of seeing how something that I loved so dearly would look with all the shiny, modern flair of the 1980s. Maybe it’s the rose colored glasses of nostalgia, or maybe it’s that I the reboot-recycle plague hadn’t really settled in yet, and so even call backs to classic episodes were exciting, but it was a wonderful experience for me as a young boy.

One of the things that I’m grateful to my parents for is that they made sure I knew the value of media from by gone decades. I grew up watching Arsenic and Old Lace, Charade, and North by Northwest. When I watched This Island Earth it was with wonder and without the ironic overlay of MST3K. And as much as I enjoyed Encyclopedia Brown and Choose Your Own Adventure books, I spent way more time reading things like Lucky Starr and the Oceans of Venus, Have Spacesuit, Will Travel, and Andre Norton’s Star Rangers. I say all this because I want you to understand that when I say Rod Walker’s Mutiny in Space is the product of a by-gone age, I’m giving it the highest praise I can. Mild/Early spoilers follow.

Mutiny in Space is narrated by Nikolai Rovio, the black sheep in a family full of “Socials,” the distant future’s version of Communists. His dad died trying to plant a bomb for the glory of the Social Party; his mom has a steady stream of boyfriends who are either lay about Social thugs or academics with Social sympathies. His older brother has bought into the Social party line, and is doing the sorts of things that teenagers with nothing to do and insurrectionist tendencies do. Only his father’s brother, Corbin, a technician aboard an interstellar freighter, has rejected the Social party.

When Alesander Ducarti, a high-level party member visits, Nikolai’s world, he is dragged along to here him speak. There, Nikolai meets Ducarti and takes an instant dislike to him, and his mother and brother are duped into driving a car bomb to a government building.

With no family left, Nikolai is taken in by his uncle Corbin and given an apprenticeship aboard his freighter. In the best tradition of Heinlein’s juveniles, Nikolai is clearly on his way towards being a Competent Man: he’s intelligent, a hard worker, and respectful. And when Ducarti shows up later in an attempt to claim the freighter’s cargo for himself, Nikolai is as brave and as willing to die as any of the fully grown men on the ship.

I’m not sure that Mutiny in Space would be considered a juvenile, but it’s clearly got that adventure in its DNA and an old-timey vibe. Even though Nikolai’s world has things I never remember seeing in the juveniles– video games, artificial gravity, quantum entanglement– there’s plenty in it that conjures up the memories of all those old adventures I used to read. The heroes are bold and heroic, the villains villainous and craven. And looking at that sentence, it seems ridiculous that I’d have to type “the heroes are heroes and the villains are villains,” but I think we all know the world well enough to understand why that’s refreshing. I mean, heck. I intentionally use a grey morality in my own writing, and I’m part of a group or writers that are theoretically not fond of those things.

Weirdly, for a book whose selling point is in its retro appeal, one of the things I appreciated was the inclusion of the modern touches. A couple of times the women in the Social Party are described as reveling in being fat or ugly, with hair died blue, a clear reference to the tendencies of people with certain political views– and for some reason, in this Heinlein juvenile-esque adventure romp, that cracked me up. Quantum entanglement is used to set up peril in the mid point of the book in a way that I don’t think I’ve actually seen before. It’s a simple thing, and I’m sure some theoretical physicist or know-it-all middling scientist elevated to celebrity would roll his eyes at, but hey. It’s an adventure, not a hard scifi story.

And it’s a darn sight more entertaining than a lot of hard scifi stories are.

I’m a guy who usually likes to find something to pick on in a review, if only because that’s how we as writers grow. But I’m not sure there’s anything in Mutiny in Space that I had issues with. I was going to gripe about the title being bland, but when I wrote that it was the product of a by-gone decade, I realized it was perfectly in keeping with titles from decades ago. (Again, Star Rangers, anyone?) It might be a little simple, because I like grand, sweeping epics, but that’s not what this book is– and we’re clearly set up in the end for more adventures. Maybe it will grow into a grand, sweeping epic. Maybe it won’t. Either way, it was a pleasure to read. And even though I was given a review copy for free, I’d cheerfully shell out five bucks for it.

Josh Young is  a seminary student, Castalia House author (the forthcoming Do Buddhas Dream of Enlightened Sheep) and blogger at Superversivesf.com If you enjoyed this, we’d love to have you visit our main site!