While Anthony and I are dealing with the end of our semesters, Ben Zwycky, a fellow superversive author, will be holding down the fort. I’ll be back in a few weeks with something relevant, because I don’t think this is the right blog for a discussion about the filioque controversy. Without further ado, Part 2 of a 3-part series on George MacDonald (Part one is here.) by Ben Zwycky: 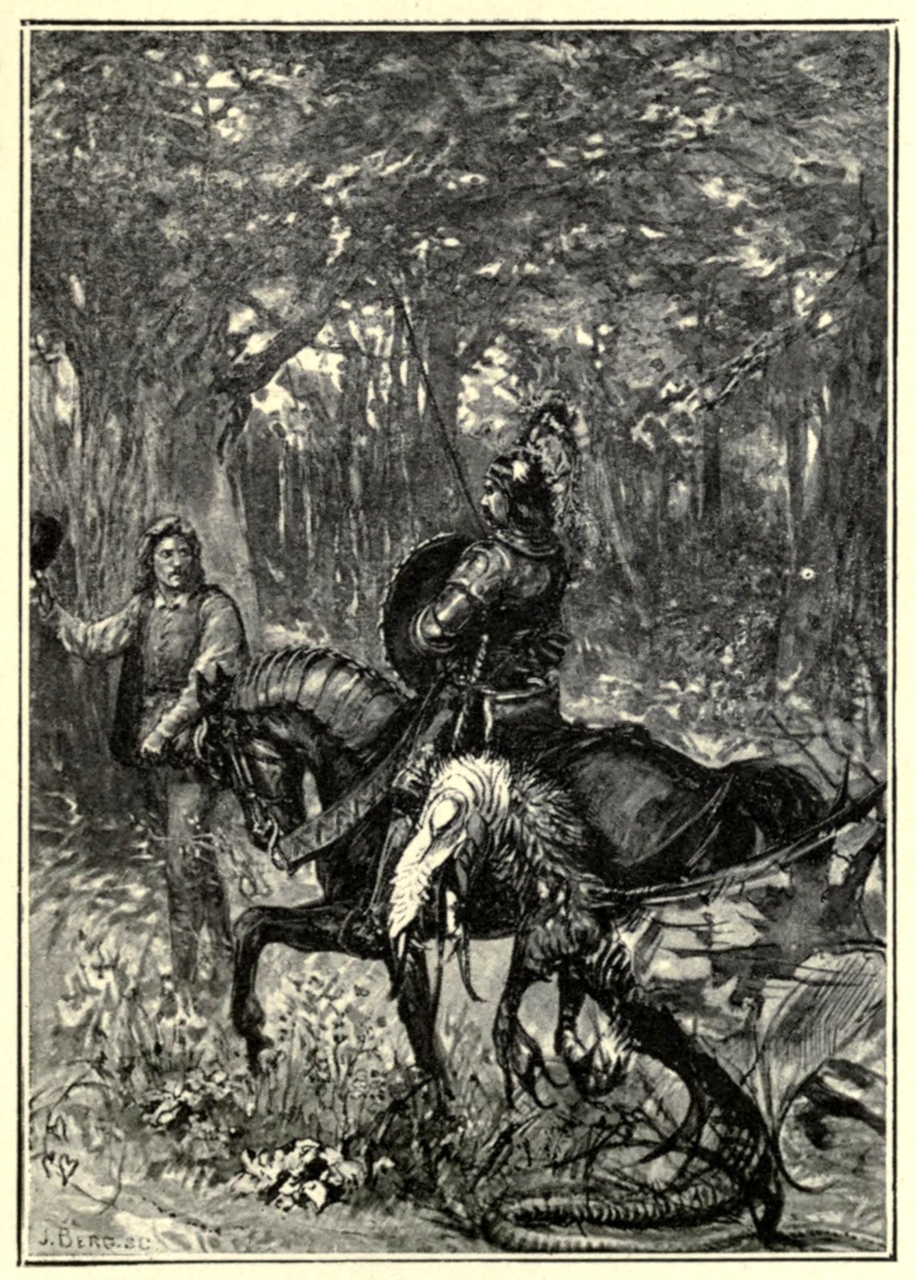 Everything I said last week about “The Golden Key” applies in spades to Phantastes. Though there is a tenuous common narrative thread through the book and continuity is kept, this book overall reads more like a stream of consciousness sketch show, but where the object of each sketch is not comedy, but to inspire awe. I’ll start with a little compare and contrast between the two.

Like in “The Golden Key”, in Phantastes the viewpoint character is a human that travels into fairyland from the human world, is warned about dangers and has many weird and wonderful experiences.

In “The Golden Key”, the protagonists are children who lived just beyond the borders of fairyland in full view of it, constantly aware of its existence, and they enter fairyland simply by walking out of the door (or climbing out of the window and walking there.

In Phantastes, the protagonist Anodos is an adult from the normal human world (a man from Scotland having just turned 21) totally unaware of the existence of fairyland. A little while after meeting a tiny magical creature that appears form his late father’s old secretary desk, he finds a path into fairyland through the designs of his bedroom furnishings turning into the things those designs represent: his washbasin turns into a spring that feeds a clear stream across his bedroom floor, his carpet which he himself designed to look like a field of daisies turns into an actual one, the carved ivy designs on his dressing table become real ivy etc. It seems not unreasonable to me that this inspired some of C.S. Lewis’ gateways into Narnia, such as the painting in the Dawn Treader coming to life.

In “The Golden Key”, the children carefully obey the instructions and heed the warnings they are given, and so the reader never really fears for their safety.

In Phantastes, Anodos basically ignores every warning given to him (about travelling in the forest at night, about an evil seductive beauty, about opening a certain door), a couple of times making me want to reach into the book and slap him. Ignoring these warnings gets him into serious trouble and facing some genuinely scary enemies (a vindictive ash tree that stalks him through the night, a hollow shape changer, an ogre etc.) The self-inflicted problem that sticks with him the longest is his evil shadow that plagues him with cynical eyes so that the magical things in fairyland appear mundane and worthless.

Anodos meets all sorts of creatures and people: beautiful women of one sort or another including a living marble statue that he falls in love with and rescues from its entombing alabaster through the power of song, a maternal figure, a young girl with a mystical globe, Sir Percival of Arthurian legend, a pair of princes who teach him how to fashion armour and together they take on three giants, there are also miniature fey creatures, walking trees, and brutal cultists.

He ventures through all sorts of places: through field and forest, river and sea, cottage and boat, a long and narrowing misty tunnel, a prison tower, a watch tower and a fairy palace with all manner of wondrous rooms and furnishings. In all of these places he meets fantastical creatures, makes fascinating discoveries or faces genuine dangers.

One of the fun things about this work is all the ways you can see it inspired other writers. Here are a few examples:

This little passage about the cynical shadow shows how it inspired the dwarves who proudly disbelieved in the wonders of Aslan’s Country in the Last Battle.

But the most dreadful thing of all was, that I now began to feel something like satisfaction in the presence of the shadow. I began to be rather vain of my attendant, saying to myself, “In a land like this, with so many illusions everywhere, I need his aid to disenchant the things around me. He does away with all appearances, and shows me things in their true colour and form. And I am not one to be fooled with the vanities of the common crowd. I will not see beauty where there is none. I will dare to behold things as they are. And if I live in a waste instead of a paradise, I will live knowing where I live.”

And this description of a forest I think inspired the wood between the worlds in the Magician’s Nephew:

But even here I was struck with the utter stillness. No bird sang. No insect hummed. Not a living creature crossed my way. Yet somehow the whole environment seemed only asleep, and to wear even in sleep an air of expectation. The trees seemed all to have an expression of conscious mystery, as if they said to themselves, “we could, an’ if we would.”

Scattered throughout the book are little asides, beautiful thoughts and insights, for example:

Why are all reflections lovelier than what we call the reality?—not so grand or so strong, it may be, but always lovelier? Fair as is the gliding sloop on the shining sea, the wavering, trembling, unresting sail below is fairer still. Yea, the reflecting ocean itself, reflected in the mirror, has a wondrousness about its waters that somewhat vanishes when I turn towards itself. All mirrors are magic mirrors. The commonest room is a room in a poem when I turn to the glass.

This is the sort of thing that G.K. Chesterton would later become famous for, blending his own stunning insights into his tales even more expertly; perhaps it is no stretch to imagine that he got the idea from reading MacDonald?

There are many more, and I’m sure those who are more widely read than I will see even more connections than I did.

C.S. Lewis once said that a certain quality of the story, a wondrous purity, a ‘bright shadow’ that the whole of Anodos’ adventure was infused with, he later recognised to be holiness. Not just the connotation of purity and goodness, but also the word’s original meaning of something being set apart for a higher purpose, otherworldly and different, yet reflected in the world around us.

As I have noted, the story is meandering, with a plot that is really a series of loosely connected short tales and scenes that perhaps both reflects the chaotic, enchanting, otherworldy and glorious nature of fairyland as well as MacDonald’s admitted shortcomings as a writer. The character growth of Anodos on my first reading also seems a little haphazard, while the supporting cast also lack character depth. The ending also felt a little sudden, though maybe it wouldn’t on a second reading.

Other writers took inspiration from his astounding worlds and combined it with compelling characters and well-crafted plots to produce some of the greatest literature of the early twentieth century. It is as if MacDonald mined a seam containing brilliant undiscovered jewels and presented them to the world, then others came afterwards to expertly cut and set those gems into exquisite jewellery. In the process those later artists became more beloved and popular than the one on whose shoulders they stood.

Even if it turns out that his particular style is not to your liking, MacDonald’s contribution to the world of literature is one that we should all be grateful for, and the above metaphor will become even more apt as we look next week at The Princess and The Goblin together with its sequel The Princess and Curdie.

Ben Zwycky is one of the founding members of SuperversiveSF.com, on the editing team of Sci Phi Journal and the author of two poetry collections and two novels, the latest of which (Beyond the Mist) is highly recommended by both Jeffro and John C. Wright

If you like what you see, come visit us at Superversivesf.com!