SUPERVERSIVE: “The Rising of the Shield Hero” is the worst kind of isekai

“The Rising of the Shield Hero” is everything wrong with the isekai genre. It just pretends otherwise.

The show is a trick. It pulled the wool over your eyes. The first twenty minutes or so are some of the worst I’ve ever seen in the genre. They do basically everything wrong – give us a boring protagonist whose only trait is “kind of nerdy”, make his reaction to being forcibly kidnapped into a fantasy world bizarrely blase, and make the fantasy world itself as generic a medieval setting imaginable. Everything it does it does badly, and the worst of all is that reaction. Almost every protagonist of these sorts of stories reacts the same way to being ripped from their homes and families against their will – bland acceptance. It is bizarre, and strikingly unrealistic. This kid had a job. He had a family. And his reaction is seriously just going to be “Eh, let’s see what’s up?”

“Log Horizon” had a similar problem, but because “Log Horizon” is actually a great show that manages to push itself beyond wish fulfillment fantasy it explores the backstory of its protagonists and recognizes their inherent tragedy, which at least lightens the blow. To be so obsessed with an MMO that you’re not even unhappy about being stuck there implies something seriously messed up about your real life – and we do, in fact, learn that our protagonist Shiroe used to be suicidal. “Log Horizon” knew its characters weren’t normal. “Shield Hero” completely ignores this, and it’s absurd.

Of course the main hook of “Shield Hero” is that look guys, it’s totally not a wish fulfillment fantasy at all! The Shield Hero was accused of rape and everyone hates him now! His life sucks! Isn’t that interesting?

And that’s the trick. That IS interesting! The problem is that that’s not the show – not even a little bit.

We are twelve episodes into the show. That is a single season. Let’s explore where the Shield Hero is at: 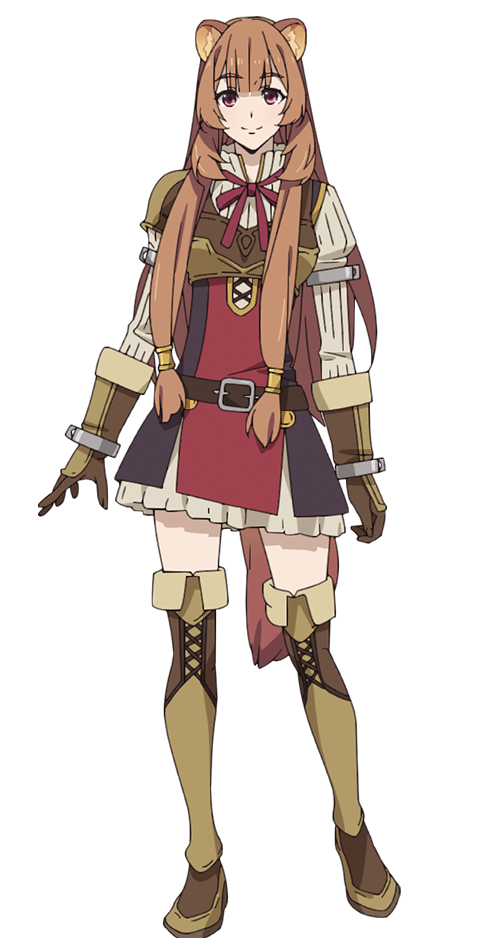 The last real moment of hardship for Naofumi (our titular Shield Hero) came in episode 4. Yet even here we see the problems pop up. Here Naofumi gets into a fight with the Spear Hero; if he loses Rapthalia, his buxom raccoon companion (technically a slave, but yeah, no), will be free to leave his party.

You know what would have been cool? If Naofumi actually lost the fight. Except…he doesn’t. He wins, until the Spear Hero cheats. Except it doesn’t matter, because Rapthalia stays with him and now the other heroes realize he’s actually not so bad. Even when the Shield Hero loses, he wins!

And that was literally the last time in the series we see Naofumi suffer for longer than a couple of minutes. Episode FOUR of the show. Yeah.

Naofumi is the worst kind of isekai protagonist: An edgy badass with a harem of hot chicks and lolis, except he’s SO badass and EDGE-EE he doesn’t actually notice how totally into him they are, and this makes him EVEN COOLER (we even get an awful, cringey hot springs scene for good measure). He’s the most powerful, most beloved, most desired, and most awesomest hero in all the land. Girls want him; guys want to be him.

The false rape actually helps the wish fulfillment. All of those twelve year old boys who feel like the world always has them down, man, who nobody understands, they can relate to the Shield Hero. They’re edgy loners too, but in reality if only everyone appreciated them they’d be the greatest hero in the world with a harem of beautiful women, exactly like the Shield Hero!

The animation is mediocre. The action is mostly mediocre. Some of the characters are all right, but the lead is Just Another Isekai Protagonist, with extra EDGE-EE. And yet, it really is probably the best isekai since “Log Horizon”.

And what that tells us about the genre isn’t good.

Skip “The Rising of the Shield Hero” and turn on “Log Horizon” instead. You’ll be glad you did.

Just for fun, an English cover of the “Log Horizon OP