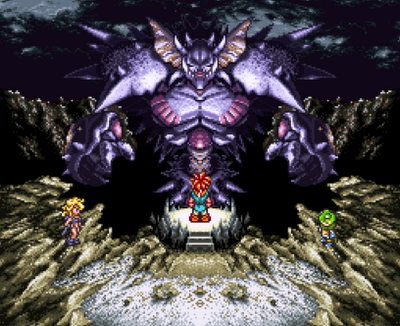 In case you’re not adept at interpreting mid-1990s sprites, from left to right, that’s a cave-woman; a silent, spiky-haired youth; and a knight who has been turned into a frog. (An awesome frog.)

The first and only video game I ever got in trouble for playing was Squaresoft’s Chrono Trigger. You see, early on in the game, there’s a chapel in the woods that has been taken over by monsters, and in order to keep the charade up and hide their dastardly deeds, several snake-women disguise themselves as nuns. Being a video game, you promptly kill them as soon as you have a reason to do so. Dad, unsurprisingly, did  not take well to the wholesale slaughter of nuns, even faux-nuns. (Eventually, the situation resolved itself, and I went back to that wonderful game. But that’s another story.)

I’m going to guess that most people of my parent’s generation or older– and probably a big chunk of my generation, frankly– think one of two things about video games: they’re a waste of time, or they’re murder simulators. Either option presents little in the way of redemptive value. And to be fair, there’s a lot of time wasters and there are a few murder simulators. I’m not likely to let my kids play games from Rockstar when the time comes.

But last month I picked up the final installment of Blizzard’s Starcraft 2, and I as I was replaying the whole darn thing and pondering how everyone in the Starcraft universe is built like a linebacker or a model, I realized something interesting: It was bucking the cultural trends. The men were manly and the women feminine. Everyone was competent, even the squeaky-voiced science geek. Heroism was fully evident, even during the revenge-centric Heart of the Swarm. The stakes were big and sets matched; by turns, Starcraft 2 has you fighting at the end of the universe and in a space station older than the universe. It was like I’d stumbled into Warhammer 40K‘s superversive cousin.

I’m not about to claim that video games are inherently superversive. Sturgeon’s Law always applies; 90% of anything is crap. But I think there’s something about video games that actually makes them friendly to what Brian Niemeier calls “the superversive mandate”: the idea that people want heroism, good characters, and wonder in their stories. That superversion isn’t just something that a couple of us got together and decided to push down people’s throats. That superversion calls out to something inside the viewer/reader/player.

Bioware’s Mass Effect series is an interesting example. It’s definitely not immune to some of the culture’s SJW shenanigans (though not as badly hit as Dragon Age Inquisition was), and it gives you the option to play as a relatively morally bankrupt anti-hero. But apparently, two-thirds of the players for Mass Effect 3 chose to play as heroes. I’m sure some have gone back and played as anti-heroes; I certainly did. At least for a few hours, when I realized this wasn’t the way the Shepard I knew would act. 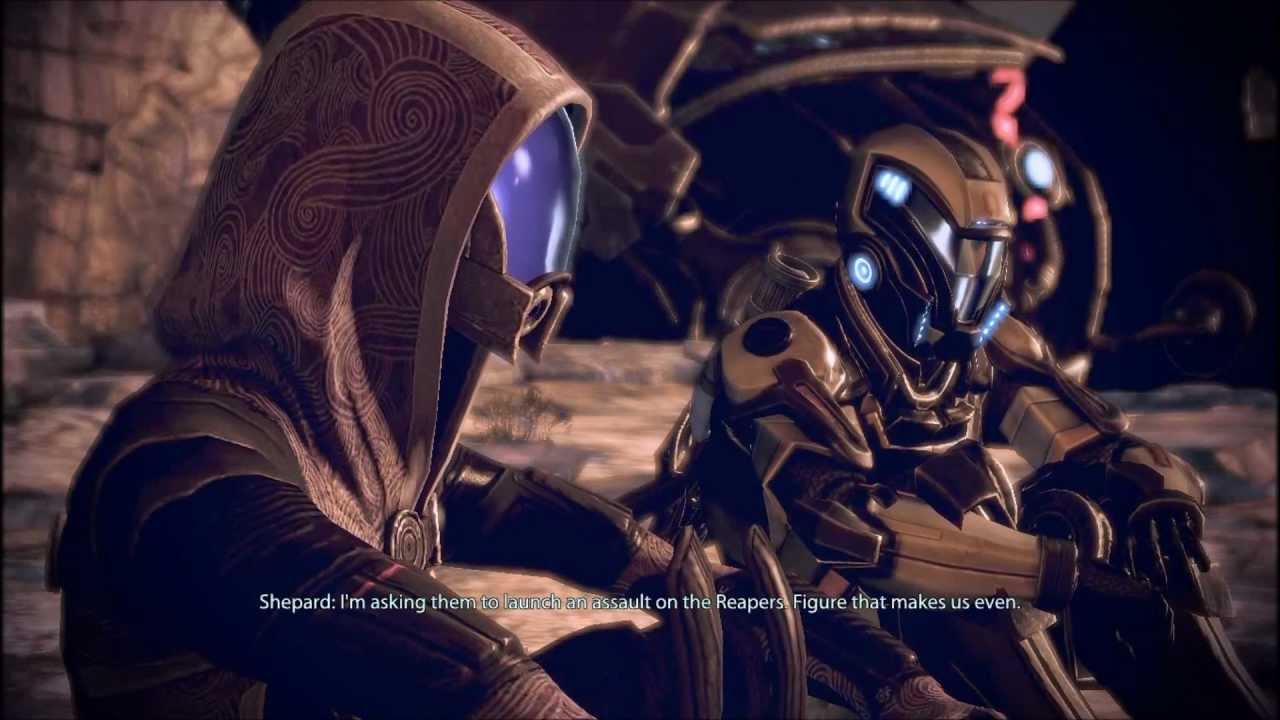 Mass Effect 3 is largely maligned for a poor ending, but at least initially, I had a largely different experience. One of the ongoing conflicts in the series is between the geth and the quarians. In times past, the geth were created and then poorly treated by the quarians. Conflict ensued, as it is wont to do.

In the third game, you are given the chance to choose who you side with, geth or quarian; if you’ve done the right things, you can broker a peace between the two of them and ensure the survival of both. I liked both, and I made sure I was able to broker that peace. Everything was happy– or at least, as happy as it can be when organic life is being wiped out horrible Lovecraftian robo-monsters.

Another feature of the game– one that was kind of iffy on how it was executed– were “war assets” that you accumulated over the course of the game. At the end of the game, those assets would determine the quality of the ending you saw. Someone early on had warned me that Shepard’s survival depended on having an absurdly high war asset score. I busted my butt trying to achieve that score, got it… and then found out that in order to protect both the geth and the quarians, you had to choose the ending path that Shepard couldn’t survive, war assets or no.

The way Bioware implemented the endings was hamfisted, but I got to experience a tiny little sacrifice to protect others: all my work to keep Shepard alive went down the drain as I sacrificed him to save both organic and inorganic life. It was a wonderful, bittersweet note. (And then I watched the other endings on youtube and saw the pallet swaps and was thoroughly annoyed.)

Video games tap into something that too many books and movies have forgotten how to tap. Or maybe they disdain the idea altogether; I’ve seen more than a few people complain about “bombastic space opera” elements in Mass Effect. Things like giant sweeping sets, the fate of the galaxy, heroism. All those things that the our “enlightened betters” tell us are trite and worn out. If memory serves, the “bombastic” comment was directed at a scene involving the corpse of one of those evil robo-gods in a decaying orbit around a brown dwarf; you leap from its husk and onto your ship at the last minute. A wonderful, wonderful scene, and anathema to all those literary types who want video games to be about trans-issues  and the evils of the male gaze.

Maybe it’s the relative “immaturity” of video games that’s largely saved us from that crap. Maybe it’s the fact that it’s a newer medium, and until recently, it’s been ignored by those folks. In depth stories weren’t really all that possible until twenty or twenty-five years or so ago; before that, we had to settle for “Your princess is in another castle!” But maybe, just maybe, it’s the fact that it gives us a chance to do something that we don’t have a chance to do in real life, and we appreciate that chance for heroism. I will never jump off the body of  robo-monster to avoid burning up in a brown dwarf. I will never liberate an isolated forest chapel from snake-women and stumble upon a 65 million year old secret that’s threatening to destroy the world.