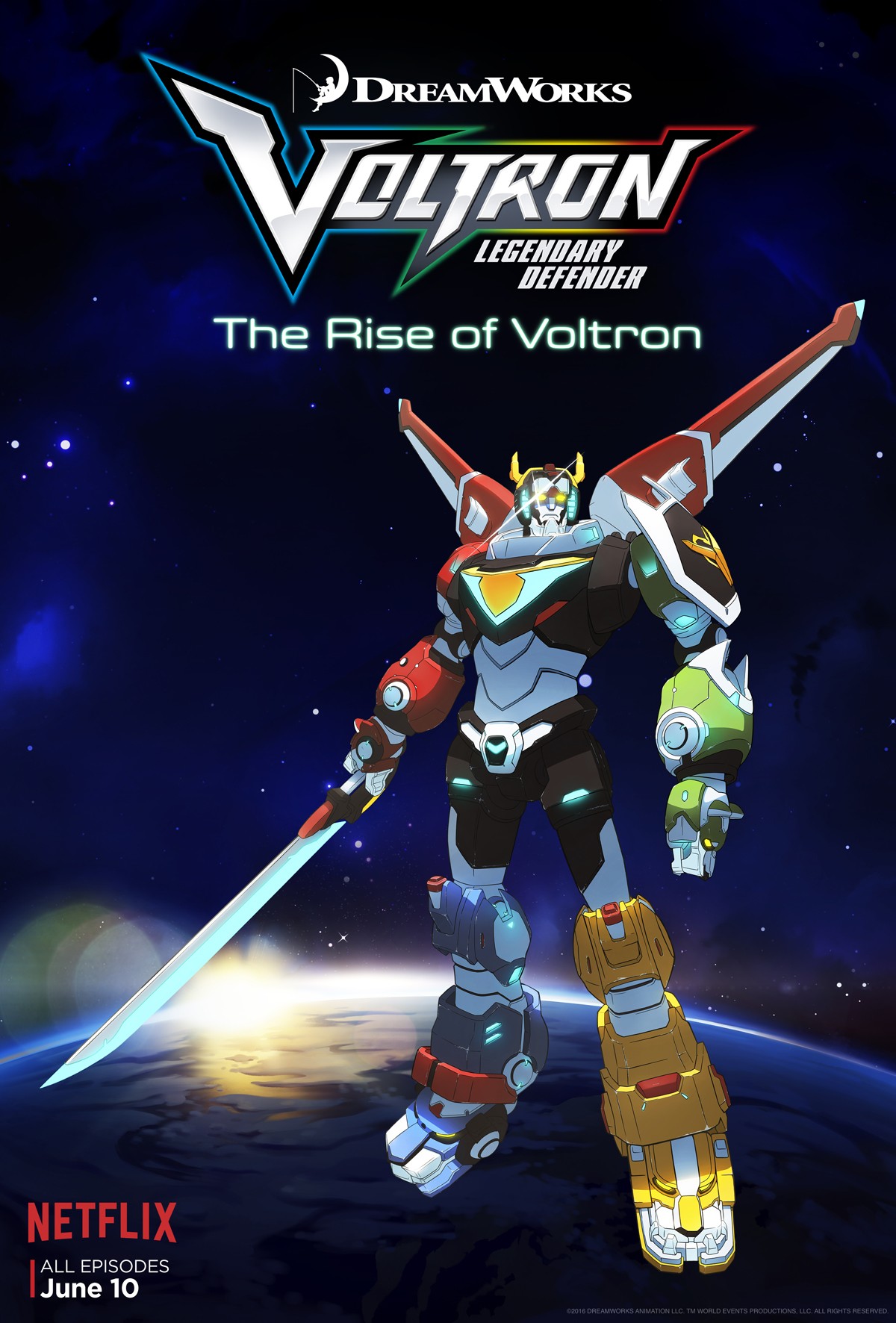 One of the wonderful things about cartoons is that they tend to be a low-risk investment when it comes to the time required for them. Most animated shows are only twenty minutes or so without commercials, and so if they turn out to be terrible, it’s not a huge waste of time.  I say all this because, even as a consummate child of the 1980s, I have no prior experience with the Voltron franchise. I’m not sure if my local TV stations didn’t carry it, or if some crazy 80s paranoia managed to get it banned from our TV, but I don’t ever recall seeing even commercials for it. As much as I like mecha shows, I think I mentioned that I lean more towards real robots over super robots and so without a prior experience to draw upon, I’ve never really felt the need to even attempt to watch a Voltron show before. There’s just something about space going lions that makes the tiny little hard scifi voice inside of me start shrieking.  But Netflix has had a pretty good run with their original shows so far, and I had twenty minutes or so to kill, so Voltron: Legendary Defenders fit the bill.

And so I promptly spent an hour watching it.

Voltron: Legendary Defenders follows five former members of Earth’s Galaxy Garrison: Shiro, Keith, Lance, Pidge, and Hunk. Shiro was a full fledged pilot for the garrison until he is kidnapped by the evil aliens; Keith a promising fighter pilot cadet who dropped out shortly after Shiro vanished to figure out what happened to him.  Lance, Pidge, and Hunk are active cadets who happen to witness an unidentified spacecraft crashing near their base one night. On investigating, they find Shiro inside, unconscious, and after running into Keith the manage to help Shiro escape from the government agents who want to interrogate him. 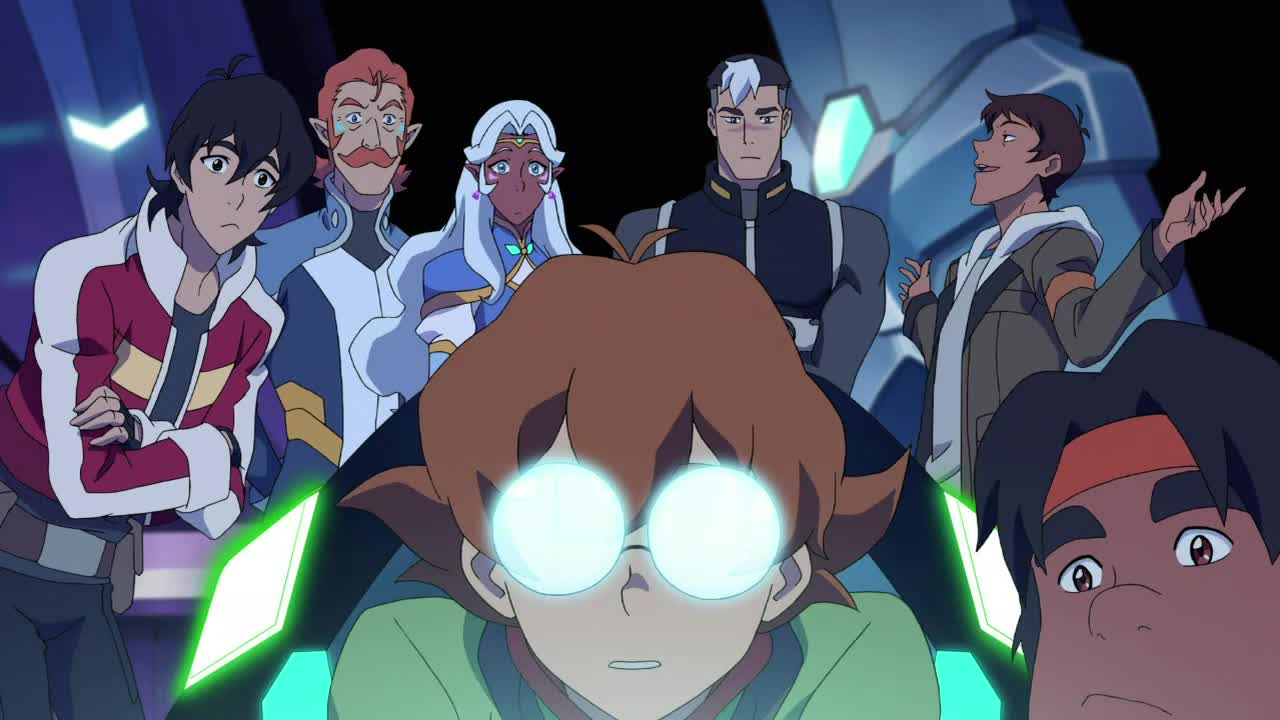 In investigating Shiro’s disappearance, Keith stumbled across some local references to lions who once defended the universe and something called “Voltron,” which happens to be a name that Pidge recognizes from monitoring ostensibly secret alien communications. The group decides to investigate a lead and discovers the first part of Voltron: a single huge lion robot. One thing leads to another, as things do, and the robot takes off for parts unknown, via wormhole, with all five aboard. On the other side of that wormhole is a primitive planet hosting a 10,000 year old fortress full of super-advanced technology, including cryo tubes holding two of the castle’s original inhabitants.

The castle is the last bastion of the Altean people, the creators of Voltron. 10,000 years ago, they suffered total defeat at the hands of the Galra Empire (Shiro’s captors) and scattered Voltron’s constituent lions to various parts of the universe in order to keep it from falling to Galra’s hands. But now Voltron has chosen five new paladins to fight Galra, and it’s up to them to defend innocents from Galra’s oppressive reign. 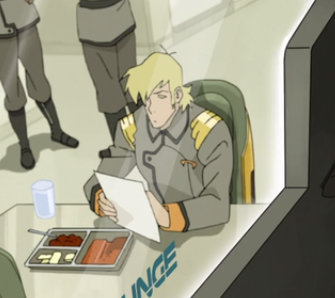 There’s a lot to like in Voltron: Legendary Defenders. To start with, the pedigree is impressive: it claims Avatar: The Last Airbender alumni as producers, and it shows. The characters aren’t quite as memorable as Avatar‘s, and the humor’s not quite as funny, but to be honest, Avatar didn’t move from good to brilliant until its second season. And saying that the characters and humor don’t stand up to Avatar still leaves a really big area labeled “really good” for things to fall into, which Voltron does. And I was laughing out loud during the first episode; it’s just that, y’know. Big shoes to fill.

Avatar‘s subtle anime influences are on display in Voltron as well: Macross/Robotech‘s Roy Fokker makes a cameo in the first episode, and you have no idea how much that pleased me. I had to drag my wife in to see it, even knowing that she would be….  unenthused. (She was, but she was happy for me.) The backgrounds frequently have a sort HD 1980s look to them; if you think back to the amount of deserts and barren wastelands that people fought in back in the 80s, and then look at Voltron’s deserts and plains, you’ll see what I mean. 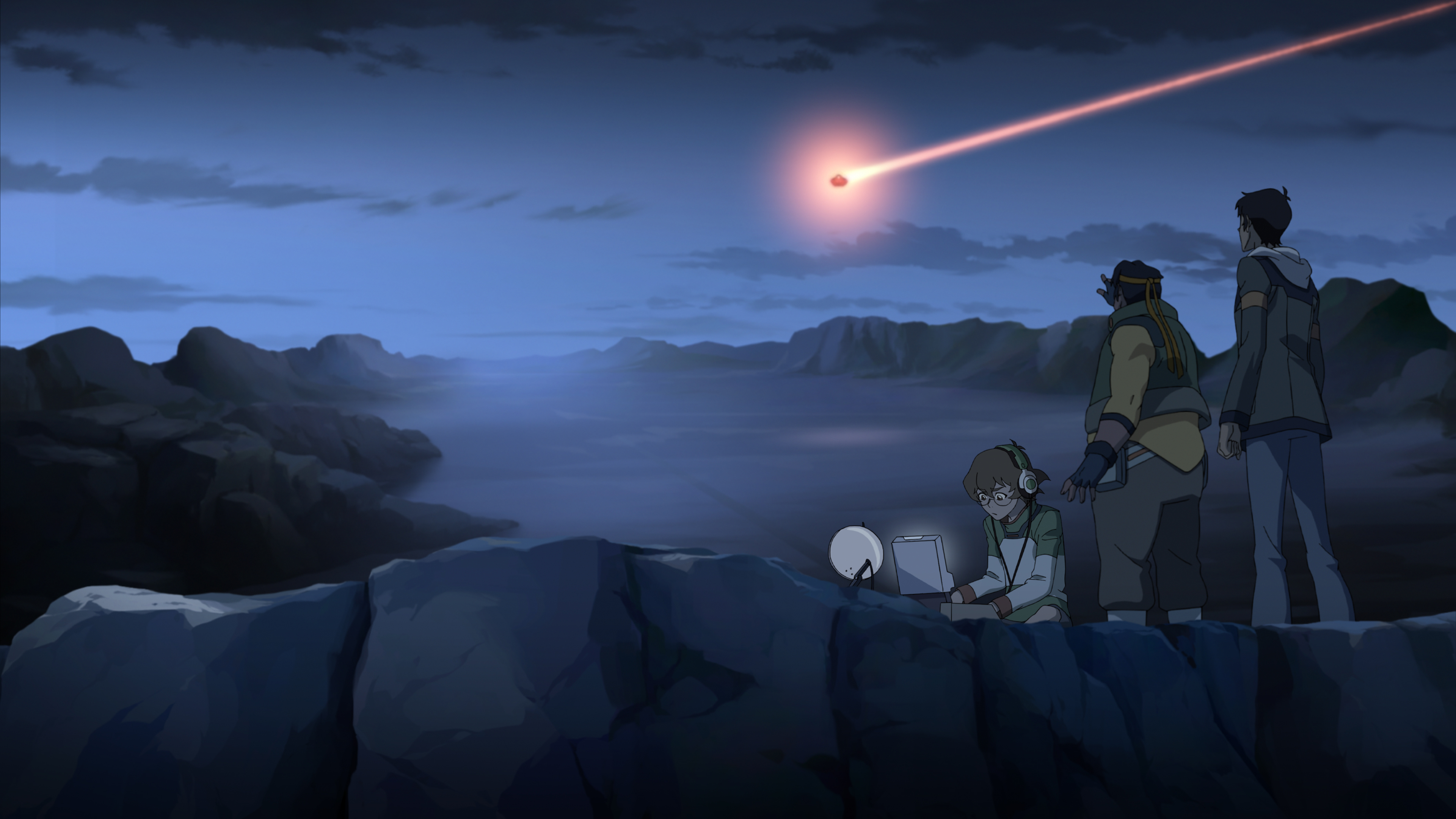 As far as the Voltron itself goes: I’m still on the fence. Most of the mech combat in the show doesn’t do much for me, but, to be honest, after having watch the whole season, I’m wondering if that’s intentional. Voltron’s paladins are new, and don’t really understand it or have much skill with it, and just how unskilled they are is made abundantly clear in the season finale. So abundantly clear that I had to rethink a couple of my beefs with the show, namely the feeling that the mech combat was bland and the fact that the Voltron certainly doesn’t seem like the most powerful weapon in the universe, no matter what they say. At least, until that final episode. I’m trying to avoid spoiling it, but there’s definitely the suggestion that our heroes are measuring up to the former paladins the way a 90-year old grandma in a ten year old Buick measures up to a race car driver. 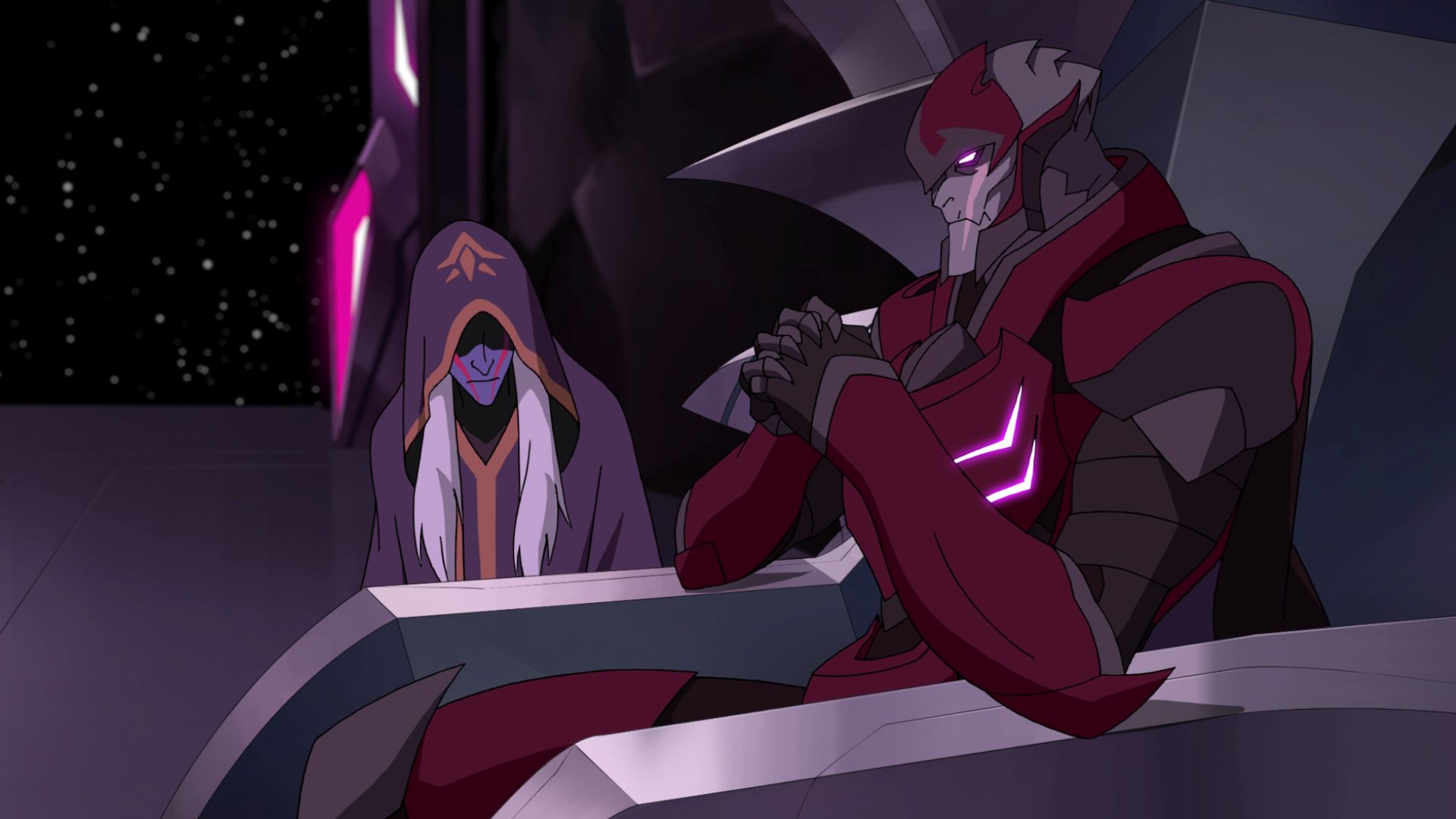 Pleasingly, though– at least for me, as I’m not in love with the Voltron and its lions– the Voltron itself doesn’t actually pop in every episode the way I’m assuming it did back in the 80s.  Voltron’s paladins do quite a bit of fighting on foot, and are armed with weapons called “bayards” that take a different form for each paladin. I actually really enjoyed the fact that not every problem is solved by punching a lion-shaped fist into it.

One thing that I’m really not sure about is kind of a large character spoiler, and so I’m going to be circumspect about it here and say that on one hand, I’d assume it’s fairly innocent and a trope that’s been used in anime (and other places) quite a bit, particular in the 1980s and before, but on the other hand, in this day and age, might very well turn out to be another progressive political agenda creeping into things. But we’ll leave that here for now and yak about it in the comments if you want. All in all, I heartily enjoyed the show, and I’m really hoping Netflix says yes to season 2.