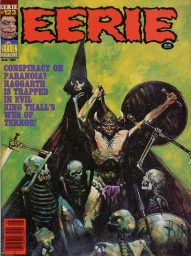 Manuel Sanjulian (b. 1941) is the most successful artist of the Spanish invasion of the 1970s. His first American work was for Creepy #42 (November 1971). From December 1972 to April 1974, he produced all the covers for Creepy except two montage covers for July and August 1973. Ken Kelly then produced most covers through November 1975. Sanjulian returned in 1976 for four covers. He had a couple of covers after that.

Sanjulians’ first cover for Eerie was for #40, June 1972. The covers for Eerie in the middle 1970s rotated between Sanjulian, Enrich, and Ken Kelly. The cover for Eerie #41 was reused for a reprint one shot, Ring of the Warlords, which capitalized on 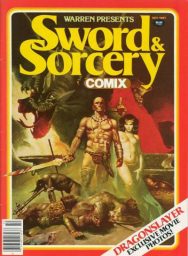 the animated Lord of the Rings movie in 1978. Sword & Sorcery Comix was another reprint one shot from October 1981. Heavy Metal had just come out and there was building anticipation for the Conan movie. That cover was previously used for Frank S. Robinson’s Children of the Dragon (Avon, 1978). 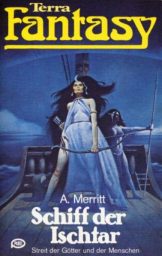 His first paperback cover in the U.S. was for Edgar Rice Burroughs’ The Lad and the Lion in 1974. He had six covers for German publications including a reprint for A. Merritt’s The Ship of Ishtar (1977). 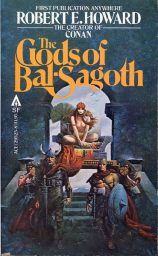 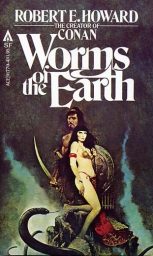 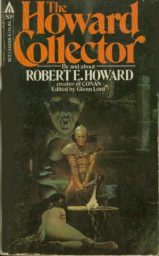 His association with historical fiction started in 1977 when he produced covers for reissues of Frank Yerby novels including The Saracen Blade.

Sanjulian became associated with the sword and sorcery boom of the late 1970s making the move to Ace Books. He did covers for two of Andrew Offutt’s Conan pastiches. He also did covers for four Robert E. Howard collections: Worms of the Earth, Tigers of the Sea, The Gods of Bal-Sagoth, and The Howard Collector. They were effective covers if somewhat static in some of them. The cover to The Howard Collector is moody and dynamic at the same time.

Manuel Sanjulian was able to survive the 1980 barrier that some many artists failed to cross. He did some covers for Tanith Lee novels at D.A.W. books. He did the paperback covers for two of Jack Vance’s “Lyonesse” novels. 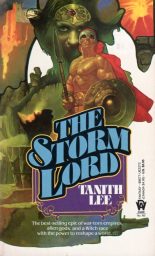 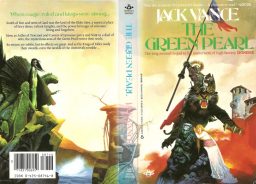 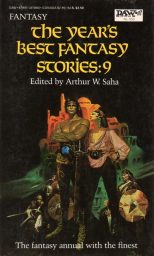 He produced covers for many historical novels in the 1980s. He had the cover for Umberto Eco’s The Name of the Rose (1984) and Robert Silverberg’s Lord of Darkness (1984). I can remember him doing the inside of the cover for Nicholas Guild’s The Assyrian in the late 1980s. Many of these covers have static poses.

He had no trouble finding work in the 1990s. Friedlander Publishing Group did a set of cards of his paintings. He did a cheesy cover for the Del Rey reprints of the Tarzan novels in the late 1990s.

His work for book covers petered out after 1999. There was a book of his art in 2001. That does not mean he has not been producing. 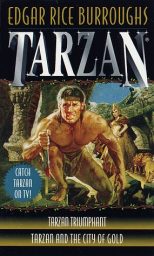 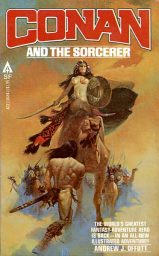 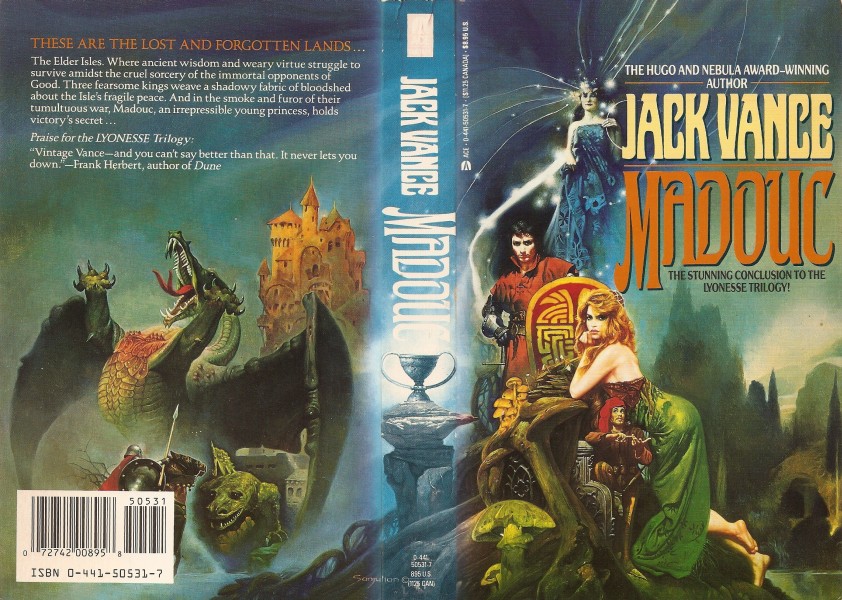 Sword’s Edge: Paintings Inspired by the Worlds of Robert E. Howard was released in 2010 from Underwood Books. If you search Sanjulian +Conan on the internet, there are many paintings. I would say that there is a chance that Sanjulian has produced more Conan paintings than Ken Kelly.

Most recently, Sanjulian has produced art for Modiphius’ Conan: Adventures in an Age Undreamed of.

So, Manual Sanjulian has a long history of sword and sorcery art. 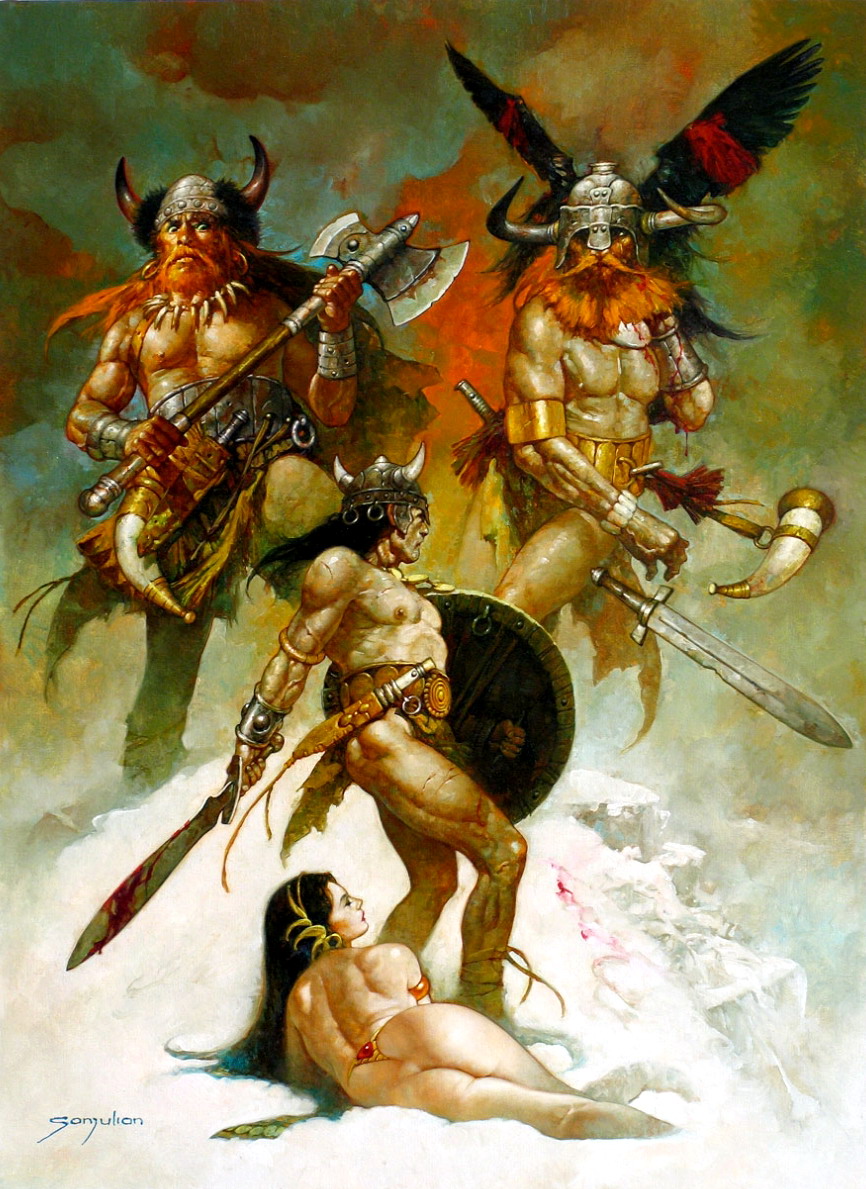