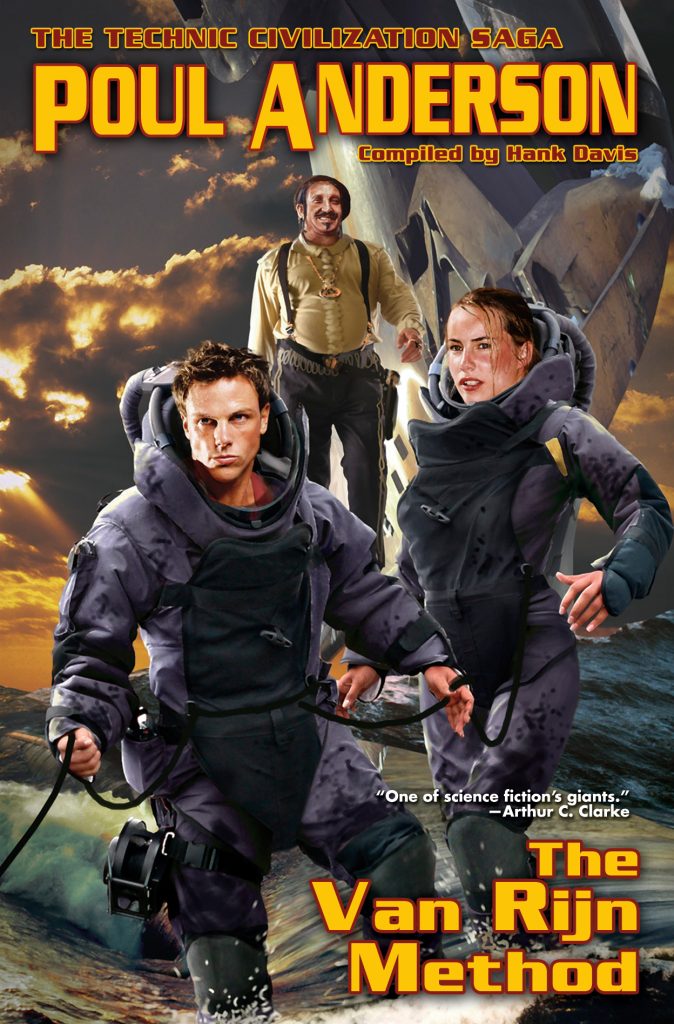 “After three years we were weary and had suffered losses. Oh, the wonder wasn’t gone. How could it ever go–from world after world after world? But we had seen so many, and of those we had walked on, some were beautiful and some were terrible and most were both (even as Earth is) and none were alike and all were mysterious. They blurred together in our minds.”

The Technic History is Poul Anderson’s best-known setting, spinning a tale of the rise and fall of empire across time and space Easily the equal of Asimov’s Robots-Empire-Foundation history, the Technic History is filled with notable characters such as the malapropist merchant prince Nicholas Van Rijn, his protégé David Falkayn, and the dashing intelligence agent Dominic Flandry. But where Asimov ruthlessly probes the failures of robotics and psychohistory, Anderson provides puzzles, adventures, and a more human understanding of motivations. Even in the alien minds that Anderson’s characters must strive against. For there are minds that think as thoroughly as man’s, even if they think differently, and understanding is only possible for those who observe and ponder.

“Wings of Victory” shows such an example, offering the first contact between humanity and the Ythrians, an avian species who would in turns rival and cooperate with the spreading human empire, as Van Rijn and Falkayn will come to know intimately. But that is several centuries in the future. At this point, humanity has undertaken a Grand Survey of space, and one scout ship has discovered intelligent life 300 light years away from Earth. A small team of three is sent to the planet to discover as many clues about the alien race as possible before making contact.

Don’t expect to see the sanitary and patronizing Prime Directive here. Rather, Anderson acknowledges the dangers that come from the initial encounter between two cultures who share nothing but the ground they both currently occupy. Where even the best intentions may realize a bloody failure, and the subtlest of clues may bring peace. If anyone is paying attention, that is.

Layered on top of this first contact story is the familiar clash between leadership and authority. Aram Turekian is the natural leader with street-sense. Vaughn Webner is the man in charge with bookish learning and a fragile sense of his own station. Add the stress brought about by the presence of Yukiko Sachansky, the ship’s beauty, and the survey team might be too preoccupied to notice the predatory avians hunting them.

The story is simple, following the familiar steps as the proud and bookish Webner jeopardizes the survey team through one blunder after another, sparking the Ythrians’ wrath. Turekian’s quick and cool thinking allows the team to evacuate, but only after Yukiko calms the clash between egos. The team escapes, and presents themselves a second time to the Ythrians, to far greater success. It’s a simple story, to be sure, as the text is crowd with exposition about the Ythrians. Rather than a story about exploration, “Wings of Victory” is an excuse to reveal more about the classic avian race that plays such an important role in the Technic History. The strife in the survey team is just a vehicle to get the audience to care about the exposition.

And it succeeds, somewhat. “Wings of Victory” was written in 1972, before the fascination and later frustration with the infodump overwhelmed science fiction. As a result, there is too much exposition interrupting the story for current fashions. It is also a side dish to the main course of Van Rijn, Falkayn, and Flandry. As a result, those looking to read the Technic History should proceed straight to Van Rijn’s stories and come back o this prequel afterwards, to better appreciate both the Technic History and “Wings of Victory”.