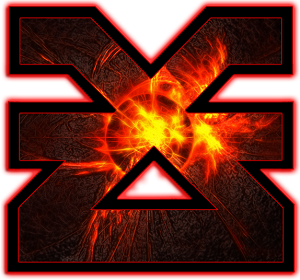 When browsing through SFFaudio.com’s excellent collection of public domain works, I discovered two important aspects to Weird Tales that I had previously glossed over. First, the magazines featured a startling amount of poetry compared to these more prose-bound days. Second, much of it was written by women, and a significant fraction more than the pulp prose works. As poetry slowly vanished from popular literature, many of these women fantasists disappeared from the collective memory of readers and fandom.

I was drawn to “Teotihuacan” by Alice I’Anson (pronounced “ianson”) by the subject material. Weird Tales loved the exotic but gravitated towards chinoiserie, no doubt influenced by E. Hoffmann Price and other Asiatic scholars writing for and editing the Unique Magazine. Finding a poet fascinated by the Aztecs, and writing in the shadow of their pyramids, ran counter to the normal trend.

Deep is the womb of Time in which I see
The drama of a dead Idolatry!–
I hear old voices chanting now in me
–The mystic Song of Teotihuacan

The poem, written in stanzas of three rhyming lines and refrain of “the song of Teotihuacan“ focuses on the human sacrifices conducted in the Aztec capital. The poet revels in the barbarism of such an act and song of Teotihuacan has an almost ecstatic cultic glee in its description of the acts. Blood for the Blood God, indeed. But the barbarism and imagery drew R. E. Howard’s appreciation. To me, it’s more an acquired taste, but I also find most written poetry flat compared to the same poem performed out loud. The air of dread and melancholy that lingers in the best of Weird Tales’ fantasies is present, even in still text.

“Teotihuacan” was the first of Alice I’Anson’s poems to appear in Weird Tales. She would pass away within a year, but not before writing five more, many of which were published posthumously, including “Shadows of Chapultepec”.
Tags:Weird Tales