The Americana of Clifford Simak

Certain writers evoke a time and place in an especially vivid manner.  To the point that a reader gains a genuine sense of familiarity with a setting completely alien to his own experience.  Its sights, sounds, and way of life.  One might imagine this is the province of serious dramas, but I have come across it at least as often in genre works. 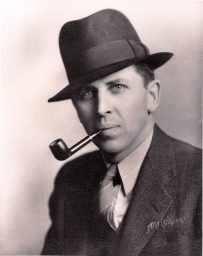 Conan Doyle’s Sherlock Holmes stories instantly spring to mind.  I challenge anyone to find a single work of British literature from that time period which convey the sensations and deep description of late Victorian-era England and London the way those tales do.  One gains a sense of what it was like to live at the seat of the British Empire at its zenith.

Similarly, I have found nothing describing rural Americana of the 40s and 50s as powerfully as the short stories and novels of Clifford Simak.  And related to this, campus university life around that period. 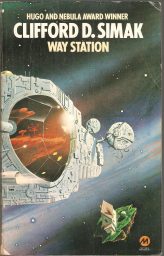 general is an interesting, worthwhile writer.  Massively popular from the 1950s through the 70s, when he won a slew of awards (including three Hugos back when they meant something), honors, and had a reputation comparable to any other great, he is significantly less read today.  This is both understandable and unjust.  While there were writers during that period I consider better, Simak was nevertheless a very good, creative author superior to some of the writers of his era who are still widely read and revered to this day.  (Ursula Le Guin, anyone?)

The countryside was a common setting for Simak stories, being utilized far more than spaceships or foreign planets. In a way, it makes sense.  Immortal beings, sentient alien horticulture, gateways to other dimensions, frightening telepaths, and many other oddities would be far more likely to camp out in a sparsely populated area than they would a suburb or city in order to avoid detection.

But it’s no mere window dressing.  Frequently, 1950’s farm country is a vital element of the story, interacting with the characters and events. And Simak lavishes as much attention on making sure he gets the environment exactly right as he does on the science fiction parts.  Consider the opening line in Over the River and Through the Woods

The two children came trudging down the lane in applecanning time, when the first goldenrods were blooming and the wild asters large in bud.

Or a character’s observation in The Way Station

You’d have to know the country and the people in it. The southwestern corner of Wisconsin is bounded by two rivers, the Mississippi on the west, the Wisconsin on the north. Away from the rivers there is flat, broad prairie land, rich land, with prosperous farms and towns. But the land that runs down to the river is rough and rugged; high hills and bluffs and deep ravines and cliffs, and there are certain areas forming bays or pockets that are isolated. They are served by inadequate roads and the small, rough farms are inhabited by a people who are closer, perhaps, to the pioneer days of a hundred years ago than they are to the twentieth century. They have cars, of course, and radios, and someday soon, perhaps, even television. But in spirit they are conservative and clannish-not all the people, of course, not even many of them, but these little isolated neighborhoods.

And this, from All Flesh is Grass

It was a quiet and peaceful morning. Over in the west some heat lightning was skipping about the dark horizon. There was that freshness in the air that you never get except on a summer morning before the sun gets up and the beat closes down on you. To my right, over in the village, the street lights were still burning, hanging still and bright, unstirred by any breeze. It was too nice a morning, I thought, for anything to happen.

One can come up with a dozen more and still barely scratch the surface. Of course, excerpts can’t do Simak’s loving, complete description, developed over many pages, justice.  While I was born many decades later and have never lived in the American country, his stories have still evoked a fondness in me for agrarian Americana then.  His is not a sneering or even clinical perspective, but a deeply appreciative, admiring one.  Simak does not present the environment as a paradise, but he certainly liked it.

I particularly found this effect powerful in reading his short story collection The Worlds of Clifford Simak.  It’s a fine collection that serves as a good way to acquaint oneself with the flavor of Simak’s writing.  The tales set outside of rural Americana are good, too!  (In fact, my favorite in the whole collection is just such a story, Lulu) 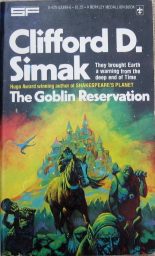 Simak’s power of conveying a setting was not limited to only that one.  Reading Goblin Reservation a year after finishing undergrad brought on a wave of nostalgia for campus life.  It follows a professor at the College of Supernatural Phenomena, teaming up with a woman from the Time College, near a crazy forest filled with goblins and banshees, in the wildly exotic location of…Wisconsin.  And it makes campus life seem simultaneously cozy, thrilling, and meaningful.  Three adjectives I didn’t always feel myself as a college student!

Some say that JK Rowling evokes a warmth and love for boarding-schools and dorm life in general.  I don’t know.  I’ve never read Harry Potter.  But for my money, Simak is outstanding in this regard.

I have presented the strong impressions Clifford Simak left on me, but now I ask the readers: what pulp, science fiction, and fantasy authors have similarly left an indelible mark upon you?