The Appeal of the Science Fiction Exploitation Movie 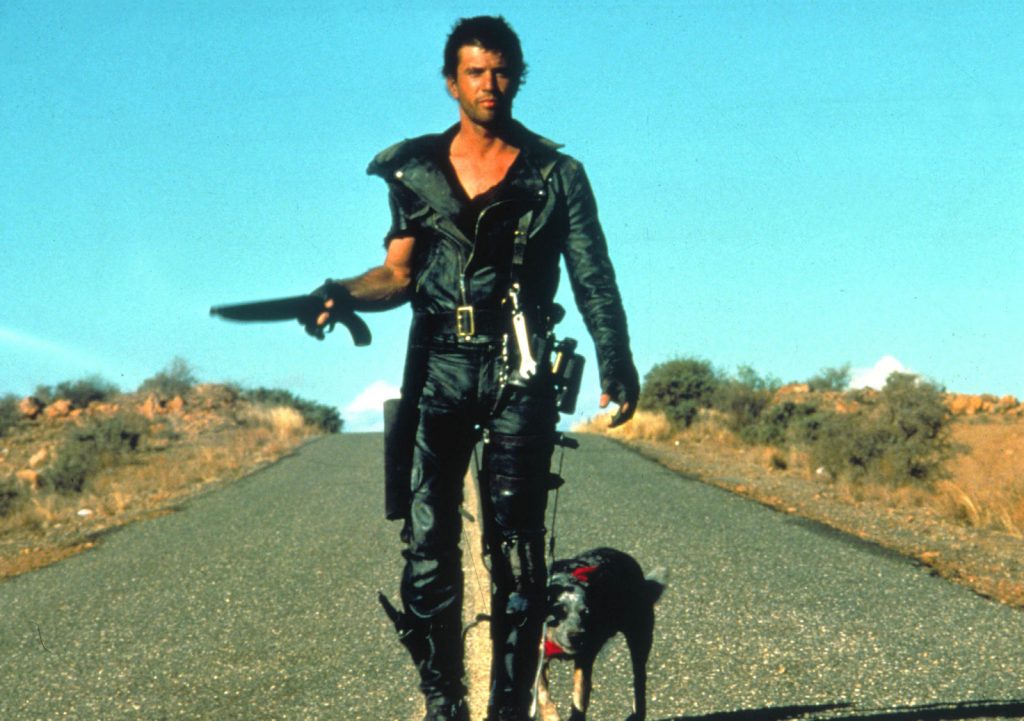 In a previous post, I mentioned why it’s so difficult to make good science fiction movies and why they’re rarer than studios not currently embroiled in a sex scandal.  However, there is a more effective approach which can significantly boost one’s chances of making a worthwhile and successful film in this genre.  Unsurprisingly, this is the exact opposite of what Hollywood is doing today.

I am talking about the science fiction exploitation movie.  In many ways, one can consider them the movie analogs of the pulp novel.  Free of pretension, they’re all about action and adventure.  They’re concerned with bizarre characters and scenarios, not with moralistic lessons or fancy-sounding mumbo-jumbo written by scientific illiterates who couldn’t solve a basic incline plane statics problem.  Some might deem them simple, but with movies, that’s a relative term.  Thematically, most science fiction classics are straightforward, whether it’s The Fifth Element or Blade Runner.

There is one exploitation movie most readers have seen, and it’s one they might not immediately consider as such.  Namely Mad Max and its sequel, The Road Warrior.

These two movies are violent, action-packed, and earthy, already a departure from most staid, glossy, bloodless science fiction films made since.  Note too how iconic the post-apocalyptic the world it creates is, endless parodied and copied in the decades since.  It’s filled with dirt and disorder, as opposed to the perfect cleanliness and order of big budget science fiction movies.  While the storylines are simple enough, there is tremendous imagination in the look of the mohawk-wearing punks, the reliance on gasoline in the future, and the many weird, amusing characters.  The film even features several funny moments, a vital ingredient in science fiction that is rejected by newer, more “serious” attempts.

The combination of the action, imaginative world, and iconic characters creates a successful, enduring classic.  Ask yourself if a recent science fiction movie has featured anything as cool or as memorable as the short introduction of Lord Humongous at the beginning of this clip? And it’s simply a minor scene, not even featuring the main character!

You thought I was kidding about the gimp suit, huh?

An exploitation movie, by focusing on pure entertainment, need not even have an imaginative world OR particularly iconic characters to have a measure of success.  While nowhere near as good as Mad Max, Death Race 2000 (1975) is a perfectly entertaining flick.  For those unfamiliar with the cult classic, it’s about a futuristic cross-country race whose rules are never made exactly clear, except that killing opponents and random pedestrians is a mark in one’s favor.  It’s nothing more than an excuse to feature oddball racers (including David Carradine in a black leather gimp suit as “Frankenstein”, apparently not such a departure from his real life, as we would later learn) shooting and throwing bombs at one another and pedestrians.  Despite the many imitators and an entire genre of racing games it spawned, the original still stands up well to this day.  Since it’s fast-paced, focuses on action, and is humorous and tongue-in-cheek, any deficiencies in its story or plot become less relevant, as it’s not what the movie is striving for. 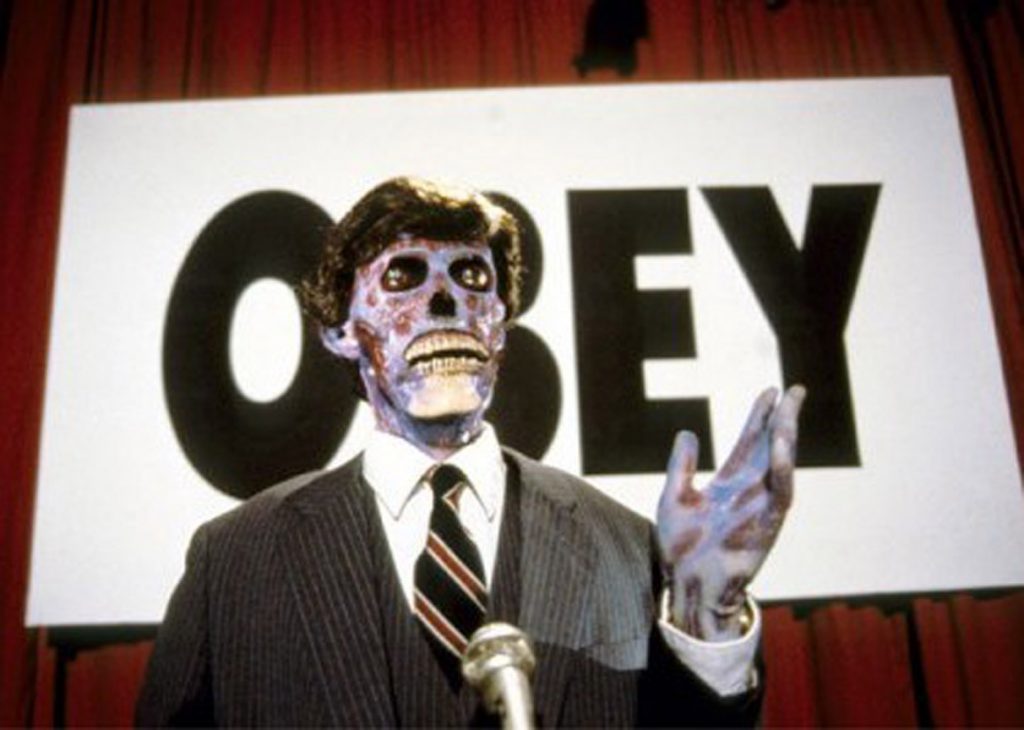 An accurate depiction of most politicians, only far less monstrous.

Lastly, let’s look at a higher-budgeted, more modern science fiction exploitation movie, They Live (1988). It was a major studio release headed by one of the biggest directors in the world then, John Carpenter.  And yet, it’s still an exploitation movie at its core.  There are a pair of weird sunglasses that allows “Rowdy” Roddy Piper to see that certain humans are really horrifyingly ugly aliens.  Where the hell did these sunglasses comes from?  Where the hell did these aliens come from?  What is their goal?  Why didn’t they conquer the Earth by more conventional means?  Who knows?!  More importantly, who cares?!  Again, the focus is on the action, weird characters, and memorable scenes and situations.  And it too, despite the often gritty vibe, has many moments of the humor, including the very last image of the movie.

This is not to say that all science fiction exploitation movies are good or even entertaining.  But the chances of making another Mad Max, Death Race 2000, or They Live is much higher than that of another Planet of the Apes (1968) or Blade Runner.

Thus, for those disappointed by modern science fiction movies, I encourage one to check out some of the older exploitation films.