The Atomic Age Narrative: The History of a Subculture 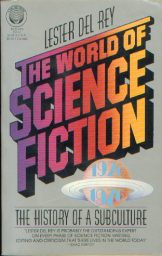 For the past few weeks, I have highlighted opinions masquerading as criticism that are at best highly suspect from the view of 2017.

One history of science fiction and fantastic fiction in general that is a joy to read is Lester del Rey’s The World of Science Fiction (Del Rey, 1979).

Lester del Rey (born Leonard Knapp, 1915-1993) was part of the Campbellian stable of writers from 1938 to about 1950. Del Rey is different from what you think of Campbellian fiction. The science was not exactly hard. The stories often had an emotional aspect missing from science fiction of this period.

I had read one of del Rey’s juvenile’s, Tunnel Through Time, a Scholastic Book Service book back in fourth or fifth grade. In the summer of 1983, I was reading just about anything I could get my hands on from our small (but rather good) library in North East, PA. I was branching out from Lovecraft and Howard and venturing into classic science fiction. The library had The Best of Fritz Leiber, The Best of Henry Kuttner, and The Early del Rey. 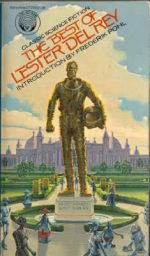 The World of Science Fiction: 1926-1976 The History of a Subculture was published in November 1979. Interesting that the book came out almost at the perceived dividing line of 1980.

Dely Rey covers science fiction in six sections starting with The Odyssey and Lucian of Samosata up to Star Wars.

I had forgotten how good a history of science fiction this book is. Del Rey has a commonsense attitude to things backed up with sales numbers.

He prefers strong plot over style. There is no contempt for any period of fiction. The only movement he does not like is the British “New Wave” movement of the 1960s viewing it as a over artistic failure.

He takes John W. Campbell to the woodshed for his psi mania of the early 1950s. He makes the case that the science fiction magazine “ghetto” was critical for the genre.

“The most important aspect of the first period the science fiction was the rapidity of its evolution…This rapid evolution could not have occurred without the appearance of the specialized magazines. To those who bewail the past ‘ghettoization’ of science fiction, I suggest that the present general acceptance of the literature would have been impossible without such a past.”

He has a rejoinder to Damon Knight and James Blish:

“ ‘Art’ was also becoming a matter of concern among some of the writers–but they were interested in what they conceived as the art of science fiction writing. They were apparently ashamed of the old pulp tradition of the field and wanted science fiction to be treated as a serious art form. Most of the early advocates of this avowed art were not among the highly successful writers, though Damon Knight and James Blish were leaders in the movement. Perhaps the reason for this concern with art among many of the less successful writers lies in the fact that more far more writers can handle style well than can plot skillfully–and editors tend to favor good plots. Somehow, style is usually believed to be akin to art, while plotting is considered only a mechanical skill. And, naturally, every man considers his own product to be the right and proper one. The topic led to many long and serious discussions.” 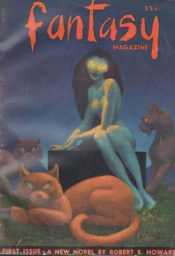 “This is a type of story which really has no honest fantasy element at all. It depends on something fantastic being or happening–something that is clearly out of the ordinary, but does not involve magic or the supernatural. . . Often these stories are much admired by editors who don’t like real fantasy, and too frequently they are ‘too beautiful to print.’ They also tend to contain ‘wonderful’ philosophical bits, usually banal.”

“Did that mean fantasy sold? No, indeed. Booksellers solved that by making a new ruling: Fantasy didn’t sell; Tolkien sold.”

He had hard but accurate words about the Ballantine Adult Fantasy line:

“It seemed a good idea. By publishing such works, there could be no question about the quality of the line. But it did not quite work. The most ardent fantasy lovers admired the books–but too often already had copies. Many others found the style too often unnatural in its affectations, or the stories old-fashioned. Again, I suspect that the covers were not right; many were beautiful–as art–but they didn’t reflect the nature of the books. The sales were meager, on the average, and the line was abandoned.”

Lester del Rey included economic factors though out this book which helps to explains failures and successes. He gives a good overview of fiction from 1926 to the early 1970s.

There is no finger wagging at pulp era fiction whether from the scientific romance, gadget story of the late 1920s, 1930s space opera, H. P. Lovecraft, Robert E. Howard, and Weird Tales. Del Rey takes a very tolerant attitude and embraces diverse forms of science fiction and fantasy. His one criterion is competent execution of the story. Del Rey did not like academics telling them to “keep out of my ghetto.”

Lester knew what he was doing. Del Rey’s fantasy line dominated in the late 1970s through the 1980s.

This is a really-good book if you know little of the history of science fiction before 1980 and want to learn more. I also recommend James Gunn’s Alternate Worlds. 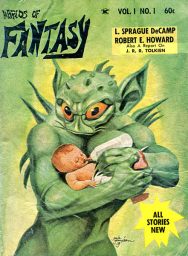