The Avenger and Awaken Online: Ember 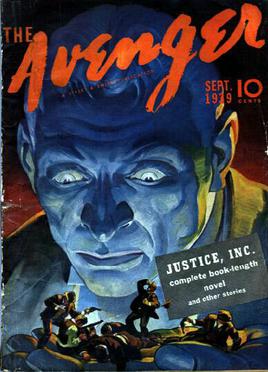 “In the roaring heart of the crucible, steel is made. In the raging flame of tragedy, men are forged into something more than human.

Some men are, like Doc Savage, raised from birth to fight crime. Others, like the Shadow, just want to watch the underworld burn. Benson, however, was made at the very moment when his wife and daughter vanished mid-flight from the seats next to his. Everyone thinks Benson is insane, with a brain flu that tells him he has family not his own. But cracks form in that gaslighting when a cabbie tells Benson that he remembers Benson together with his family. Suddenly, Benson, now a man of steel and gray, leaps into action.

During his treatment in the sanitorium, Benson’s face was paralyzed and his complexion reduced to a ghostly pallor. Clad in gray, he looks more like a gun waiting to fire than a man. And his first taste of vengeance is three toughs trying to silence his investigations. Benson subdues the men for the police, who release the criminals hours later. But the encounter was worthwhile, for it leads him to Fergus MacMurdie, who wants to help Benson.

MacMurdie has a special hate for mobsters, who killed his family in an insurance-racket bombing. MacMurdie recognizes a kindred spirit, and, even better for Benson, he knows that more people have vanished during similar routine flights on the same flight path. The two men decide to work together to investigate. There’s just one rule:

Their first investigation reveals the plane and the trapdoor used to get Benson’s wife and daughter off the plane. But the mechanics capture Benson. Thanks to a disguise, the crooks think Benson is a detective, and not himself. Benson escapes after they attempt to murder him. He discovers another scheme by the same gang against a millionaire. The rich man is disappeared, but not before Benson picks up another ally: Smitty, an MIT engineer fallen on hard times. With that, the core for what will become Justice, Inc. is assembled.

Benson and companions finally trace the operation to an island in the Great Lakes in a bit of a running rollercoaster of action sequences. While there, they break up the gang, rescue the millionaire, and discover the motive and method for the sky disappearances. But Benson’s family is nowhere to be found. Fueled by the faintest of hopes and a burning desire to stamp out the kinds of men who robbed him of his family, Benson sets up shop with his companions in New York and becomes–

The Avenger succeeds at being the third of a power trio of heroes where The Whisperer failed in that, while both are inspired by Doc and The Shadow, The Avenger is not copying either the way the Whisperer did. The personal stakes are also higher and relatable in The Avenger, and, while Benson does take a few lumps in the course of learning his new trade, he isn’t getting jobbed out to every henchman, so he stays strong in the readers’ eyes, unlike Wildcat Gordon. And, those few lumps Benson gets, he immediately gets payback for, as well.

The difference comes down to relatability, and what fosters it. The Avenger shows that common experience, that of the sorrow of losing a loved one, matters more than looking like the audience, the way The Whisperer’s Wildcat Gordon and his folksiness attempted to.

The Avenger was born out of a need to fill the demand for more Doc Savage and Shadow stories. Try as Dent and Gibson might, two stories a month was about the limit of the production pipeline. So a third hero pulp was created, with significant input from Dent and Gibson. The two-fisted action and the aversion to murder are straight from Doc Savage, while the imposing visage and penchant for misdirection and disguise are from the Shadow. But it’s pulp veteran Paul Ernst that makes Benson’s quest for his family a real page-turner.

Successful in weird fiction, detective fiction, science fiction and more, Ernst concentrates on telling a compelling story without feeling the need to copy Dent or Gibson’s word choice and style. The familiar tag waving of Dent and Gibson’s refrain of…The Shadow! aren’t here. As such, The Avenger is a solid introduction to the hero pulps, especially for those current-day readers unused to the thcker styles of the Man of Bronze or the Knight of Darkness. 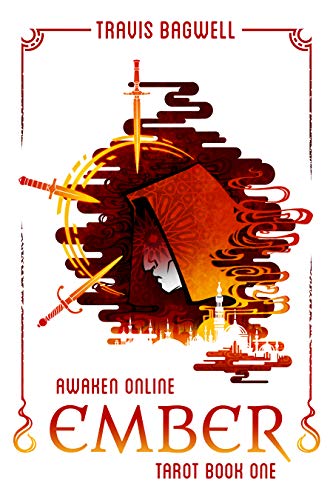 Ever since his wife died in an accident, elder programmer Finn Harris has been a sullen hermit. But when his daughter browbeats him into trying the new Awaken Online game, he finds himself in a new world, with new challenges, and the favor of an elemental god. What started as a simple quest to get his online passwords back from his well-meaning but mischievous daughter turned into a quest to win a brutal mages’ tournament and a kingdom. For Finn’s connection to Awaken Online runs deeper that he knows, and the elemental god’s quest reward is something he cannot ignore—the return of his wife.

Awaken Online: Ember, by Travis Bagwell, is the first in a side series to Awaken Online, a futuristic litRPG power fantasy that delves into the reasons why people pursue power. While the main series concerns itself more with evil—true evil, not edgy heroes in black or mustache twirling villains—Ember instead examines curiosity, challenge, and obsession. This is a relief, as the main AO series is a little too good at giving agency to evil. Finn is driven by the need to tinker with and improve upon puzzles, and his puzzle is the linguistic key to Awaken Online’s magic system. And he needs to master it quickly, as he has been thrown into a meatgrinder of an Arena PvP tournament.

Finn is yet another retiree in a recent line of older, more mature, and more experienced litRPG and progression fantasy protagonists. Much of progression fantasy deals with min/maxing a set of existing rules into overwhelming advantages instead of relying on strength. While young power gamers have the drive, age and treachery have their benefits, too. A lifetime of experience offers the ability to perceive more opportunities as well as understand more ways to seize the moment than just force. However, moody widower moving heaven and earth to be reunited with his lost wife is starting to become cliché.

Bagwell manages the delicate balance between game system mechanics and story, minimizing the exposition needed to cover the myriad little progressions Finn makes as he levels up in game. This allows more focus to be spent on the action in the duels and the various challenges that chivy Finn towards victory. That Finn will win is not in doubt—especially for those who have read the main series—but the journey is where the fun is.