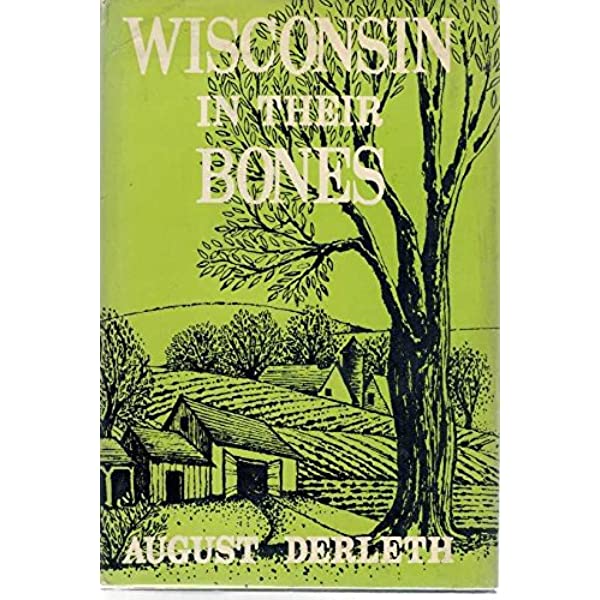 August Derleth is probably best known to the readers here for his Cthulhu Mythos stories, often billed as by H. P. Lovecraft. I am not a fan of his Mythos fiction. I do like his weird stories that appeared under the “Stephan Grendon” byline in Weird Tales. He also had some Gothic stories set in Renaissance Italy that I like.

Reading August Derleth’s “mainstream” fiction was a revelation. John Haefele pointed out in his The Derleth Mythos that Derleth had probably the highest profile of anyone appearing in Weird Tales in the middle 1930s.

A friend of mine sent me some Derleth mainstream fiction a few years back. A story that I remember is “The Christmas Virgin.” The story was first published in The Literary Review from Fairleigh Dickinson University in 1958. It was reprinted in the collection Wisconsin in Their Bones.

Steve (Grendon?) goes into a church for the annual program and has a flashback on Christmas Eve in Sac Prairie of events twenty years earlier as a youth. He went to the same church to watch his sweetheart play the part of the Virgin in a Christmas play.

He hopes to catch a moment alone to talk with the beautiful Margery. There has been a problem, as her parents never leave her alone. There is also a religious angle.

“It was the first time I had ever been in Margery’s church. It was for this her parents were so intent on keeping us apart, this church so different in its ascetic austerity from that sensuous and mystical atmosphere which prevailed at St. Jude’s.”

Margery’s mother had forced her husband to stop attending St. Jude’s. Margery’s parents have to leave early without Margery, leaving her aunt to walk her home. Margery will ditch the aunt part way and have a stolen moment.

Derleth describes the Christmas play and the narrator waiting in the shadows of a maple tree on Margery’s street. Margery parts with her aunt a block and a half away and meets Steve for a moment. She has to leave almost immediately. Steve has a revelation:

“But already the burgeoned hope fell away and died, in that moment I knew it would be like this forever and ever, with her parents coming between us like the well of the church had separated that Christmas Virgin from the boy in the gallery. I knew it would always be but a few stolen moments one night and another night and another, and the time always farther and farther between, and then no more, and in that instant it seemed it was not Margery standing there, but the Christmas Virgin, aloof, untouchable, forever held away from love and the wonderful ecstasy of its fulfillment.”

The story ends with the end frame of Steve walking down the same street:

“I though of how the year word down the fragile love between us and hid Margery away forever save for moments like this, unforeseen, unknown, and I felt again all the lost hope, all the despair, all the bitter disappointment of the boy who stood there that night watching his first girl running down the street away from him toward the house with the porch-light where her parents waited; and it was as if somewhere along that street of moonlight and shadows, somewhere in that world of snow and barren trees just ahead, that lonely boy waited still for the day and the hour that never came.”