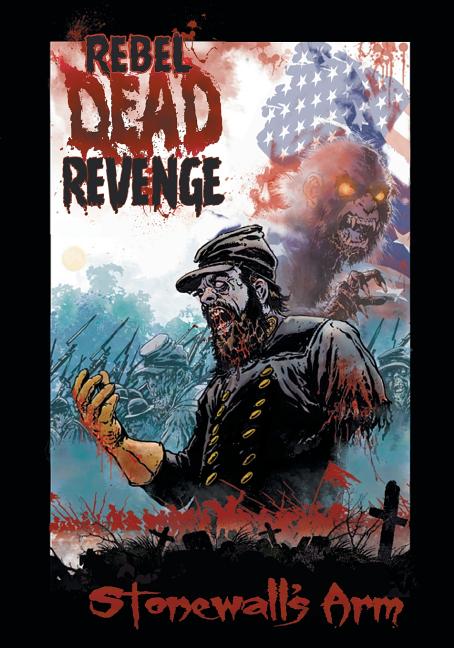 Confederate general Stonewall Jackson has fallen, mortally wounded at the Battle of Chancellorsville. Taken from the battlefield to his deathbed, he is not afraid to die, but Satan has different plans for him. Playing on the vanity of an aged voodoo priestess, the Devil decides to raise Stonewall from the grave and place the greatest tactical commander of the Civil War at the head of an evil army of angry dead.

This is the biggest comic project that Dark Legion has published yet, a 340-page masterpiece written and illustrated by Savage Sword of Conan illustrator Gary Kwapisz. It is available in a stunning 10×7 edition for $34.99 from the Castalia Direct store, and it will probably NOT be available in a digital edition for reasons of your hard drive is not big enough.

If you’re not prepared to dive in all the way, a 42-page first chapter is also available.