The Fourth Kind of Science Fiction 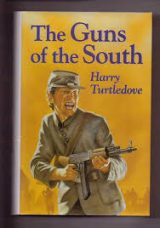 Previously, I discussed Asimov’s three kinds of science fiction: gadget, adventure, and social. And while the trio of gimmick, social, and adventure science fictions better describes the wild and woolly mess of science fiction than the binary set of hard and soft science fiction, new sub-genres have cropped up that don’t quite match the categories Asimov created. Now, Asimov’s categories are descriptions based on function, so many hybrids exist. But there still remains one category outside this spectrum.

Most speculative fiction attempts to peer into the Great Unknown in the hopes of better understanding who were are and where we are going, as in Maurice Renard’s definition of the scientific-marvelous. But some speculative fiction dives into stranger alleys. What if Star Trek and its expendable redshirts were real? What if, after Sauron was defeated, he was forced to work at a McDonalds? What if a girl was reincarnated into the villain of her favorite visual novel? What if the Soviet Union sent AK-47s back in time to the Confederate South?

Welcome to gimmick fiction. Here, science is a worldbuilding conceit to be explored for all its consequences, no matter how mundane, glorious, or humorous the result may be. And while many of these stories are adventures in absurdity, all are unflinching in answering the question of “what if?” Like Asimov’s science fictions, this category hybridizes as well, most often with adventure, but much of alternate and counterfactual history blends into social science fiction.

Gimmick fiction is a bending-inwards of speculation from the unknown to how the known changes if one assumption is changed. While it lends itself to humor and light adventure, it also lends itself to counterfactuals. If Asimov’s Three Kinds of Science Fiction can be boiled down to: 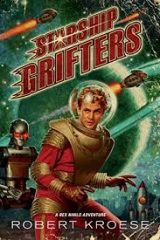 then gimmick fiction is:

The key to detecting gimmick fiction is determining if the story’s central conceit be reduced to a single question or conceit. Granted, this can be easier to see with light novel titles that shout out their gimmicks such as Reborn as a Vending Machine, I Now Wander the Dungeon, I’ve Been Killing Slimes for 300 Years and Maxed Out My Level, and The Devil is a Part-Timer!, but much of hard alternate and counterfactual history follows the same course. What if Sam Houston was not wounded at a key battle in his youth? What if the South won Gettysburg? And so on. But the consequences have to arise from this question. A simple reskinning of historical events into space opera, as David Drake and others are prone to do, lacks the wild exploration of consequences needed for gimmick fiction. In some ways, gimmick fiction has the lowest bar of entry of all the kinds of science fiction, as a writer need only a compelling “what if” and a novel answer in reply.

Like many a joke, gimmick stories have a tendency to linger well past their punchline. But the audiences for such stories exist and are fervent in their support. With shared universes such as the Kutherian Gambit and Galaxy’s Edge: Order of the Centurion perched on the top of the science fiction lists, it is important to remember that they are treading along the same trail blazed by 1632, which dared ask what would happen if a West Virginia town traveled back in time. The result has been a kudzu vine of success leading to a mountain of fan works, new writers, conventions, and imitators. One thing is certain, as science fiction continues to turn inward from exploring the unknown, gimmick fiction is becoming more common on the shelves.