The Heroes of AVALON: Fazer

Now that we’ve got several scripts done, it is clear that CHUCK DIXON’S AVALON is really going to be very different than the Alt★Hero comics proper. Whereas Vox Day likes to focus on worldbuilding and city-level events of international significance, Chuck prefers to go street. He’s focused on citybuilding, crime-fighting, and street-level events, and while the city of Avalon is an integral part of the universe of Alt★Hero, it is a small, detailed, and distinct part of it.

FAZER is one of the first new characters created by Chuck and he will be appearing in both the first and second issues. FAZER is King Ace’s crime fighting partner. He’s the brains of the pair and resents being referred to as a sidekick. The guy has a very short fuse. He’s much slighter and shorter than King Ace. His power is the ability to phase through solid objects. He can maintain the phasing stage only through tremendous concentration. Fazer wears an all-over suit that hides his face entirely. The suit is made of leather as Fazer can only phase organic materials. Fazer is Hapa, with a white father and a Filipino mother. 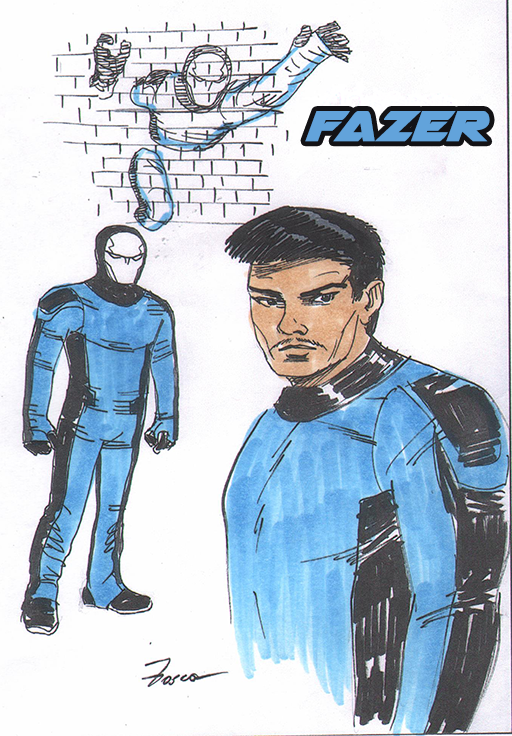 The amazing thing is how, in just two issues, Chuck has already managed to create intriguing characters with distinct individuality and complex personal relationships. It is no wonder he is considered a comics legend. And yes, if you think you recognize the artist’s signature, it is indeed the gentleman you have in mind. He is illustrating CHUCK DIXON’S AVALON #1.