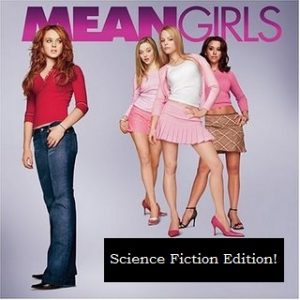 If you don’t already follow Jon Del Arroz on Twitter, you’re missing a lot. His trolling of the “Mean Girls” club of science fiction this past week his been prime entertainment. But it turns out there’s more to this than you might expect. This is all part of his research into just what has happened to the field:

The truth is, there’s no sexism against women in the professional paying field. Readers may discriminate by not buying these over-politicized nonsense rags, but if anything, these companies are actively not buying stories from men. It is much harder as a man to get published in the field than a woman — and this doesn’t even go over the “female protagonist” angle, where almost every protagonist has to be a “strong female lead” whether it’s a male or female writing. There’s plenty of research to be done there, but I think if you look at those numbers it’ll be even more staggering. None of these groups produce content for men/boys.

Those numbers are staggering. Seriously, go take a look. If you’ve found yourself unable to get excited about much that’s been published since 1980, if you’re continually gobsmacked by the sort of “strong male leads” (aka heroes) readers could take for granted before 1940… then this might have something to do with it!

If you’re a man, even with the skewed results of the legacy three magazines of Asimov’s, Analog and F&SF, that are vocal about the fact that they’re proportionate in representation of submissions, you’re hosed. An analysis of all the markets that accept these submissions on a monthly basis (I left out Lightspeed Magazine which has dead even results), the total discrimination against men is big. The totals of all stories published in this market survey over a year are:

Which means women have a 14.3% advantage just in sheer numbers of stories published. If the industry holds with ratios of 4:1 submissions, and say the accepted represents about 1% of all submissions, it means there’s about 91,300 submissions in the industry. Rough estimates puts men at 73,040 submissions and women at 18,260 submissions.

Staggering. Men are at an extremely severe disadvantage in the industry. Of course there’s anthologies and all that — and those mostly get their big name authors and only have a couple slots for submissions anyway based on editorial invites. There are several women only anthologies per year, and never any men’s only.

Really, if you’re a man, you cannot submit to these markets. It is a waste of time for your career because you will fail, and it’s because you’re a man. If you’re intent on being in this industry I highly recommend taking an androgynous or female pen name so you don’t get discriminated against, and don’t give the editors clues to your sex until after a story’s been accepted.

If you’re a guy that’s had a life long dream of having your science fiction masterpiece accepted by a big time New York publishing house and then have your box of hard-backed edition author copies delivered to by the guy the used to bully you in high school… then you need to get a new dream. 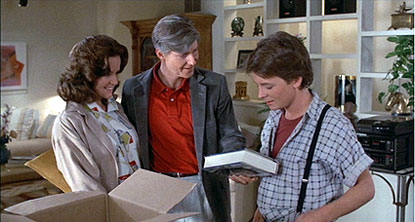 Fortunately, it’s never been a better time to jump into the game. Between Cirsova, Astounding Frontiers, The Magician’s Skull, Lyonesse, and Storyhack there is a revival of the sort of short fiction scene that is much closer in spirit to the one that the grandmasters honed their craft in. And if you want to up your game and jump into the real big leagues of hard core independent publishing, Brian Neimeier’s podcast On the Books will tell you everything you need to know to get going.

If you’re still on the bench, it’s time to get in the game!