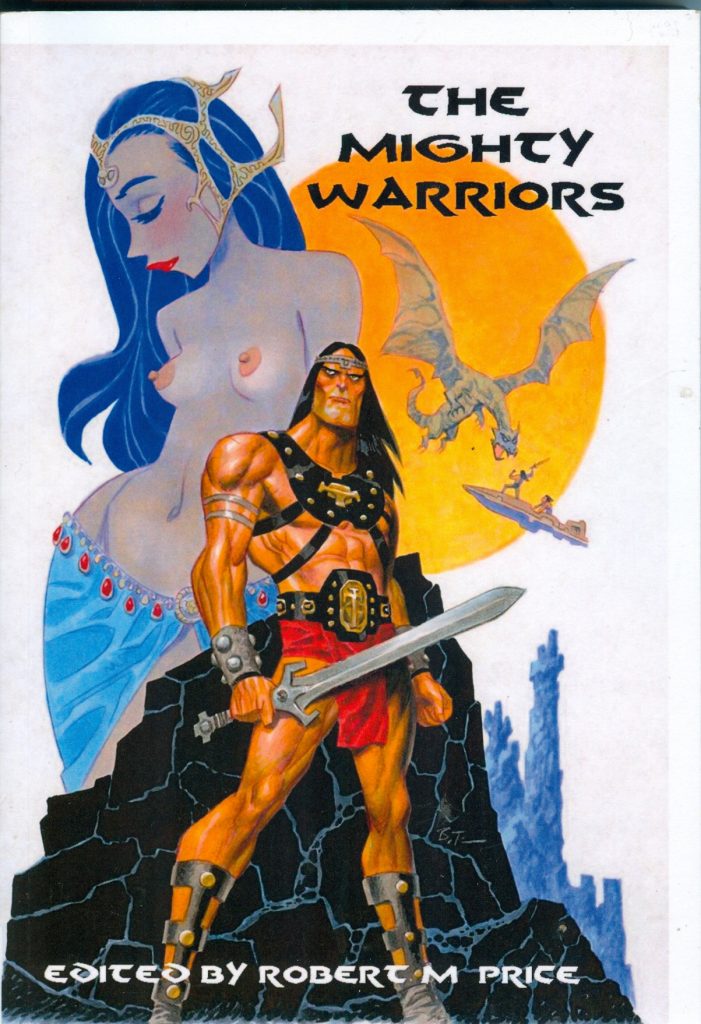 The 1970s were the heyday for original sword and sorcery anthologies with original fiction. Lin Carter’s Flashing Swords series was the first. Andrew Offutt’s five volume Swords Against Darkness did a great job of bringing some small press writers to a wider audience. Heroic Fantasy edited by Gerald W. Page and Hank Reinhardt was the high water mark for an original anthology could do.

The collapse of the genre in the 1980s lead to an absence of this type of anthology. There have some good small press anthologies in the past ten years– Return of the Sword and Griots come to mind.

The newest entry is The Mighty Warriors from Ulthar Press and edited by Robert M. Price. The title is continuation of two Lancer anthologies from 1969, and 1970: The Mighty Barbarians and The Mighty Swordsmen.

Size is trade paperback, 6 x 9 inches, 240 pages. Cost is $19.95. Cover is a cartoony caricature of Thongor by Bruce Timm Contents include 11 stories, an introduction by Robert M. Price, and three small appendices.

“We live in a day when a malaise chokes the land and its pitiful people. Americans and Europeans have succumbed to what Nietzsche called the slave morality, the slave mentality. We scorn heroes, binding them to the ground like the once-towering Gulliver because we do not want to be reminded that we too, could tower, could rise, could bear the burdens of greatness. Conan, Thongor, Elak, Imaro, and their fellows remind us of the heroic possibility.”

“Spawn of the Sea God” by Adrian Cole is the third of his Elak of Atlantis pastiches. Henry Kuttner originally created Elak who appeared in four stories in Weird Tales from 1938-41. Elak is a good character to continue because Kuttner gave him little personality. Described as “lean and wolfish” by Kuttner, Elak is dwarfed by the supernatural menaces in the original stories.

I have read the two preceding Elak stories by Adrian Cole. One thing that had me scratching my head was the reference to “the Empire.” Somewhere, I 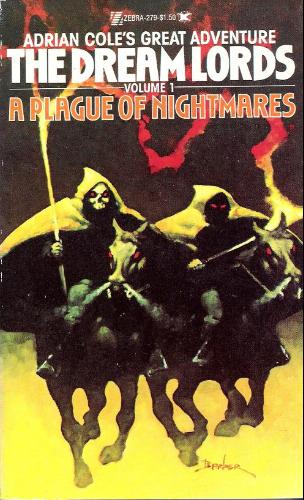 missed Elak going from king of his native land to all of Atlantis being united into an empire. Skullduggery is afoot with a sorcerer attempting to infect Atlantis with slug creatures while some god entity is being summoned from the sea. The story ends inconclusively so an immediate sequel is probably in the works.

Cody Goodfellow’s “The Corpse Crusade,” a story set in Clark Ashton Smith’s Zothique. I know I have read at least one Goodfellow story in Book of Cthulhu II, but I don’t remember it. A deceptive king treacherously kills a famed mercenary captain, has the corpse revived, and sent to wipe out a marauding band of bandits. The problem is the bandits are Ghori, the jackal creatures from Clark Ashton Smith’s “The Charnal God.” The mercenary band is wiped out except Thrascus the un-dead captain. Taken to an undying enchantress this portion of the story is somewhat Smithian. It went off the rails with a science fiction element more akin to Jack Vance’s Dying Earth and then the vengeance of Thrascus on the city of Avandra.

Robert M. Price has been writing new adventures of Lin Carter’s Thongor. “Thongor in the Valley of Demons” makes use of Hindu mythology as Thongor is abducted and Sumia leads an army to vanquish a demonic plague and free Thongor. 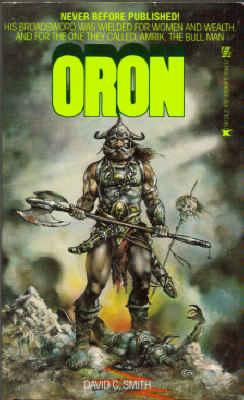 “The Shadow of Dis-Sust” is the first new Oron story by David C. Smith in a very long time. Dave Smith has some of the hardest prose in fantasy. His Fall of the First World trilogy was simply to ahead of its time when it came out. Oron aids a pre-human witch in gaining revenge against a common enemy.

Charles R. Saunders returns with Imaro in “Amudu’s Bargain.” I e-mailed Charles about the story after I read it. He said he wanted to try out the idea of what if Imaro decided to become an artist? I am always up for more Imaro, tortured character.

Simon of Gitta is another favorite sword and sorcery character. Richard L. Tierney has retired but Robert M. Price wrote a new story, “The Secret of Nephren-Ka.” Price has a wealth of knowledge of theological matters of the time of Jesus. He brings some of that to this story. It seemed rushed to the conclusion though. Reading it reminds I need to revisit the Simon of Gitta collection The Scroll of Thoth.

I have read only one Changa adventure by Milton Davis in Griots. I did like it. “The Temple of Light” has Changa taken by a sorcerer as part of a suicide squad to penetrate a temple. There is lots of sword slinging and sorcery in this one. The two Change adventures I have now read are set in East Africa. “The Temple of Light” starts in Mombasa. I contacted Milton on the origins of Changa. He is from the Congo region.

I have known Charles Rutledge for several years. He collects gothic romances for the covers and has even read a few. “Kiss of the Succubus” has his immortal barbarian Kharrn team up with Doctor John Dee to fight a succubus in England, 1570 A.D. There is some nice gothic atmosphere thanks to Charles reading of gothic romance novels. Kharrn is essentially Charles’ version of Conan.

For years, I have wanted to read some decent samurai sword and sorcery fiction. One that stands out is “Ghoul’s Head” by Don Walsh in Heroic Fantasy. 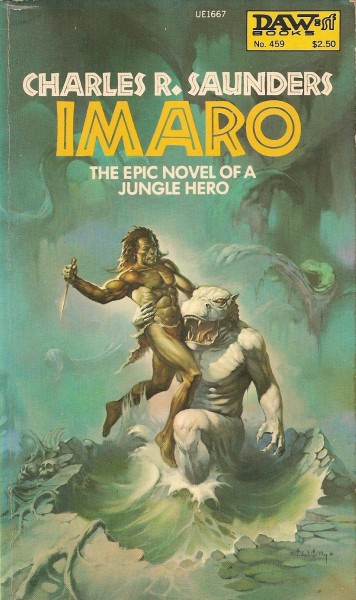 “The Living Wind” by Ken Asamatsu was translated from Japanese. This has Lovecraft Mythos overtones in it. The hero is a Buddhist monk who has some martial arts moves with his walking staff. The story has some gruesome scenes and not for the weak of stomach.

Cliff Biggers is a new writer to me. “The Last Temple of Balsoth” is very old school sword and sorcery with a rough, tough warrior and cosmic horror. I look forward to reading by Biggers in the future.

Paul R. McNamee has a story with a Polynesian type setting in “Lono and the Pit of Punkaki.” King Kapua the Big Kahuna sends a popular and potentially dangerous sub-chief to collect tribute from an island that has not delivered yet. A witch (“ka-woman”) has taken control of the Kanakas who are now worshipping a fire demon. There is also a group of captured Aztecs who escape and raising havoc. There are some different Polynesian or Maori weaponry used.

So, there you have it. If you like sword and sorcery and want to support the genre, buy this book. After reading the contents, it makes the case that homage is greater than pastiche.