The Mummy of Monte Cristo and Dinosaur Dungeon 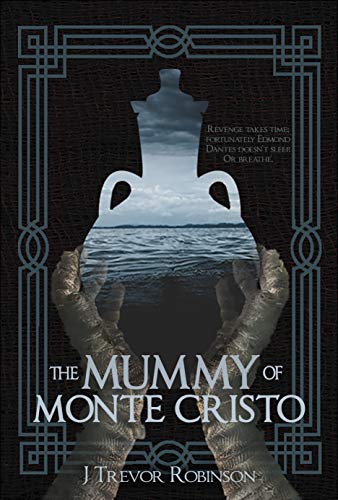 Sometimes a title tells you exactly what’s going to happen in the story. J. Trevor Robinson’s The Mummy of Monte Cristo is one, splashing the classic adventure with a coat of monsters, magic, and blood. It is a thin coat, however, without rebuilding the venerable classic from the foundation up. Edmond Dantes’s search for vengeance is placed not just in the shadow of Naploeon’s return, but of a time where only the Corsican Fiend stood between the living and the undead. And to complete his goal, Dantes must become something more–and less–than human.

But while the supernatural seeps out of the background, Dantes’s transformation into the Count of Monte Cristo and subsequent revenge follow the well-worn tracks of Alexandre Dumas’s original. The restraint, in an age of careless adaptations, is admirable. Pastiche is a ancient tradition in the English language, and Robinson treats his version of The Count of Monte Cristo with reverence that keeps The Mummy of Monte Cristo from descending into parody. In a world haunted by kracken and zombies, the focus is on the all-too human foibles, failures, and betrayals–and the chess-like revenge fueled by the treasure in Monte Cristo’s caves.

Robinson affects a style reminiscent of the 1840s adventure without dipping into archaic or anachronistic choices. A couple in-jokes do fall flat, but the spirit of the original persists. And if The Mummy of Monte Cristo does what the schools increasing cannot–leading new readers to the original–so much the better. 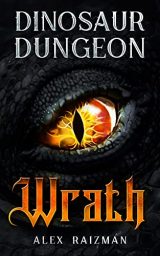 The dungeon builder genre has an established pattern, where a soul moves from violent death into a dungeon core where, guided by a fairy assistant, he learns how to change the world around him. But little thought has been placed into the purpose of a dungeon, besides as the setting for the inevitable conflicts and cozy progressions that make up the average dungeon builder’s story. And while the dungeon’s growth may be detailed in depth, the reason why dungeons exist often get hand-waved away in the rush to the traps, monsters, and mayhem.

In Dinosaur Dungeon: Wrath, Alex Raizman finally gives a reason for the dungeons’ existence: to seal away an apocalyptic entity from the mortal world. This, plus the rare female dungeon core, represent incremental but welcome changes to the classic formula. Plus, of course, a dungeon full of dinosaurs. But while Wrath does provide a stronger link between the immediate and the epic scopes, it still has to deal with the fundamental issue of an epic dungeon builder: the main character is still a hole in the ground with delusions of grandeur. And as awesome as a dinosaur dungeon may be, the kitchen sink approach to fantasy buries it under too many ideas and too many mysteries. Those looking for a well-written and a little more serious dungeon builder will find that itch scratched here, even under the multiverse trappings.